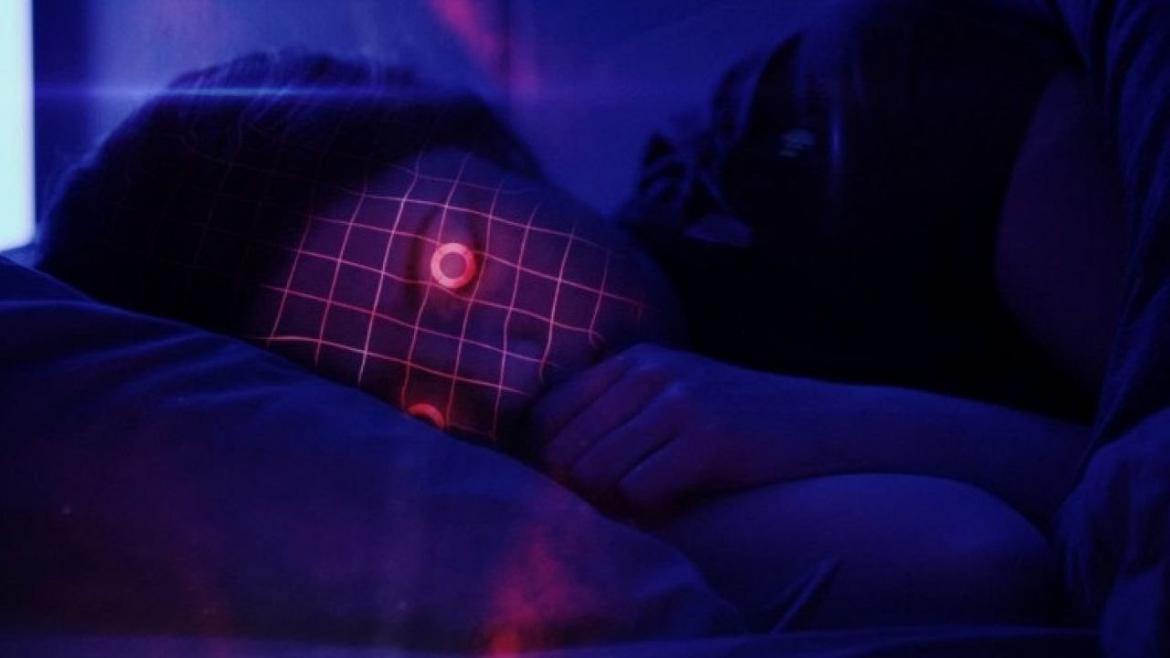 There are a few inevitable truths of the aging process, one of which sits at the heart of the sci-fi snoozer Let’s Be Evil. No matter how “hip” or “with it” you consider yourself, as you get older you will become convinced kids and their new-fangled technology will be the death of us all. Hopefully the youth-driven apocalypse scenarios that dance around in your brain are more interesting than what this film ultimately delivers.

Faced with the prospect of drowning under her sick mother’s medical bills, Jenny (Elizabeth Morris) accepts what sounds like a dream job with a group known as the Posterity Project. All she has to do is keep an eye on a group of child prodigies in a new age-y education facility. Things become less simple when she shows up at the Posterity Project, which is located in an underground facility, and is asked to don a pair of augmented reality specs. These glasses are critical to the kids’ education and they allow Jenny to communicate with the facility’s other two adult chaperones, Tiggs (Kara Tointon) and Darby (Elliot James Langridge), as well as its A.I. overseer, Ariel.

Everything seems fine at first. Fine, in this case being a relative term considering they can’t leave the underground bunker and also keep their fancy shades on around the clock, provided they want to see anything around them. This little technicality justifies the film’s use of the first-person gimmick, switching between the perspectives of Jenny, Tiggs, and Darby to show the “action,” such as it is.

As The Offspring prophesized in the late 90s, the kids aren’t alright and the chaperones eventually become the chaperoned, but with more murder. Whatever potential existed in Let’s Be Evil to succeed as a high-tech take on Village of the Damned is undercut by poor pacing and a group of villains that prove underwhelming. The kids are certainly odd right from the start, but it takes them eternity to get beyond that and odd isn’t enough to make a great villain. For most of the movie, they don’t present a credible threat and, when they finally do, it’s so rushed it fails to register.

The movie looks good, which is a credit to the work of director Martin Owens and the film’s effects team. The always-present heads-up displays could have been a constant eyesore; yet they prove a worthy effect. Sure, the recycled sets and shots may hint at a smaller scope that what was intended, but – much as they do in a film like Cube – such tricks seem a necessity to give the film’s budget a chance to sustain its big dreams.

Let’s Be Evil has a clever and always-timely thesis statement and some talent on both sides of the camera. However, the lack of a strong villain makes the choice to take off the VR specs and go enjoy the real world again an easy one in this case.