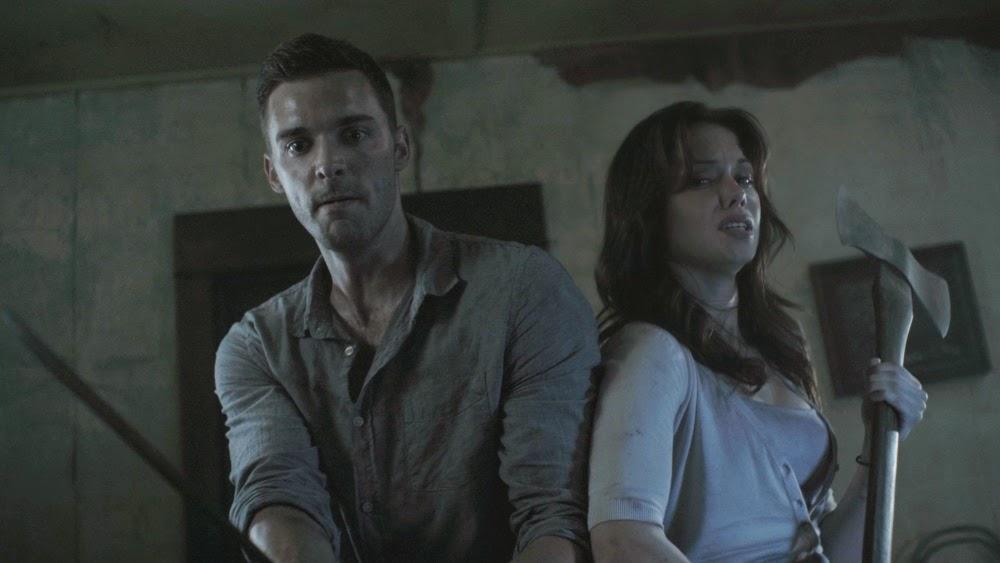 For anyone who has ever wondered about the origins of the Irish creature, Leprechaun, then Leprechaun: Origins seems to be the film to view. The exception though, this origin tale is more of a reboot than a prequel to the wonderfully classic comedy horror franchise starring Warwick Davis. He went to space and to the hood (twice!), but he seems to be dead and buried now that this WWE Studios reboot is on the scene. Starring Dylan “Hornswoggle” Postl as the leprechaun, this revamp has moments of coolness, but overall is as blank as the expression on the puppet monster's face.

Four friends are backpacking through the Irish countryside during the last week of their overseas travels. Sophie (Stephanie Bennett) is a graduate student studying history, and when the chance arises to see a hidden historical gem, she can’t pass it up. The small community of the Irish village seems to be nothing but hospitable, especially Hamish (Gary Chalk), who offers to take the travelers to a special cottage for an overnight stay before their journey to the historical stones. As night falls, Jeni (Melissa Roxburgh) is terrified by the site of an unknown creature outside the cabin. As the group tries to investigate, they realize that they are locked inside the cabin, and now the leprechaun creature has found its way inside.

The set up and first act for Origins is fairly well done. There is an opening sequence of two unknown travelers running from what is learned later to be the leprechaun. It was an effective way of bringing in the tone for the movie, and what the main cast will have to endure. Traveling across the countryside and ultimately staying in a cabin brings in many past films like Hostel, Cabin Fever, Evil Dead, and Cabin in the Woods. The problem is that Origins neither acknowledges those films, nor does it attempt to approach the sub genres in a new and fresh way.

As soon as the first act ends and all of the players are on screen, the rest of the story drags. It’s obvious what is going to happen and the ride getting there is not at all interesting. A main problem is that one of the leads, Ben (Andrew Dunbar), is plain vanilla and lasts almost until the end. They also kill off the two most likable characters, notably David (Brendan Fletcher), right off the bat. Above all of that though, the biggest issue is the leprechaun. They cast WWE’s Hornswoggle to play the character, and yet, it just looks like a latex puppet being pulled around on strings. Offering up a casting choice as tantalizing as Hornswoggle only to hide it behind a fake mask is unfair.

Overall Leprechaun: Origins is a mediocre attempt at taking the comedic leprechaun horror character and updating him to a more gruesome generation. There is one interesting and shocking kill in the story, but it's glossed over quickly and forgotten. Wait another ten years and maybe the Lep will get a reboot worthy of his golden time.