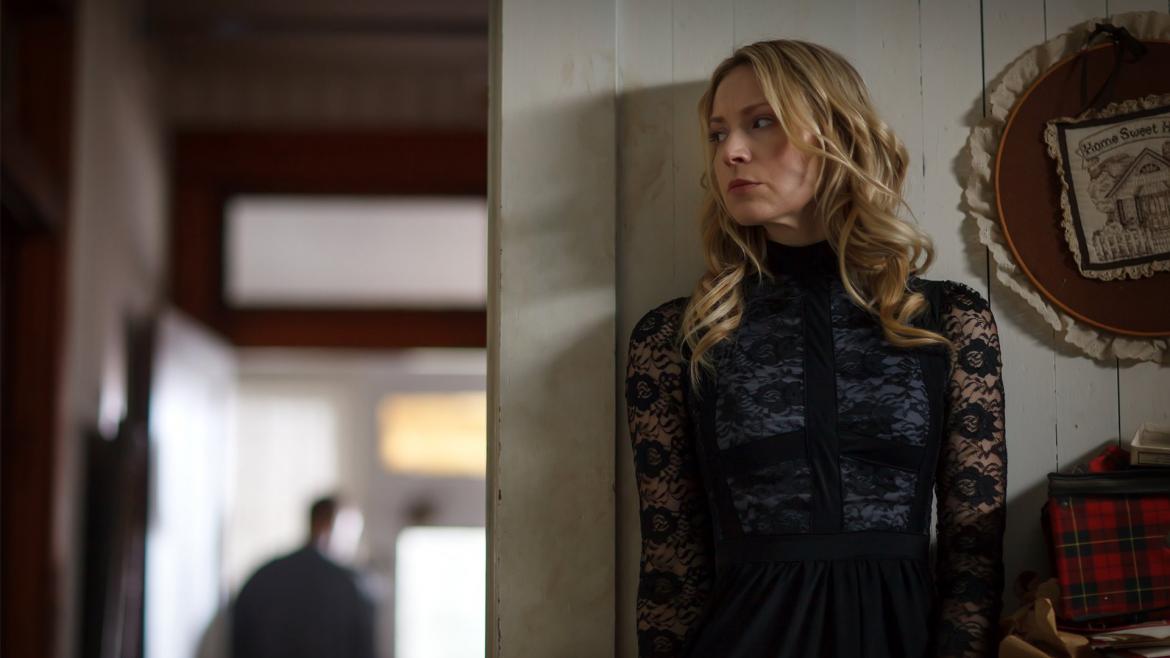 People breaking into a house they shouldn’t be in is old hat in the horror world. Some of the genre’s most memorable and influential films have revolved around a similar story. The home invasion subgenre is so well-established that it has become overwrought. The repetition has taken it to the same place that many subgenres find themselves these days: as horror movies become cheaper to make and original ideas seem scarce, straight to VOD movies abound and cynical money grabs clog the theaters.

At first glance, Intruders would almost appear to be just one such unoriginal remake, particularly with its poster boasting that it comes from the Executive Producers of Paranormal Activity and Insidious (which seems to be rapidly becoming shorthand for a less than spectacular movie). The film’s saving grace is the unique twist—our protagonist, Anna, is agoraphobic. Anna lives in her childhood home with her older brother Conrad, who is dying of cancer. The two seem to have very few connections other than each other, Conrad’s lawyer, and the delivery boy who brings food for the two every day. When Conrad passes away, Anna can’t bring herself to leave the house for the funeral and while she sits at home in her mourning clothes three men break in and Anna is unable to flee. The twists don’t stop there, but I will, for the sake of avoiding spoilers.

The film’s peculiar twist isn’t the only thing that sets it apart. The story is intricately crafted. From the jump, Intruders makes it clear that there is a lot more going on than we know, and it dispenses that information painfully slowly so it feels a bit like pulling loose threads on a sweater until the whole thing comes apart. While the movie does leave some questions unanswered, the overall effect is a well-paced and engrossing story.

The story is helped along by several strong performances—most notably Martin Starr, in an entirely unhinged and unsettling turn that is unlike anything most viewers have seen him in. Beth Riesgraf does an impressive job as our heroine as well; holding her own against the barrage of attackers.

While this movie is by no means reinventing the wheel, it certainly presents a new take on an old classic. The men who break into Anna’s home get more than they bargained for, and I’ll wager that most viewers will feel the same after finishing this movie.