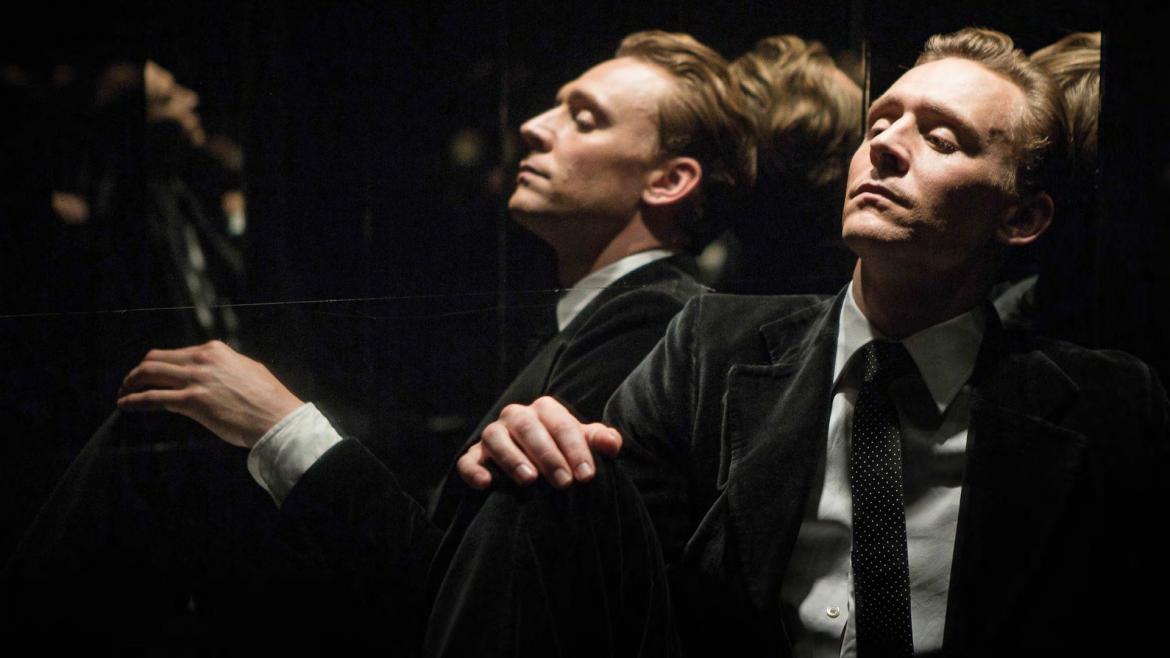 Dystopia adorned with the glossy seventies facade of a Kubrickian nightmare; High-Rise is the story of Dr. Laing (Tom Hiddleston) who moves into the titular apartment in search of a better life. Here, in the heart of the metal and glass monstrosity we bear witness to the emotional butchery, physical brutality, and madness of a system that incentivizes upward social movement by any means necessary.

Our story begins at the end. The main character Dr. Laing in the depths of the residence living off the destruction with a sense of glee, unburdened by the chains that once shackled him to the 25th floor. We are then lead back to the present with an introduction to the other residents; the sleazy sex pot Charlotte (Sienna Miller), the gruff documentary film maker Wilder (Luke Evans), his pregnant wife Helen (Elisabeth Moss) and Royal the architect who lives on the top of the building (Jeremy Irons). All of these characters as one might expect with a cast of this talent, are well acted and bring interesting takes on these architypes.

The problem with High-Rise is that these characters are never fully fleshed out enough to give us a unique understanding of them as people. As a result we never become invested in them as the power goes out and the tenants begin to turn on each other after a man falls to death from the 39th floor. This is all intends to be an extended metaphor for the failings of Thatcher’s England; the film even ends with a recording of her discussing the benefits of a capitalistic society in the hands of the people. Казино вулкан 24 отзывы реальных людей , мнение игроков о клубе.

If all this sounds resoundingly on the nose it’s because the story fails to muster the nuance in characterization and plotting that it manages in its visual style. There are countless beautiful and striking scenes in this film that gives us insight into the mental state of characters and elegant imagery. However, it never fully meshes with the editing and storytelling to deliver a fully developed and impactful film. This is all underlined in comparison to 2013’s Snowpiercer, which with a similar theme and unique visual storytelling is able to create something that feels less of a slog than High-Rise.

Despite being a film that may be dazzling in its imagery and beauty, as a film, High-Rise collapses under the weight of its own forced metaphor.