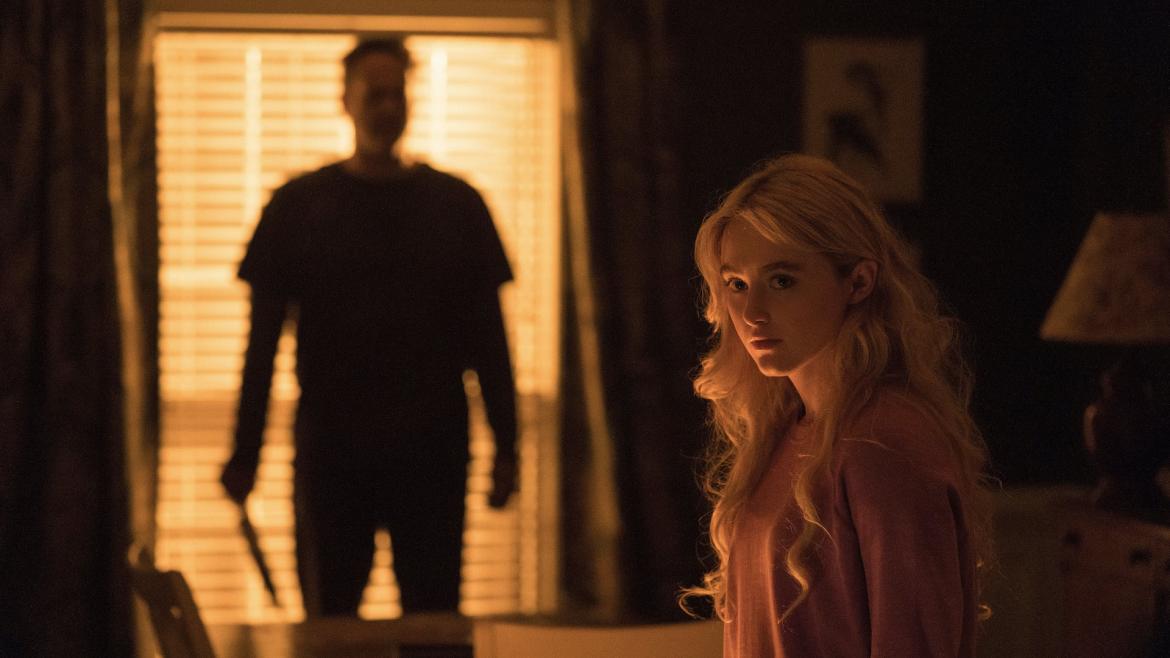 Christopher Landon’s name has gained buzz since his box office and critical smash Happy Death Day took Groundhog Day and threw it in a blender with a healthy dose of 90’s/00s teen slasher ingredients. In a genre that famously struggles to create characters that don’t feel like walking stereotypes lining up to get slaughtered, Landon gave us characters to get invested in. As a filmmaker, Landon has a clear understanding of what makes genre movies fun while cultivating a stylish approach to cool sequences that might feel gimmicky in lesser hands.

Skating in on the goodwill he has rightly earned, Landon is back with another genre mashup. Body swap movies may have seen their heyday more than a decade ago, but you’ve never seen one like this. In Freaky, the quiet and awkward Millie (Kathryn Newton) is doing her best to keep her head down and get through high school when she is almost murdered by local serial killer and urban legend, the Blissfield Butcher (Vince Vaughn). She survives the brutal attack, only to find that she and the Butcher have switched bodies.

Freaky features a new cast of delightful characters and setpieces to swoon for! A scene in which the Butcher--in Millie’s body--stalks a would-be victim through a black-light indoor mini-golf course was a standout for me. And for those who watched Happy Death Day and hoped for a little more ick factor, may we present, “Death by Table Saw”? The kills in Freaky are creative and bloody and gross, in the delightful over-the-top way that fans who miss the days of early slashers are bound to enjoy.

Vince Vaughn, who spends a majority of his time on screen playing a shy young girl trapped in the body of a large and imposing man, is absolutely spectacular. The physicality of his performance is spot on and he nails the lilting and sometimes hesitant speech pattern that feels all too familiar to some of us. He manages to play two characters outside of his normal wheelhouse, and do both to great effect.

Freaky isn’t just all about its buckets of gore; rather, the movie tackles gender with a creative and thoughtful approach. Of course in a movie where a petite girl and a large man switch bodies there are gags (both visual and in line delivery) that comment on the disorienting experience of being in a new body. However, Freaky avoids most of the crass and played-out jokes we’re used to. Vince Vaugn is perplexed by his new breasts, but doesn’t ogle them for a laugh. Millie is thrilled to pee standing up, and flap her penis around, but neither of these jokes feels off color or cringy like they often do in these movies. There is nothing sexual or exploitative to their experience; it’s simply curiosity. Even more strikingly, when Millie--in the Butcher’s body--outs herself to her crush, the two share a very tender first kiss. This scene is shot with all the gravity and seriousness as if it had been Newton in the back seat. At no point do either of the characters have to deny the sincerity of their actions and Millie’s crush doesn’t even flinch at kissing Vaughn. She’s Millie, and that’s all he cares about.

Just like Happy Death Day, Freaky takes a common trope and shows it to us in a whole new way. Who knows what story Landon will take on next, but I can’t wait!