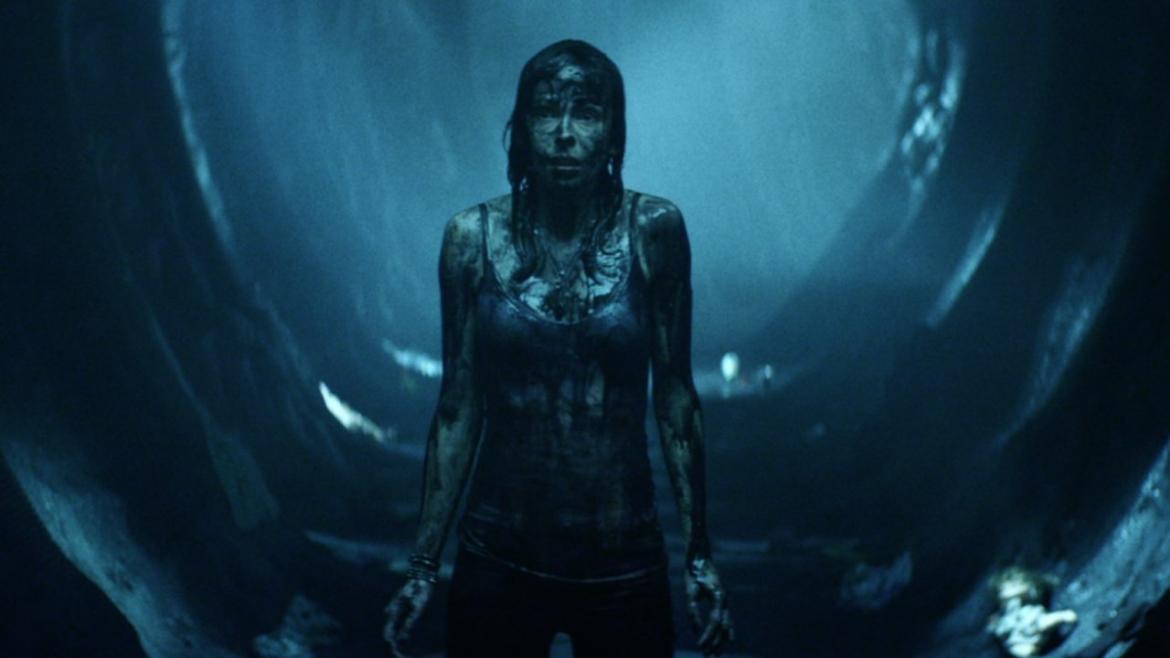 The Vicious Brothers forego subtlety in 2014’s Extraterrestrial and opt for classic in your face monster action.  This changes the flavor from your standard slow building, edge of your seat tension that you expect with little green men to something far more exciting.

When April and her friends journey to her parents cabin, the group plans on one last blow out before it is sold.  The booze and pot flow freely as they begin to settle in.  On the first night, the friends find themselves outside, attention draw by a bright fireball falling from the sky.  Seeing the explosion from the mysterious crash nearby, they set out to find out what it was.  You learn quickly that the filmmakers are here to give us an all new type of alien experience.

While the old monster movie adage of “never show your monster” is a solid rule to live by, it is a trope that can easily be over played.  Thankfully, with Extraterrestrial, the monsters are front and center from the moment of their arrival and it changes the texture of a well worn plot device.  Instead of creeping fear, we see characters reacting to threats on real time providing a much more visceral and exciting environment.  While subtlety has its place, its refreshing to see someone buck the trend.

The Vicious Brothers manage to excel when they show their creatures in full frame.  Its easy to fall prey to poor CGI effects, but the extraterrestrials who come to visit manage to be familiar, yet distorted, which leaves you disturbed.  They also manage to not look like obvious computer images which helps a lot.  Despite the upfront nature of the beasts,  we do still get some subtle moments when they appear from time to time, adding just the right amount of well-earned fright.

The movie is not without flaws.  There is some unneeded drama plugged in to the story in an attempt to flesh out the characters that leaves the film feeling a touch too long.  The action throughout the majority of the hour and forty minute run time makes up for it.  And when we get to the point where most films of this ilk decide to stop, the Vicious Brothers go for it and explore areas typically ignored.  Overall, Extraterrestrial provides is a lot of fun and an alien movie that manages to feel new.