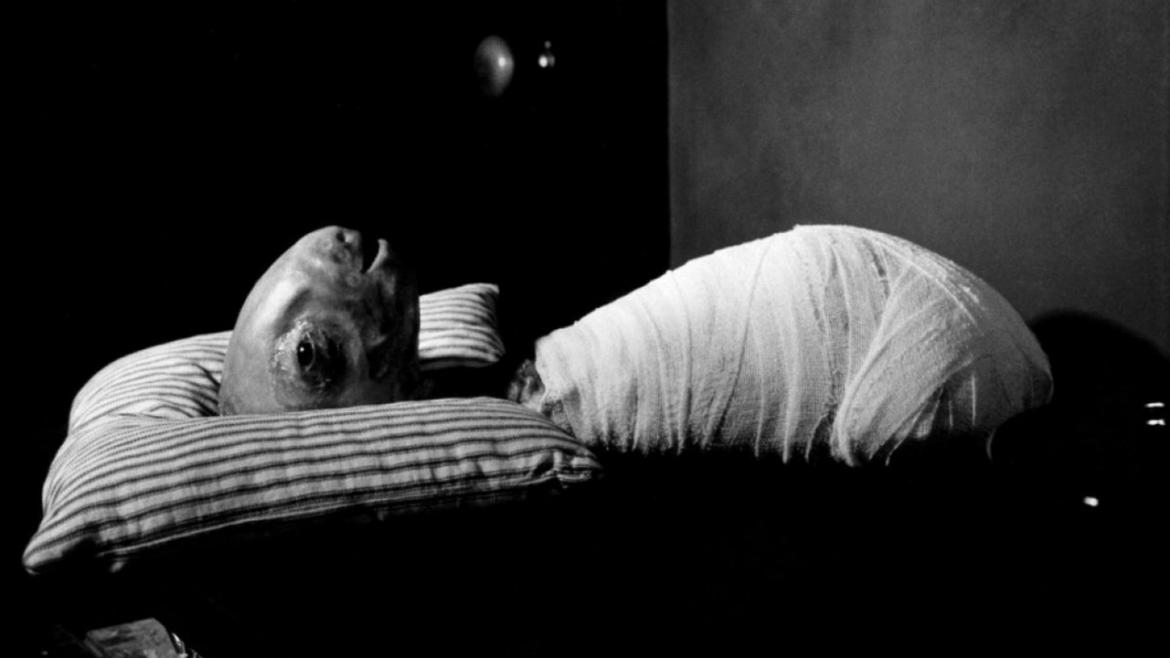 Early in David Lynch’s 1977 film Eraserhead, the main character visits his mailbox and discovers it is empty. It, like his life, is bare and unfulfilled. Later in the film, he returns to discover a small, black package sealed. As he opens it slowly he discovers a kind of ring, one seemingly rendered from the shriveled carcass of a worm; a grotesque, outlandish souvenir of the union he is unwittingly entering in his new life. This token, like Eraserhead is a reminder that not all gifts are easy to receive.

Eraserhead is the horrific, surrealist story of Henry Spencer (Jack Nance) who lives in a dystopian future amidst billowing smoke stacks and dark ominous streets. Images of his lust for the lady across the hall, a woman who lives in his radiator and the control of his future by a boil-faced, switch pulling fate are presented to the viewer in complete candor.  Then his life is turned upside down when he discovers that the girl he has been dating Mary X (Charlotte Stewart) has already given birth to his child, a horrible mutant baby that resembles a hairless mutant squirrel. From here we are treated to increasingly ambiguous and horrific imagery representing the distress of the situation and descent into madness.

Much has been written about the imagery in Eraserhead. You can find pages upon pages attempting to decrypt the hidden message of this film as if somewhere concealed in the black and white frames is the  key to unlocking its true meaning. Not only is this futile, it’s missing the point. Eraserhead is less a statement by David Lynch and more an inquiry. This film is an attempt to illicit a response, to build upon the already existent emotional and intellectual structures of the viewer and push it to a new limit.  Lynch pushes the viewer to a place where we are able to come up with our own answers and meaning. The point is ambiguity, because there is no one right answer. This could lead someone to believe this film is pretentious or meaningless. In fact the film is deceptively simple. Man impregnates girlfriend, baby drives them insane. This could easily be a straight up psychological thriller.

Instead, because of the choices of the imagery, Eraserhead claws at our brains and leaves the viewer with a dark, nightmarish journey of self-discovery.

Under the Silver Lake