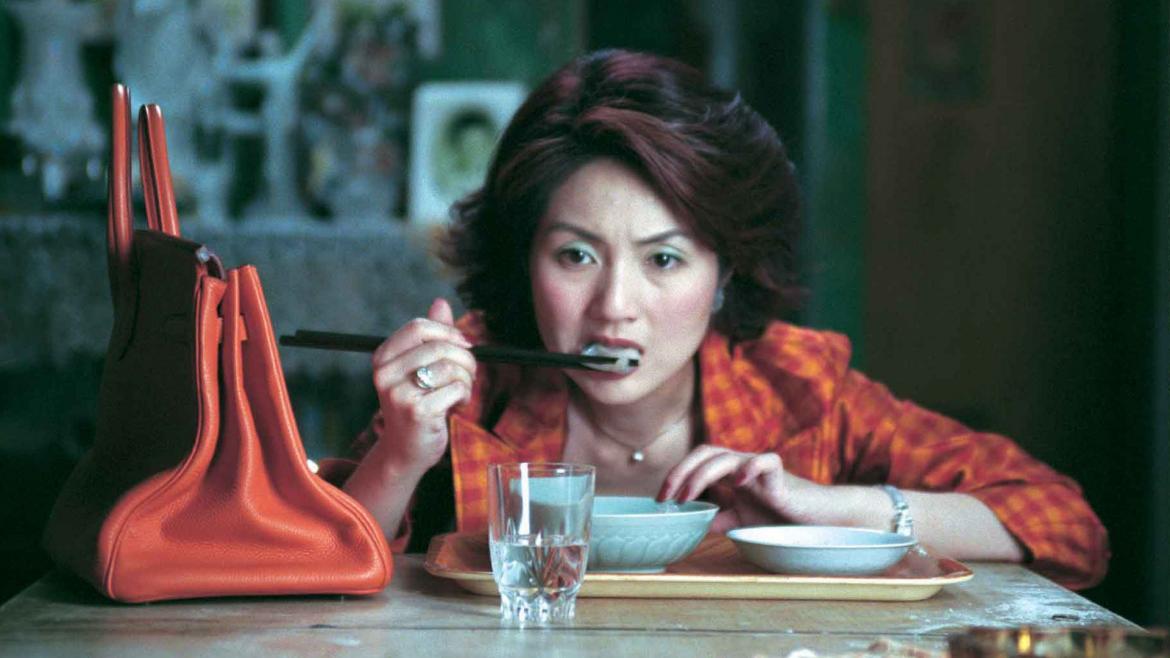 An entire subgenre of horror films is dedicated to entrepreneurs whose popular success depends on unwholesome, behind-the-curtains operations--think of Sweeney Todd, Soylent Green, or A Bucket of Blood. Fruit Chan’s frank and sober horror film Dumplings joins this list with neither a bang nor a whimper, but an unappetizing crunch.

At the film’s outset, an aging actress named Mrs. Li takes a taxi to a Hong Kong tenement to engage the services of Auntie Mei (the terrific Bai Ling), a retired gynecologist turned home cook that has cornered the black market on back alley beauty secrets. On her way, she passes a beautician applying a face mask to and threading the eyebrows of a woman in her seventies. But Mrs. Li, whose philandering older husband has abandoned his thirty-five year old wife for the company of twenty-year-olds, is on a desperate hunt for something far more potent: Auntie Mei’s famous youth-restoring dumplings stuffed with minced cabbage, fresh ginger, and aborted fetuses.

This “reveal” comes so casually, and so early in the film’s first act (around the 15 minute mark) that it hardly qualifies as one, but it introduces director Fruit Chan’s strategy for the rest of the movie. It’s shocking forthrightness, not titillation or mystery, that provides Dumplings with almost all of its horror. Since it can’t rely on suspense, or audience consensus on the ‘terror’ of abortion itself, Chan goes for visceral gruesomeness from the very start. The sound design emphasizes every slurp and chomp, and Chan has a knack for shooting closeups of his titular dish--slick, gelatinous, suggestively translucent--that may have you bolting for the nearest restroom and swearing off any filled pastry for the rest of your natural life.

Dumplings is undoubtedly a horror film, but there’s no question that opinions will vary wildly as to what about it is the most horrific: Auntie Mei’s practice, Mrs. Li’s increasingly ravenous obsession, or the ease with which Chan treats abortion as a toy box for horror tropes (it will serve Western viewers of all stripes to resist projecting their own debates onto a film set in a city where abortion is readily available and restrictions on family size are commonplace). A subplot involving a 15-year-old victim of incest is handled with potent, unsettling ambivalence, yet for the most part, Chan plays up the ‘cannibalism’ angle far more than he tries to provoke with ‘dead baby’ (this is probably the only choice in the entire movie that feels remotely safe).

In the end, Dumplings doesn’t deviate from the “Faustian bargain” script or say much of substance about the eternal battle of the sexes, but it’s a terrifically acted, carefully shot film. Зрелая русская тётка вызвала к себе домой двух мужиков на час. После глубокого минета парням, зрелка подрочила им между и сисек и дала в пизду. Смотри, как ей идёт сперма на лице https://рус-порно.org/sperma-na-lice - по ссылке. После мощного и качественного вагинального траха женщина расплылась в улыбке. Наконец-то русскую сучку выебали по всем параметрам и сделали камшот. Perhaps what’s most remarkable is its refusal to apologize for how closely it’s willing to examine its subject matter, but exactly who it is that Chan is refusing to apologize to is for you and your friends to debate once the movie is over.