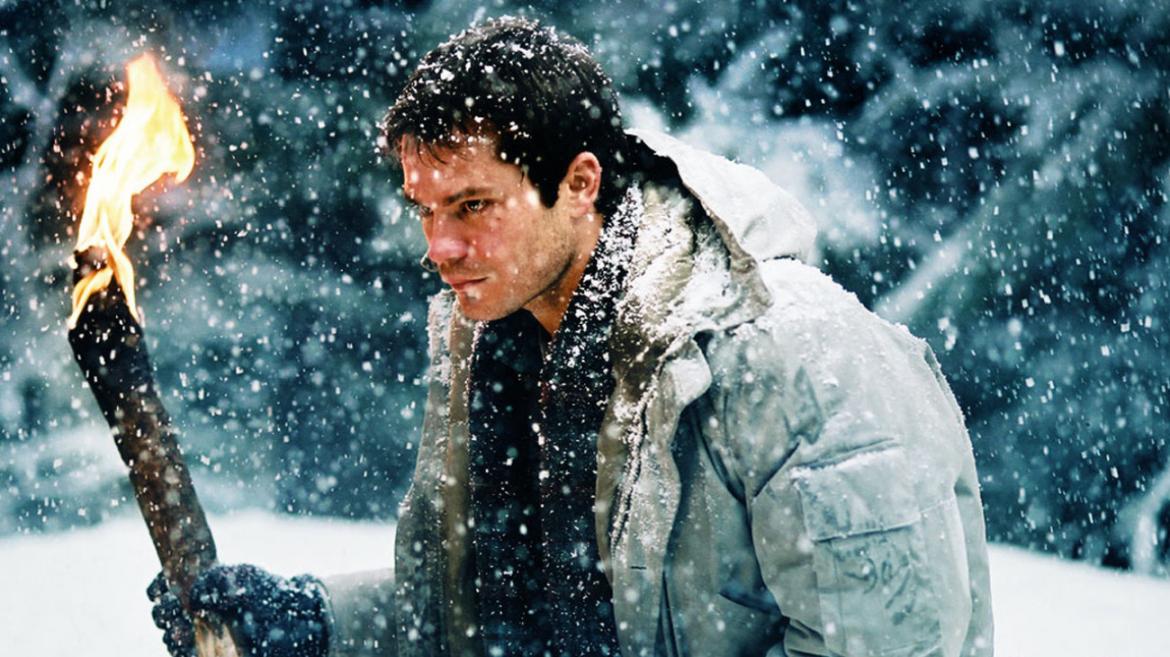 What do you get when you combine Morgan Freeman with a Stephen King story, some exploding ass weasels and a psychic autistic boy who’s actually an alien? Well, it’s Dreamcatcher of course. The Lawrence Kasdan film that reminds me what happens when I overstuff myself on green bean casserole and grandma’s pierogi on Thanksgiving. In case you were wondering, it’s a god damn disaster for everyone.

Dreamcatcher is the story of four guys who vacation every year in Maine to reminisce about their childhood. Jonesy (Damian Lewis), Pete (Timothy Olyphant), Beaver (Jason Lee) and Henry (Thomas Jane). While vacationing together they find a man wandering around in the wilderness. They rescue him, and lo and behold he’s infected with an alien that causes bloody irritable bowel syndrome and their caught up in a disastrous web of blood, poo and the undeniable bond of psychic bromance.

This is one part alien invasion film, one part disease scare flick, one part magical childhood friendship film, one part government cover-up and conspiracy film and one part blood soaked and shit infested gore fest. The end result is a film that is nearly two and half hours and bloated to the max without any rationality or sanity to tie all these pieces together into a coherent narrative. Sometimes too much is really too much as this film is also jam packed with great actors who are misused and miscast. Morgan Freeman’s velvety voice just doesn’t work as the bureaucratic government villain Col. Abraham Curtis nor do any of the main cast really hit home with their performances despite their obvious abundant talent because they

A lot of the problems with Dreamcatcher is that is incapable of driving home the central narrative of the story. The true purpose should be about the reuniting of childhood friends amid crisis. Stephen King is great at these type of stories. Growth, the perception of the child, and the innocence and the loss of it as we mature and the horrors of adolescence. All of those elements are there, but it simply can’t put a fine point on the details because of the mess of blood-spattered muppets and weird alien mind games that detract instead of elevate the thrust of the story.

In the end, Dreamcatcher has some fun moments that ultimately go nowhere and do nothing except create an exasperatingly bloody tangled mess of a film.