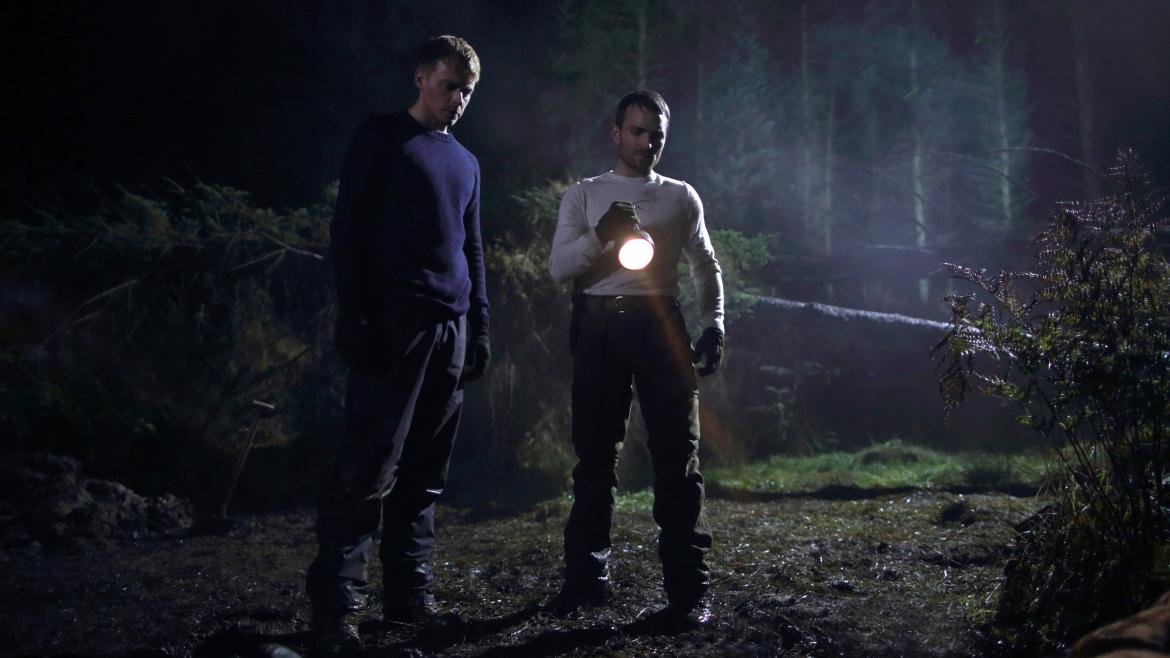 What makes a film engaging for you? Is it execution? Strong and interesting narratives? Relatability? Seeing something you’ve never seen before or accomplished in unique ways? If it’s the last, Calibre is not the film for you.

Vaughn (Jack Lowden) and Marcus (Martin McCann) are just two lads who have been friends since military school who are taking a hunting trip to a nowhere rural part of Scotland where everyone knows everyone. There they get drunk and mixed it up with the locals until mistake after mistake spirals them into nightmarish oblivion.

This is the story of Calibre. It is not a unique tale nor is it even a blistering new twist on this well-trodden path. Calibre is all that it appears to be. A tense thriller set in the Scottish countryside. Not that there's anything wrong with that. Undeniably Calibre features fantastic performances, polished directorial movements and editing and out of this world sound design. This is a film that strives towards solid execution over everything. There is a clarity of direction here by Matt Palmer that is enviable and he has crafted a nearly flawless film, technically speaking.

The issue is that this is all balanced on the viewer's ability to relate to its main characters. And this is a flimsy prospect at best. We know a few things about these characters before the events begin. Vaughn has a child coming. He chooses not to cheat on his wife. Marcus likes to snort cocaine. These are hardly a substitute for reasons of relatability. Then the horrible mistakes begin. This is the sort of film that is supposed to make you wonder what decision you would make in similar circumstances, the sort of film where mistake after mistake happens and you find yourself wondering aloud why the fuck anyone can’t just make a decent rational decision.

Well crafted, acted and directed, Calibre is the sort of film that awes viewers with technical proficiency but offers little else for rumination.