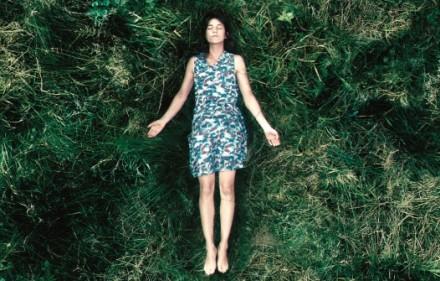 Lars Von Trier’s "Antichrist" had the kind of publicity-grabbing debut at the 2009 Cannes Film Festival that would make William Castle jealous. The preview saw a rash of people fainting at the extreme violence, was met with a rousing chorus of boos as the credits rolled and finished up with a Q&A session at which Von Trier declared himself to be “the greatest filmmaker in the world”. The film even created a rift within the Cannes leadership itself when the festival director accused the jury which awards the festival’s special prize for spiritual and religious films of attempting censorship when they created a special “anti-prize” for “Antichrist” calling it “the most misogynist movie from the self-proclaimed biggest director in the world”. Despite the many people ready to write the film off as an instantly notorious fiasco, Charlotte Gainsbourgh managed to walk away with the festival’s Best Actress award and when the smoke had cleared many less hysterical critics had some good things to say about the film.

It is ironic that a movie about pure evil can characterized by its dual nature. There are scenes of breathtaking beauty that look like a Hieronymus Bosch painting come to life that are as lush and gorgeous as anything every put to film and there are scenes of sex and violence so explicit, gratuitous and tasteless that they cross over into the realm of pornography, of both the traditional and torture variety. At times “Antichrist” is a heart-wrenchingly honest look at grief and depression and at other times it’s the kind of obnoxiously pretentious, symbolism-laden art film that most moviegoers assume all arthouse pictures to be. “Antichrist” is ultimately a failure but it has enough flashes of brilliance that it would be a mistake to completely dismiss the film.

Gainsbourgh and Willam Dafoe play an unnamed married couple who are grieving from the recent death of their infant son who tumbled out a window while they were having sex. Dafoe is a psychotherapist and he attempts to cure his wife of her unshakable grief by having her confront the place of her greatest anxiety, a remote cabin called “Eden” where she spent some time in the past with her son while she worked on a thesis about witchcraft and gynocide, the mass killing of women.

Once in Eden, the film morphs into essentially an art film remake of “Evil Dead” as nature itself rises up against the couple in the form of malicious acorns, a doe with a stillborn fawn and in an already much-ridiculed scene, a talking fox which looks up from its meal of its own spilled intestines and growls at the man in a death-metal-vocalist-worthy voice, “Chaos reigns”. In the midst of this assault from nature the woman appears to be improving at first but the husband begins to doubt her sanity when finds the remnants of her research and the results of their son’s autopsy which reveals that this cycle of evil might have begun well before his death. Казино azino777 официальный сайт играть бесплатно

This, of course, leads up to the scene of extreme violence and genital mutilation which are largely the reason for the infamy of “Antichrist”. Much like “Audition”, this scene dramatically changes the tone of the film but it’s even more jarring than those in Miike’s film because it comes with an extra layer of taboo and shock because the torture is conducted on sexual organs that we’re not used to seeing in films at much, much less being bludgeoned and sliced in extreme close-up.

It’s not all mutilation for the genitals in “Antichrist”, though. There is a massive amount of nudity and (occasionally clearly unsimulated) sex in the film, from the lavish slow motion shot of full insertion within the first two minutes to the fact that the two characters are almost constantly naked from the waist down. Turning to “Antichrist” for cheap thrills, though, is almost certainly an exercise that will end at best in revulsion and at worst in deep mental and emotional scarring. It has to be said that neither Dafoe nor Gainsbourgh are conventionally attractive and their numerous sex scenes mostly consist of their two sinewy bodies attempting to furiously rut their demons away in some of the least erotic cinematic sex scenes since “Irreversible”.

Good, bad, pretentious or over-the-top (and “Antichrist” is all of these things), perhaps the most substantial charge against the film is that it is a work of misogyny. It introduces and seems to support the premise that women are creatures of inherent evil. Whether or not this is what Von Trier intended, it should be noted that a case could be made that that “Antichrist” of the title could be either character. In fact, even though the male character ends up being portrayed as both the victim and the hero of the film, in many ways his evils are greater than his wife’s. In my own interpretation (and this film is so elliptical and esoteric that it’s bound to mean something different to everyone) there is an ugly streak of misogyny running through the film but this is really only a single thread of a much deeper misanthropy that lies at the core of the film. Von Trier was reportedly in the throes of a deep depression when he made “Antichrist” and these feelings of hopelessness and self-loathing are coded into the very DNA of this film.

The talking fox scene is probably the defining moment of the film because all at once it’s ridiculous and disturbing and pretentious and it marks the point when many viewers will be compelled to give up on the film. In the world of “Antichrist”, chaos really does reign and the slightest bit of good is always tainted with twice as much bad. Von Trier has made a difficult and punishing film that stumbles toward greatness at times but inevitably plummets into the ditch in a suicidal despair, where it lies bruised and bloody like the fox, munching on its own entrails.