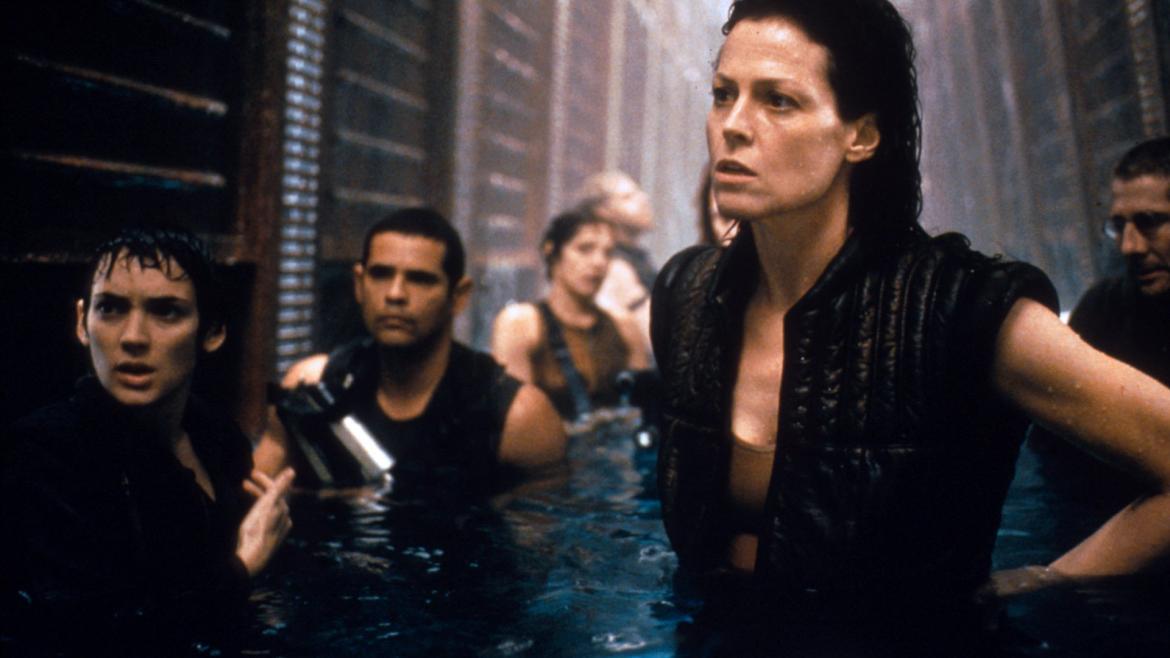 In the (sort of) fab four that is the Alien quadrilogy, Alien is the scary one, Aliens is the thrill-y one, and Alien 3 is the messy one. But what about Alien: Resurrection? The franchise’s fourth film is undoubtedly the nutty one, and that’s not just because its title refers to rebirth while the film itself, to date, stands as the narrative conclusion of the series.

Resurrection, which was directed by Jean-Pierre Jeunet (Amelie) off a script by THAT Joss Whedon, is set two hundred years after the events of Alien 3. Ellen Ripley (Sigourney Weaver) is dead; however, this is the future we’re talking about. As such, a shady military outfit has been working diligently to clone her using blood samples. Well, not so much her specifically, but rather the alien embryo she was carrying when she died at the end of Alien 3. Eight tries in and they seem to have finally nailed it, although Ripley has picked up a few new tricks as a result. The triumph proves short-lived as the military folks are unable to control their science projects and soon there’s another alien outbreak, but this time there are doubts about Ripley’s allegiance.

When at its best, the Alien franchise has evolved naturally. The first film is a tense stalk and chase movie with a lone monster, while the second is an over-the-top action movie necessitated by a huge spike in the alien population. However, under the quirky supervision of Jeunet, part four is something of a screwy, mostly unfunny comedy. Mostly. Resurrection is least funny when it’s begging viewers to laugh at the mugging, overstated performances of frustrating bit players like Dan Hedaya as the military head of the Ripley program or J.E. Freeman as its lead scientist.

Where the film’s humor works better is as it pertains to Ripley. This new Ripley – due to alien DNA crossing with her own – has the playful predatory confidence of a housecat surrounded by mice. It’s fun and effective, particularly when deployed against the grizzled masculinity of Johner, a space pirate played by the great Ron Perlman. On the subject of Perlman, his a-hole wit is also a highlight, but that should go without saying.

It’s hard to describe just how bonkers Resurrection gets without getting too far into spoiler territory. To reach that point, however, be prepared to sit through a script unable to fully commit to its own world and a lot of tired Alien plot devices. There’s another patriarchal society that doesn’t listen to Ripley until it’s too late, another “shocking” reveal about a crew member, another nefarious organization seeking to control the uncontrollable, another collection of dull-to-infuriating (Hedaya) side characters. All of that said, if Alien taught us that in space no one can hear you scream, Alien: Resurrection teaches us that, in space, it is possible to be both weird as hell and still be tedious.