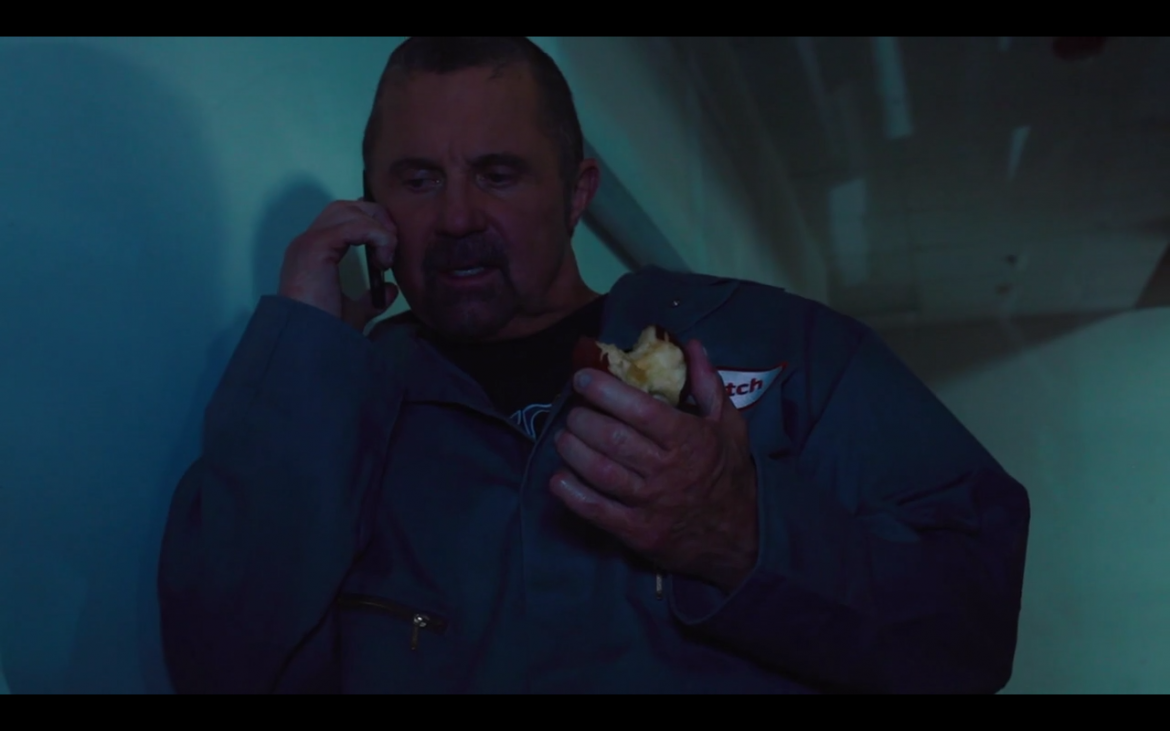 Abandoned in the Dark (Movie Review)

This indie anthology film may have you expecting something like one of the V/H/S installments or The ABC's of Death but the stories told here are much more intertwined than they may appear at first.

Told in four parts, this film does something different from what we've come to expect when we see anthology tagged on as a genre-desrciptor in horror. Each one of the segments is directed by Mike Lordi and the character and story arcs all tangle together in ways that may not be apparent at the outset. The tagline for Abandoned in the Dark presents the film as one that tells "four classic stories", which may not be entirely accurate. These four stories have elements of common urban legends or cliches, to be sure—the disgruntled employee, the desperate single-father, the adultering spouse—but none are immediately recognizable as classics.

The stories themselves are compelling at points, while dragging on at others. Several scenes do find some good scares and tension, though these scenes feel like they come too rarely. It appears that writers David Boyle and Mike Lordi still need some practice in pacing. A scene involving a hotline volunteer speaking on the phone for several minutes comes to mind as one that could have benefitted from shrinking down. And while there are several really cool threads that pull the stories closer and tighter together as the movie progresses, many other threads are left as loose ends, leaving the audience to wonder why they were brought up at all.

Several of the actors come across as genuine and play thier lines well, but some of the actors, unfortunately, appear unpracticed and sometimes hammy. The actress in the opening scene, ruffles her hair and makes strange facial expressions at completely inappropriate times, suggesting a lack of comfort and fluidity. That being said the film garners a bit of horror street cred with a cameo by genre lengend, Kane Hodder, who most famously played Jason Voorhees in many of the later Friday the 13th films.

Abandoned in the Dark hints at promise, but it has a ways to go before that potential is reached.

The Prophecy: The Ascent