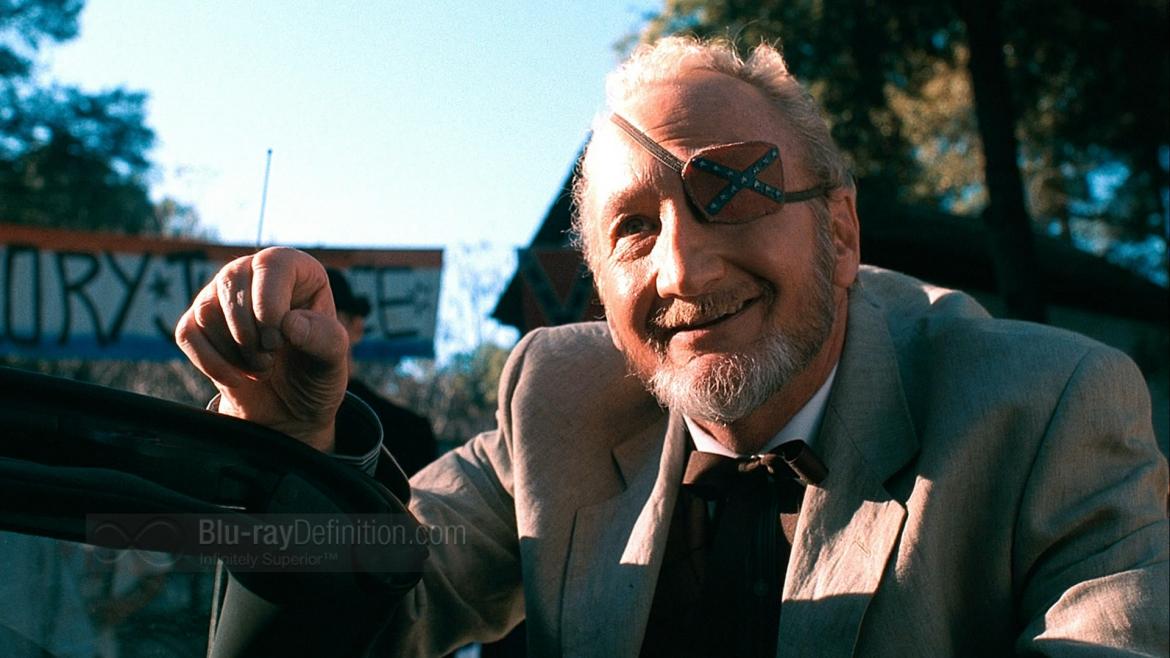 As far as horror fans are concerned, remakes are generally looked down upon these days. We're all aware of this. From time to time though they do manage to be justified. "2001 Maniacs" is no doubt a huge cult classic, but in being so it also suffers from a lot low-budget side effects. Little known to the casual movie watcher, beloved by many hardcore fans, Herschell Gordon Lewis's "2000 Maniacs" was cheap, grainy and disgusting; which is why it was so well loved.

With his 2005 remake, Director Tim Sullivan realized that the standards for gory films had changed since the days of "2000 Maniacs" and that he wouldn't be able to do a direct remake. Instead, he chose to use the important elements from the story and craft them into a newer story all his own. We still have the best parts; cannibal civil war ghosts, a crazy mayor, bizarre rednecks and unsuspecting virginal types. In fact, the story as a whole remains more or less intact. Sullivan gives a feel of reverence to Herschell Gordon Lewis, and you can sense his respect towards Lewis' work all throughout this film.

Perhaps the key factor to the enjoyment of "2001 Maniacs" is the casting of Robert Englund in the role of the town's Mayor Buckman. Englund is well known for being hammy and over the top in classic b-movie fashion and does so here in spades. He appears to be enjoying himself quite a bit as well! Beyond Englund, there are many cameos sprinkled about, spaced enough to make make it distracting and to keep it enjoyable.

Seeing the likes of Eli Roth, Travis Tritt, Kane Hodder and others, they're in just the right balance that leaves you thinking 'is that who I thought it was?' vs. 'oh god not again'. Outside of the veteran actors like Lin Shaye, the acting is stilted at best. Many of your yokels are obviously newcomers to the acting world and their delivery can be offputting at first. With enough subtle laughs happening in the background and a story that keeps the gore and jokes rolling smoothly, it ultimately doesn't detract from the film much. Throughout the entire movie, there is a definite air that all people involved are enjoying themselves quite a bit and never does the film take itself too seriously.

The stand out of the movie, much like the original, is the gore. In "2000 Maniacs", Herschel Gordon Lewis worked magic to show new and bizarre ways for people to die on a bargain budget. In "2001", Sullivan works to reinvent the original ideas behind the deaths without directly copying the master. Again, reverence and admiration show in the work of special effects with good results. With an honest to goodness drawing and quartering and a whole host of other over the top ways to die, these aspects help to make "2001 Maniacs" fun to watch.

Not a film to make you think, "2001 Maniacs" sets out to establish itself as a fun and nothing more and it reaches that goal easily. With so many other heavy handed horror films out there trying to take that mantel, this makes for a nice change. While the film went direct to video back in 2005, the popularity of the movie has spawned two more sequels with most of the bad guys coming back. The characters are memorable, they're enjoyable, they're depraved. Even our gang of milk-toast protaganists are enjoyable if not stereotypical which again, doesn't matter. If you're worried about the stereotypes, you're thinking too hard.