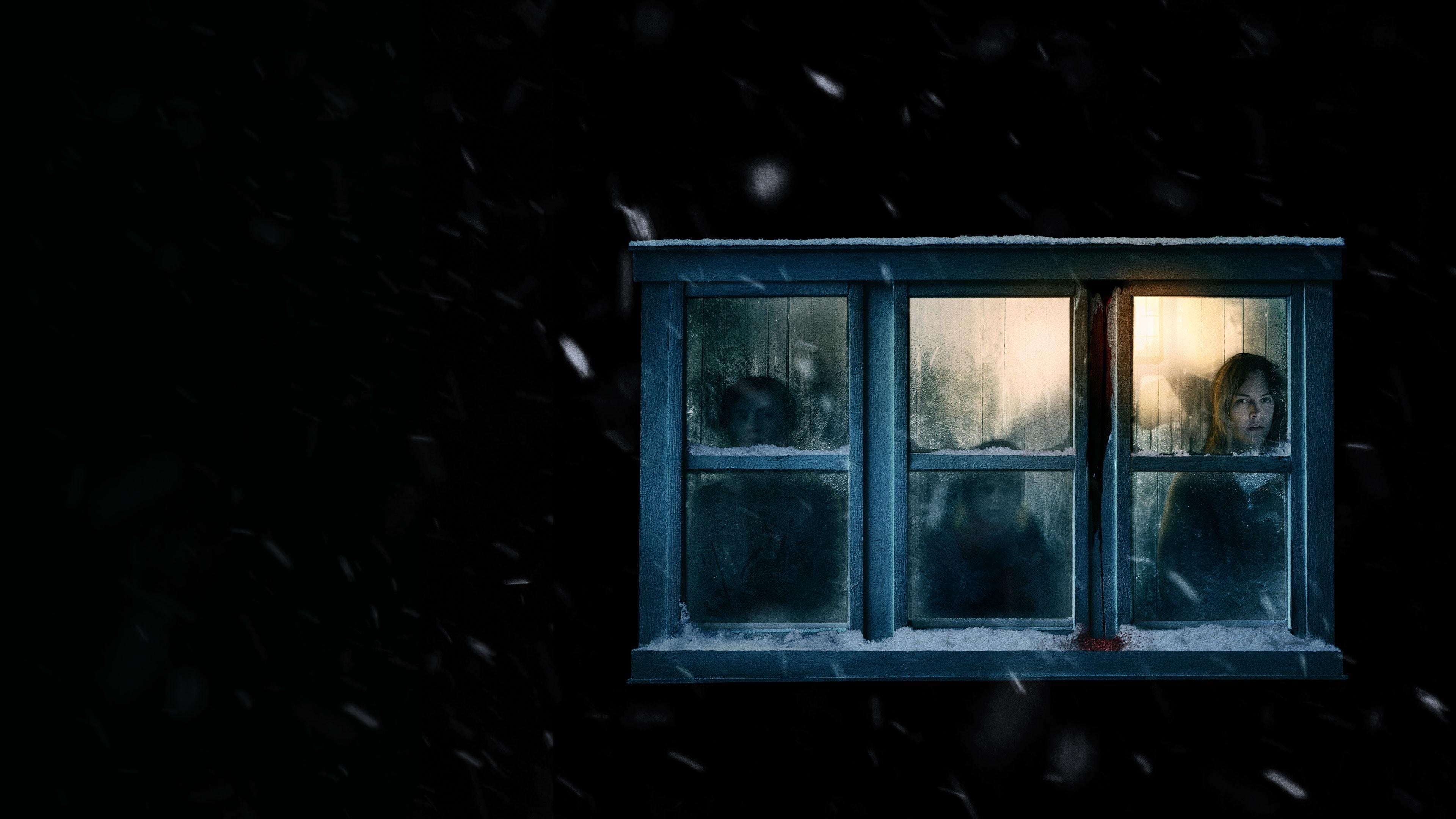 Primal Scream: Gaslighting and The Lodge

Primal Scream is a recurring feature where an actual licensed clinical psychologist and horror fan explores the depiction of mental health issues in scary movies. Plot details are discussed in detail.

Gaslighting is a powerful form of psychological abuse in which one person manipulates another into questioning their own sanity. The term originates from the 1944 film Gaslight, and the 2019 horror movie The Lodge is an excellent modern day master class in the subject. It showcases both subtle and very forthright gaslighting, while also illustrating how previously being abused in this way can make a person more vulnerable to its damaging effects if preyed upon again.  Gaslighting can create powerful triggers in one’s mind that, if reactivated enough times, can push a person into total emotional & behavioral dysregulation. The Lodge takes the audience through this entire domino effect to its devastating conclusion.

While gaslighting is often perpetrated by someone who is intentionally trying to harm another person, it can also take on a subtler form wherein one person invalidates the thoughts and feelings of another. This takes place near the beginning of The Lodge, during a tense Thanksgiving dinner. Two young children, Aiden (Jaeden Martell) and his sister Mia (Lia McHugh), recently lost their mother to suicide. She ended her life after finding out that her soon-to-be ex-husband, Richard (Richard Armitage), had become engaged to his girlfriend Grace (Riley Keough). During Thanksgiving, Richard asks Aiden and Mia to spend Christmas at their family cabin with Grace. “Are you crazy?” is Aiden’s understandable response to this. Why would two children whose mother just killed herself because of Grace want to spend a holiday isolated with her? However, in a subtle form of gaslighting, Richard responds like nothing is wrong, and tells the children that they should want to get to know their stepmom-to-be. This is a foreshadowing of much more extreme forms of gaslighting to come. 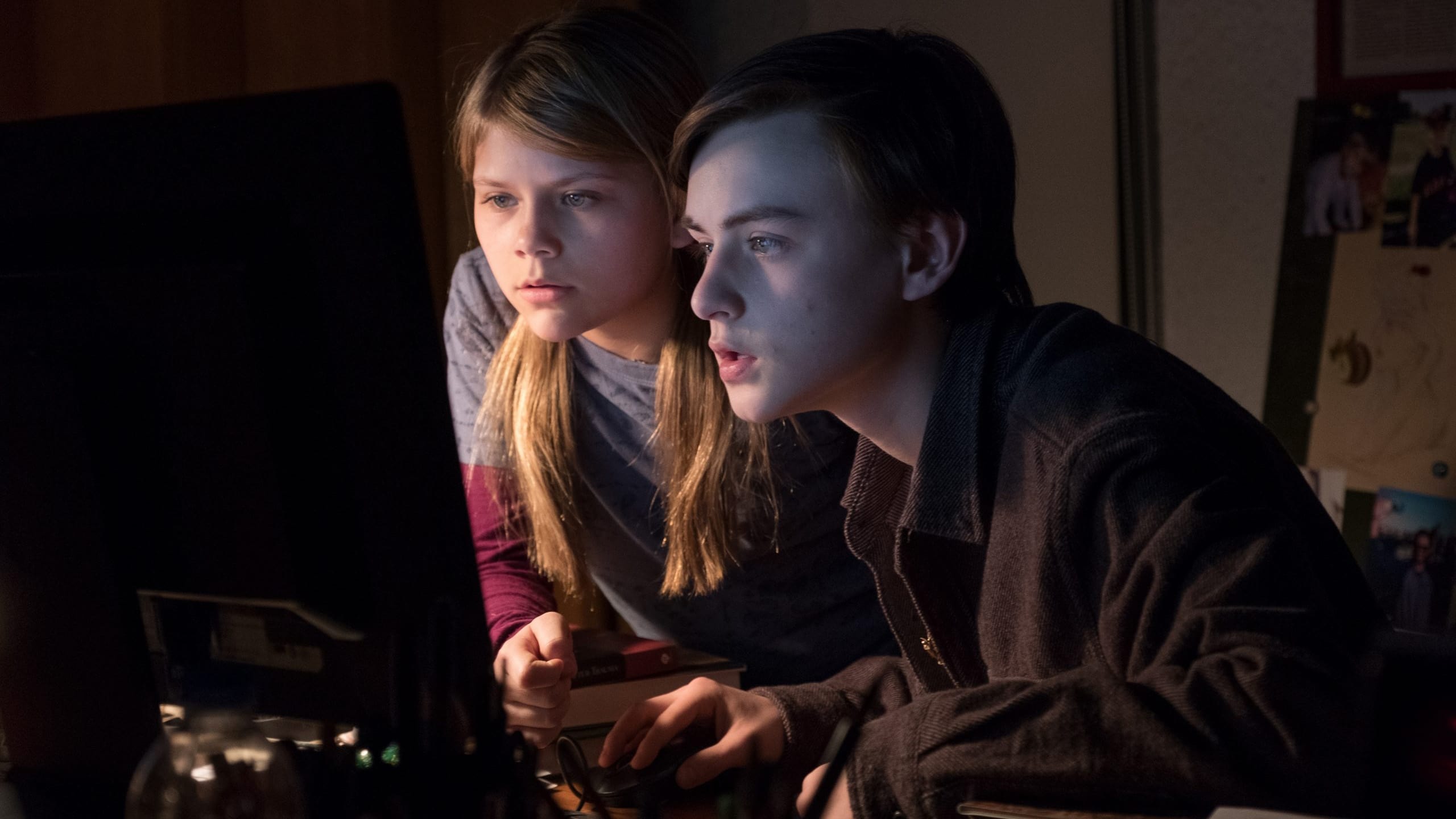 The audience soon learns that Grace is the sole survivor of the mass suicide of a fundamentalist Christian cult that was lead by her father. She is in the process of trying to recover from this massive trauma and put herself back together again, including getting herself a dog as a symbol for her new freer life. Unfortunately, Grace has found herself in the midst of more people who want to manipulate her for their own ends as her father did. Aiden and Mia have planned to try and drive Grace crazy once their father leaves them with her while he returns to work. Grace being abandoned by yet another absentee father figure undoubtedly trips some trauma triggers deep within her mind and starts the dominoes falling, on a subconscious level at the very least.

What the children don’t realize is just how dangerous it can be to try and psychologically manipulate someone who is already on unsteady mental ground. Initially Grace handles the trip well, but eventually takes down a religious painting in the home after it triggers some intrusive memories of her life in the cult. She begins to have a series of cult-related nightmares after which she wakes up on the floor next to her bed, likely because the children put her there as she slept. Mia secretly puts her favorite doll in one of Grace’s drawers, which causes Grace to begin to doubt her own mental state.  Christian iconography around the house continues to trigger Grace & put her into a heightened state of awareness around her trauma history. 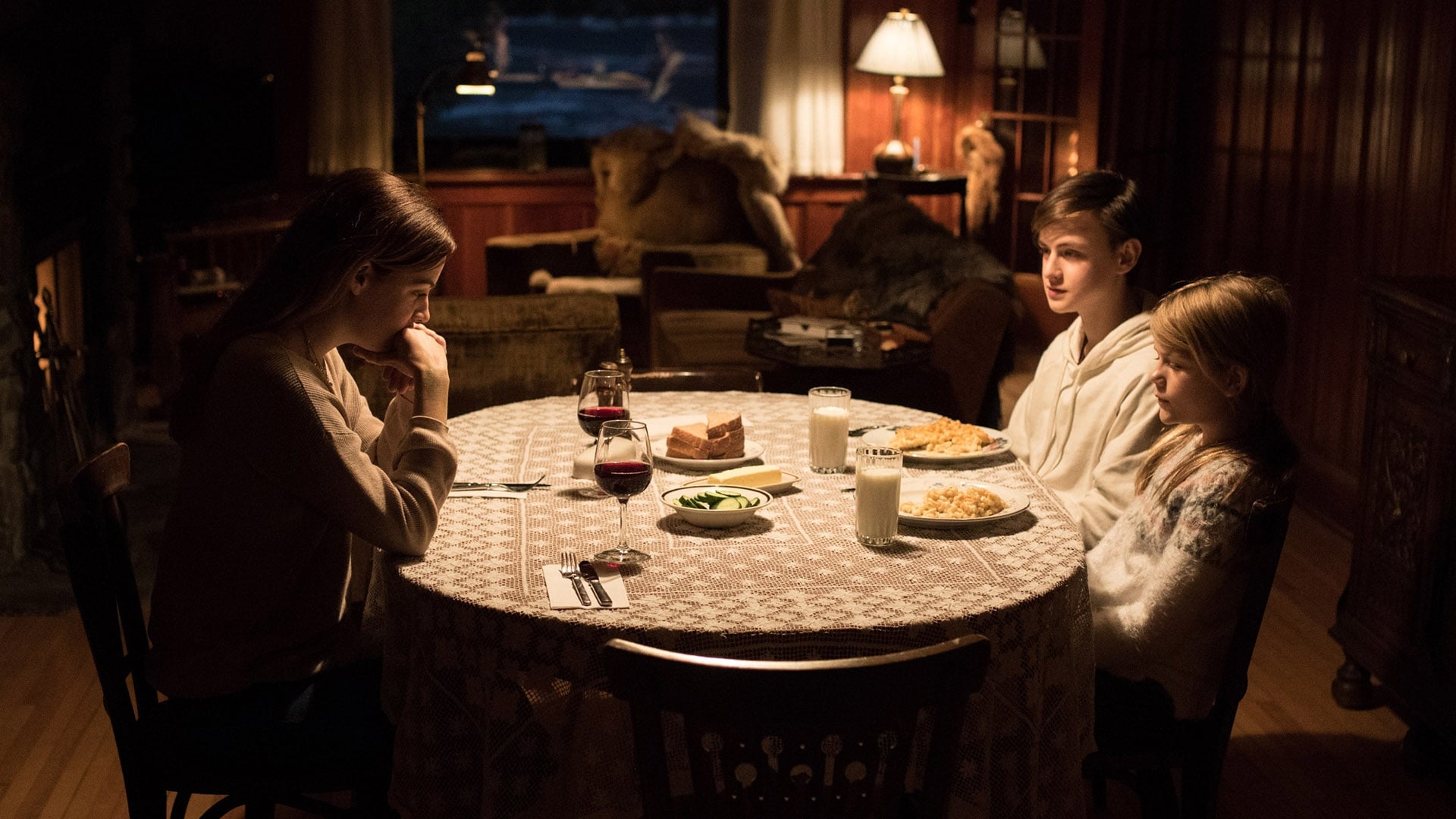 One night Aiden places a gas heater in the living before they all fall asleep there.  While Grace sleeps, the children take down the Christmas decorations she had put up, take all the food out of the refrigerator, hide the gas heater, turn the power off, and put the religious paintings back on the wall. They even hide Grace’s psychiatric medication and let her dog out into the freezing cold weather. When Grace wakes up to find the lodge empty, she initially believes the children are behind it but begins to doubt herself the more the kids feign ignorance.

Like a cult, gaslighting creates an alternate version of reality for someone to live in and this is what the children are doing to her here. They tell her she sleepwalks all night, and Aiden tells her he had a dream that the gas heater killed them all in their sleep. This plants the familiar seed of death and afterlife in Grace’s mind. When Grace tries to bathe, the steam causes the word “repent” to appear on her mirror, just as Aiden planned it would. She continues to lose mental footing when she sees a vast field of snow angels outside the house that would have been very difficult for the children to do without her noticing. 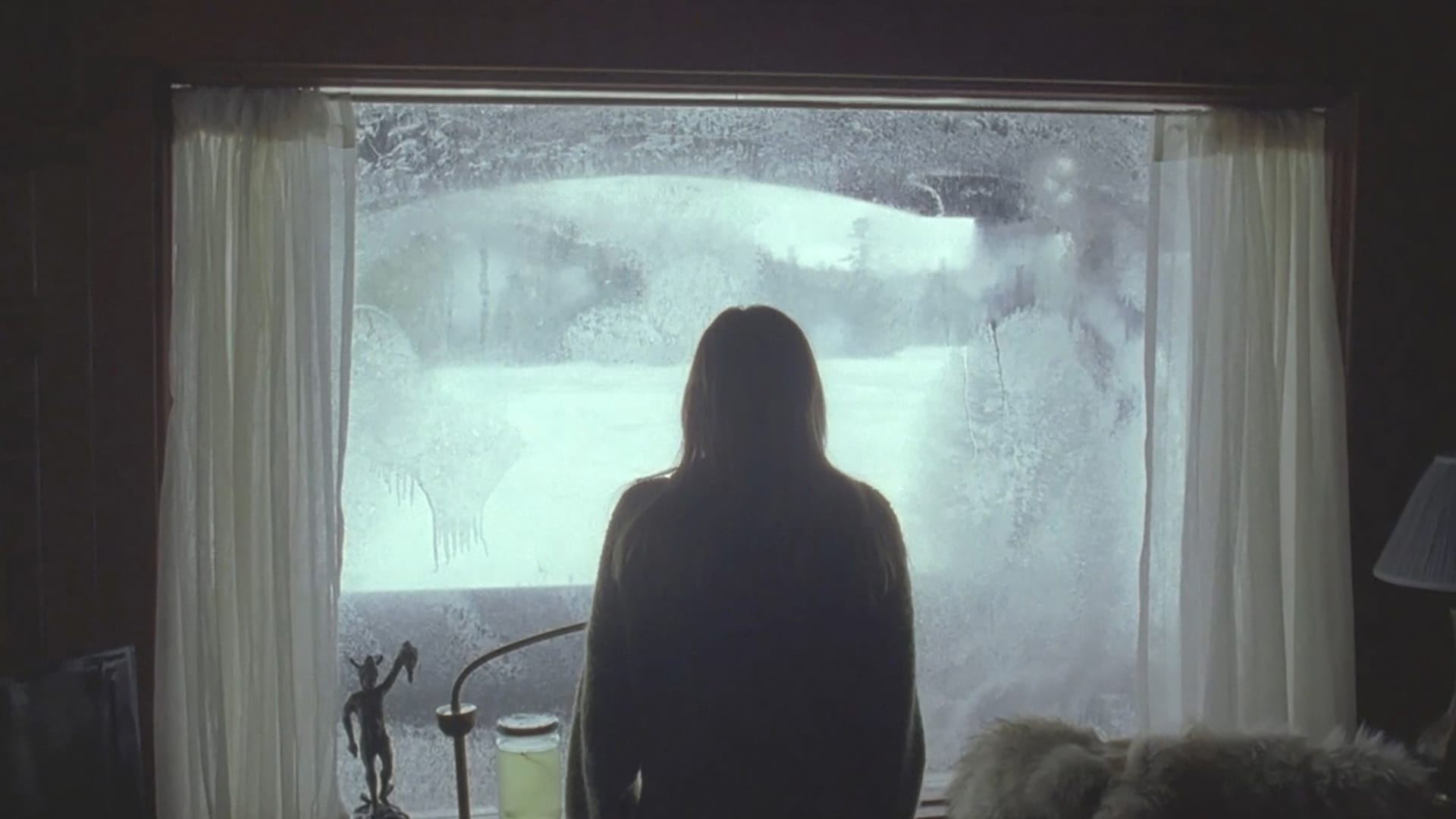 The children’s gaslighting continues to cause Grace to lose touch with reality, and they don’t have far to push her before she completely snaps and becomes a danger to herself and/or others. Aiden makes a fake obituary for them, shouting at Grace that they are stuck in purgatory and have to repent for their sins. He even goes as far as to pretend to hang himself, showing himself to be a much younger version of her father in training. This causes her to pray to Mother Mary for protection, something she likely hasn’t done in a very long time. As her father’s voice plays on a loop from a speaker the children placed in the attic, Grace tries to prostrate herself in the snow in order to be forgiven for her sins. It is then she finds her dog, frozen solid. This is ultimately what causes Grace to revert totally into her traumatized, cult self. The symbol for her new, free life has been killed and the stress of this causes her to believe the lie that she cannot trust her perception of reality. 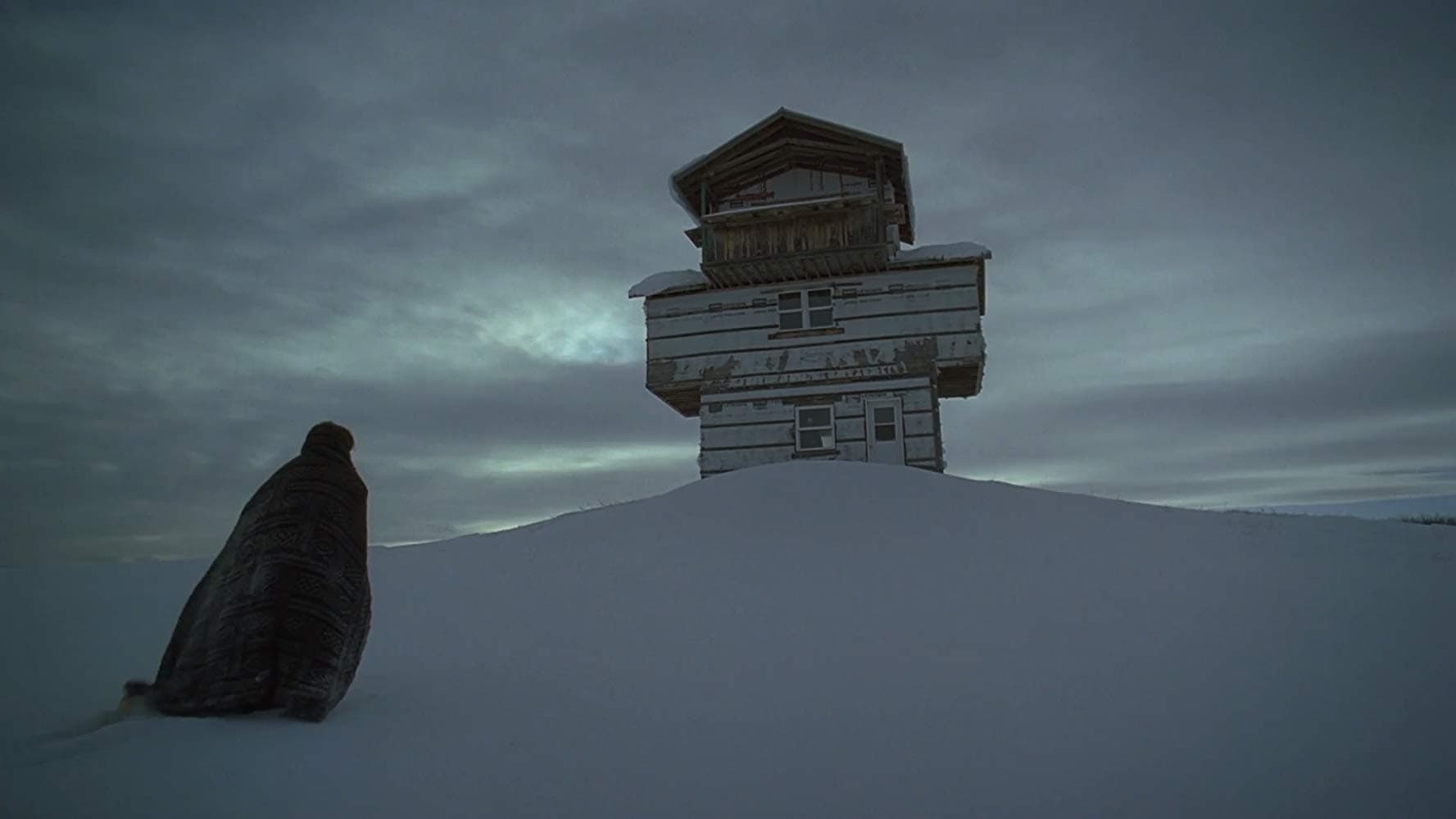 Grace won’t come inside, and the children are scared that she will freeze to death so they tell her the truth about their gaslighting of her. It is too late, however, and Grace has been convinced that she is out of touch with reality so she reverts back to the only version of the truth she knew before - the cult. As the children hide in the attic she kneels on hot logs to repent for her sins. When Richard finally comes back, Grace nearly shoots herself and then kills him. She brings his body to the dining table, making the children sit with her as she sings a Christian hymn. Grace is fully inhabiting the alternate reality created by the cult and then the gaslighting. She cannot regulate her own behavior due to this break with reality.

Earlier in the film we witness a video of the cult members wearing pieces of duct tape over their mouths, the word “SIN” written on them. Grace does this to the children just as the movie ends without making their fates entirely clear. Interestingly, sin means “without.” Perhaps in placing that word over their mouths some piece of Grace’s psyche was acknowledging that the words that came out of their mouths were without truth. While the children wanted to drive Grace away, ultimately their gaslighting drove Grace too far into herself and her past. She brought the abuse of the cult home to meet their abuse, with no one able to leave safely in the end.