Music Soothes the Savage Superbeast - A Conversation with John 5

John 5 is one of those rare talents on guitar who manages to stand tall, outside the shadow of the hugely popular frontman of whatever band he's playing in. Much the same as Dave Navarro shines equally to Perry Farrell, Zakk Wylde was equal to Ozzy and Slash overcame the overbearing Axl Rose, John 5 has done the same in both Marilyn Manson and Rob Zombie. Disarmingly polite and soft-spoken in person, we sat down with John 5 to find out what makes him tick, what music he loves, and naturally, to talk about the new Rob Zombie record.

M.D: I’ll start with the question everyone wants to know the answer to: how do you write a song for Rob Zombie and Rod Stewart in the same year, as you have?
J5: [Laughs] You know, I’m a fan of music, I love music. I really study how music is written and how music is played and it really is two completely different things going on but I really do enjoy music in general. I’m such a fan of really well-written music and well executed guitar and things like that. So, I just have always studied that my whole life.
M.D: I know some of your roots are in country music. As you’re sitting down to help write a record like “Venomous Rat Regeneration Vendor,” do you ever want to bleed that country into it?
J5: Not unless it’s requested. Sometimes I’ll put it in my solos to be different, just to not make it sounds like everybody else. Only if it calls for it, because if it doesn’t call for it, then it’s not gonna work.
M.D: Tell me a little bit about this new record you have with Rob Zombie – how do you feel about it, what’s its central theme?
J5: It was done at Rob’s house, it was very live, aggressive. I stayed in one of his houses, did the album in another house, and I would just walk over in my pajamas and we had not distractions, because he lives pretty much in the middle of nowhere. We were very focused and really came out with some great stuff in the end.
M.D: When you’re writing something like that, what’s the headspace you have to put yourself in?
J5: That’s a good question. I was very stressed, I didn’t hardly sleep during the making of that record because I wanted it to be great. So I was pretty stressed out for it. That was my headspace.
M.D: Do you have to go watch “The Exorcist” like, eight times before you’re ready to write it?
J5: No, you just really try to dig deep inside and come up with great stuff.
M.D: There’s a perception for this album and in general that Rob Zombie the man is not as dedicated to music as he used to be, because he has so much else going on. Can you speak to the level of dedication and work that went into this album?
J5: I think he does have as much dedication because he’s out here and we’re touring and making records. Doing it just like how we used to do it. But he’s taking advantage of time to do other things as well. 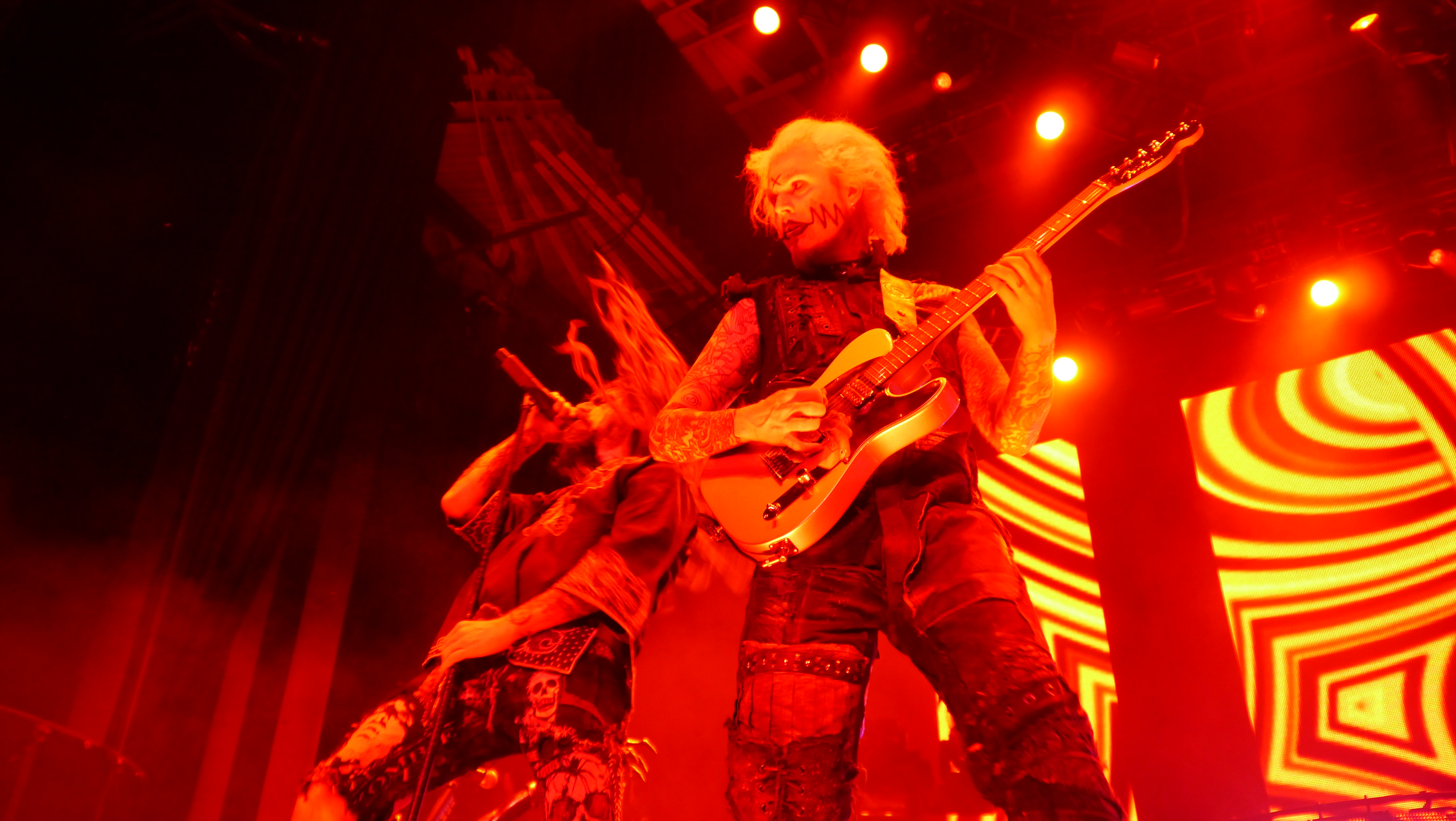 M.DREW: How goes the road on Mayhem Fest?
JOHN 5: The road has been good, everything has been fine. Just playing these shows and having a good time, the shows have been great. I love the warm weather and big productions so I’m having a blast.
M.D: As you look around you at Mayhem Fest, who are some of the young guitarists you see that have, whatever the ‘it’ factor is, they have it?
J5: I think I can appreciate from all the guitar players here what they’re doing and I can be inspired from each of the bands, so I look at it that way. I don’t look at it as just one guy, each person has a special thing to them.
M.D: Is there anybody who’s especially impressed you, band or singular artist?
J5: I love everybody on this tour. I was just watching Butcher Babies, I love Machine Head and Amon Amarth, Five Finger [Death Punch] and all that stuff. It’s a lot of bands that I really enjoy.
M.D: Looking at Mayhem this year as a microcosm of the metal genre, there’s a lot of European-influenced metal, there’s a lot of American death metal. Yet, you and Five Finger are still making that straight ahead, blues, down and dirty metal. What is it about that style that’s special to you?
J5: To me, it’s just songs of people’s lives. I was a White Zombie fan, I was a Rob Zombie fan before I got in the band so it’s a part of my life, you know? And I think it’s the same for a lot of people out there. People grew up listening to “Thunderkiss ‘65” or “More Human [Than Human]” just like I did. So it’s exciting to hear those songs performed live.
M.D: Do you ever feel like the Zakk Wylde to Rob’s Ozzy? In the sense that you grew up with him and now you’ve sort of rejuvenated his career?
J5: I don’t know about ‘rejuvenated,’ but it’s great to be on the left side of Rob Zombie playing these amazing songs that I grew up listening to, and I wouldn’t change it for the world. 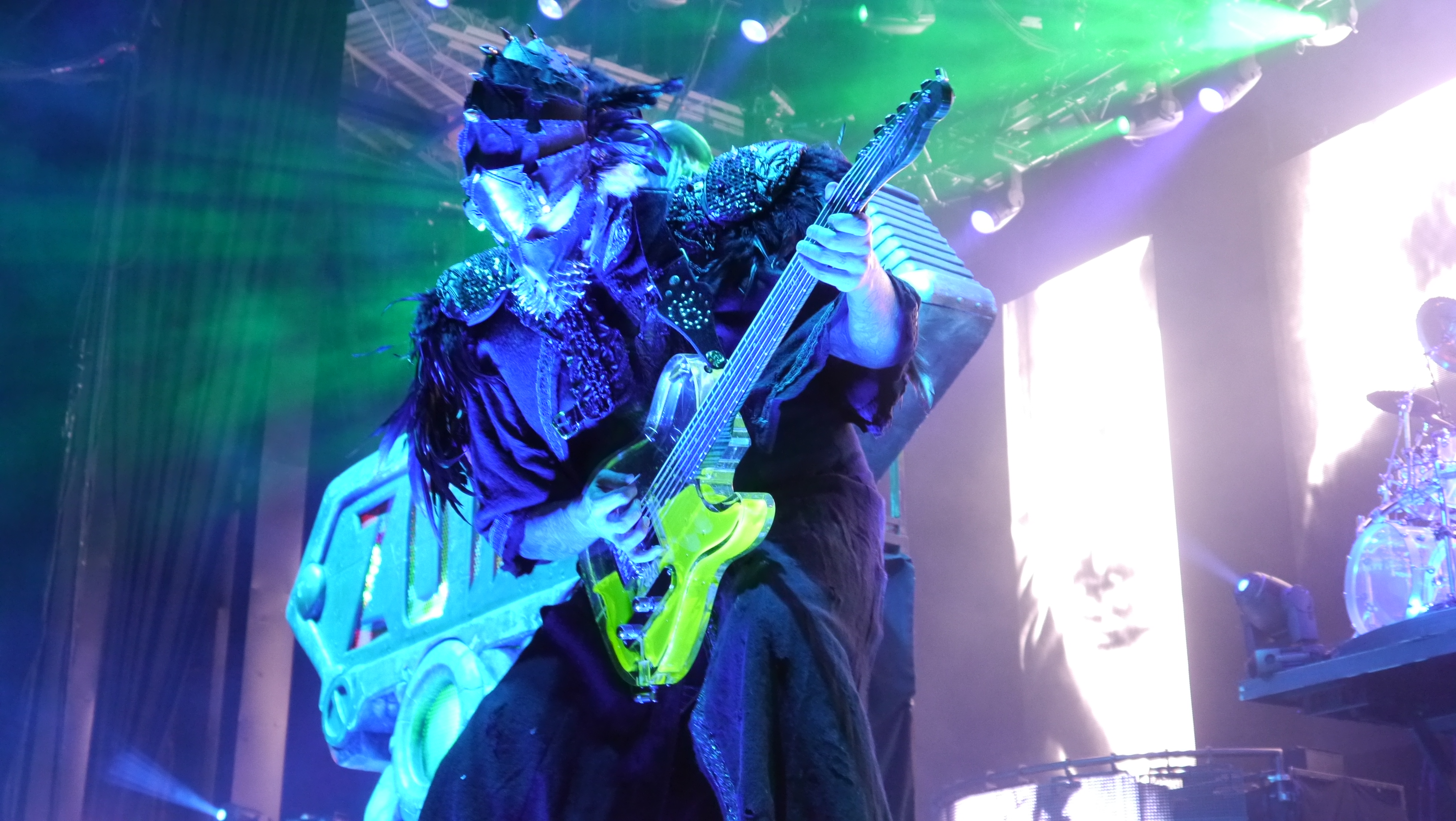 M.D: You’ve been on all sides of metal, rock and roll, everything. Where do you see the music industry now and what do you think its future is as a whole?
J5: Well, I know one thing for sure, it’s not going to go backwards. Think about this: nothing has ever gone backwards. We had 45’s, we had albums, we’ve had cassettes, we’ve had eight-tracks. Now we have downloads. CD’s will never be ‘the big thing’ again. And we don’t know what the future holds, but hopefully things will happen in a more positive way. Right now, I think the younger generation thinks ‘why would I buy a CD? Why would I buy something on iTunes when I can get it for free?’ That’s the reality.
M.D: What is the next step for you as a solo artist?
J5: I’m working on another instrumental record. Each one I try to do something very different. I think I’ll have a bunch of guest stars on this one, and some really crazy stuff. People love the instrumental stuff, so I just keep on doing it.
M.D: What’s the collaboration you’ve done that makes you most proud?
J5: I don’t know, that’s a great question. [Pauses] You know, I have a bunch of record awards on my wall and everything I’ve done is really rewarding, because they were all my heroes, including Rob Zombie, Marilyn Manson. I love KISS, Paul Stanley, David Lee Roth, Rod Stewart, Lynyrd Skynyrd. Even Sixx: A.M., Nikki Sixx’s thing. All these bands, it’s just been great.
M.D: In general, I think metal fans look at metal as its own separate universe. What’s the collaboration that you really want to do that most metal fans wouldn’t expect?
J5: Prince.
M.D: Really? He’s fantastic.
J5: Yeah, oh my God, of course. I would love to do something with Prince.
M.D: Have you made any inroads that way?
J5: One time, his guitar tech told him about me and things like that. I talked to him once, but I just couldn’t do it because I was working on another record, but I would love to work with Prince one day.
M.D: What’s the hardest session you’ve ever done? I know in the past you’ve said it was Asia, is that still the case?
J5: John Wetton, that was a tough one. That was weird. Let me think of some others. Working with Desmond Child was always a challenge. Things like that.
M.D: You’ve done so many collaborations, so many songs with so many different people. Do you ever see yourself transitioning into producing?
J5: No. Because I love playing guitar too much. I love playing guitar too much. I’d see some guitar player and be like ‘aw man, just give me that guitar.’ I stick to what I know, you know? 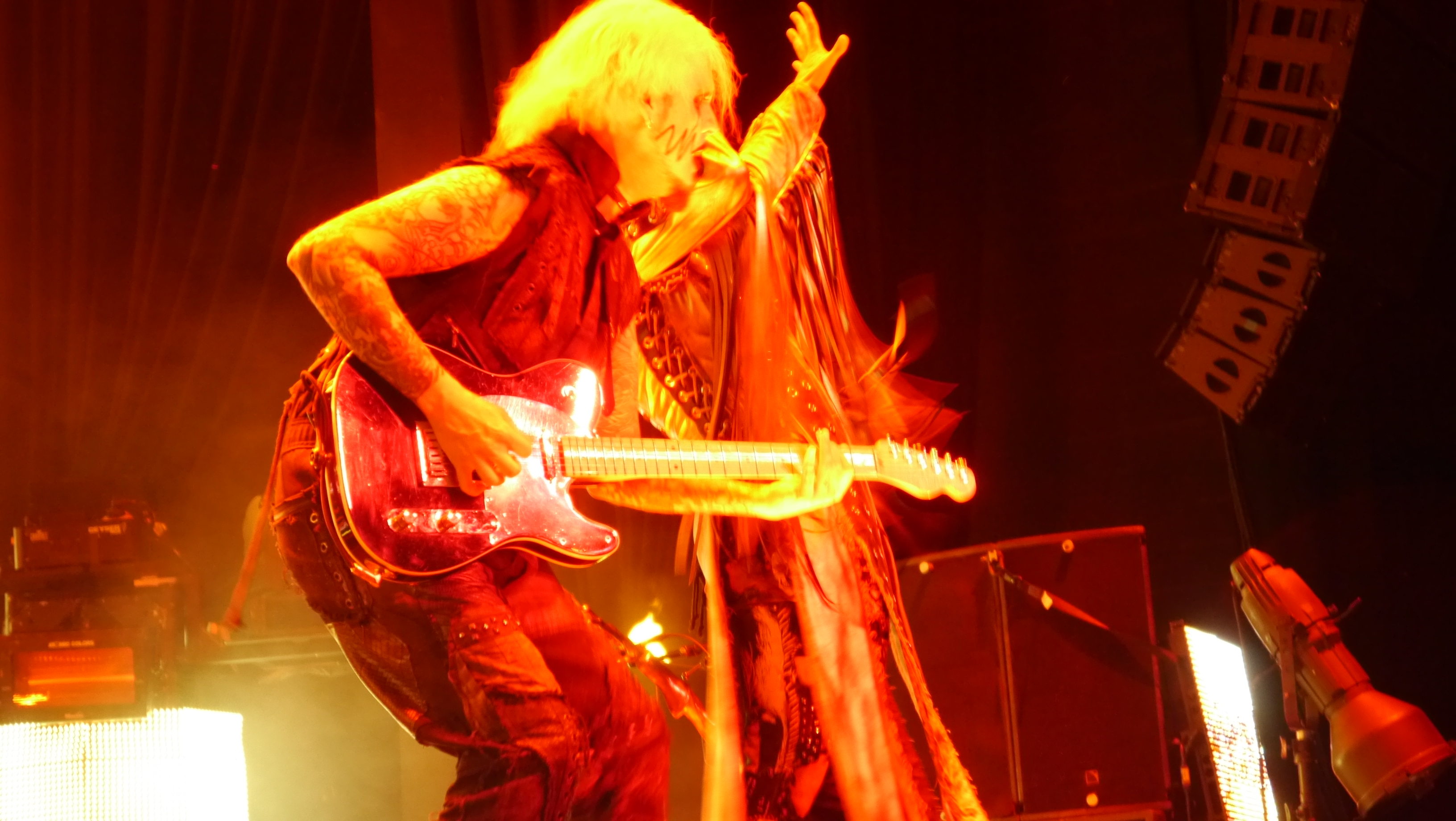 M.D: Who was your guitar idol as you were growing up? Who did you model your playing after, and how have you evolved since then?
J5: Let’s see, I’ve always had epiphanies. I love ‘Hee-Haw’ of course, and my guitar idol right now is this guy named Joe Maphis and he’s a country guy from the ‘50s. So good, man, just so great. Oh, I love him. Of course, you have your Jimi Hendrix, Eddie Van Halen, your Yngwie [Malmsteen], your Steve Vai. Paul Gilbert and all these people like that. So I’ve always had epiphanies all through my life, but right now I love Joe Maphis and Jerry Reed.
M.D: Can you speak about the difference writing and playing for Rob Zombie versus writing and playing for Marilyn Manson? You’ve had great success with both.
J5: You know, with Rob, if we’re gonna start at this time, we’re gonna start at that time. We know exactly what we’re gonna do and we know when we’re gonna end. With Manson, it’s very unpredictable. We could wait for six hours for him to show up. But I wouldn’t change anything. I loved being in Manson, Manson gave me my name and it was a great time in my life, and this is an even better time.
M.D: Is there a reason you keep the name even though you’re no longer affiliated with Manson anymore?
J5: That’s a great question. When Ace Frehley left KISS, his real name is Paul Frehley. So, he’s not going to change his name to Paul Frehley after leaving KISS.
M.D: Because everyone knows him as ‘Ace’ already.
J5: Exactly.

For more on John 5 and his work with Rob Zombie, check it here: