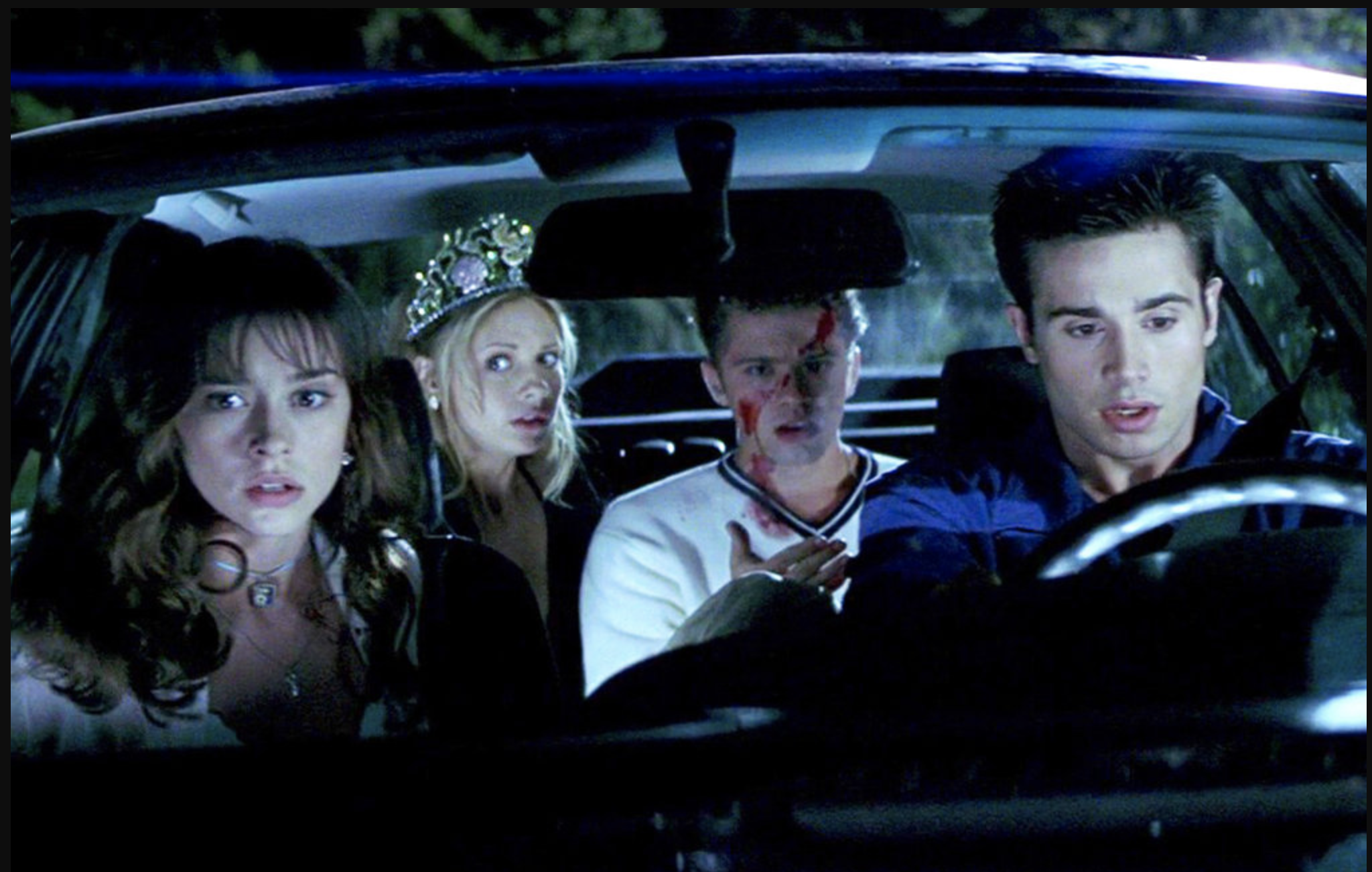 In Extremis: Hit and Run Law and I Know What You Did Last Summer

Disclaimer: Ahead be spoilers for a 20-year-old movie. Turn back if you have not watched this film four times on TBS Superstation. Second of all, DON’T HIT ANYONE WITH YOUR CAR! Also, this is a piece of legal entertainment and the following is not legal advice and is meant to be entertainment. If you hit someone with your car, might I suggest contacting independent legal advice before trying to catch a killer fisherman… (pun intended).

It’s the idyllic year 1997. Every tragedy in the next two decades has not yet happened and you are drunk driving with your high school friends on July 4th, the Apple Pie of American Holidays. But Ryan Phillipe had to go hang out the sunroof and distract Freddie Prinze Jr. from driving, and they hit a guy. So, what are the Scooby Gang and the Ghost Whisperer to do?

Well based on this movie’s logic you may as well commit murder.

I Know What You Did Last Summer centers on a group of four teenagers that are haunted by a killer who cryptically leaves messages that he, apropos movie title, knows what they did last summer. The gang suspects the killer is the guy they ran down or someone seeking revenge on his behalf. The killer is not actually supernatural; however, he does have the power to fill the protagonist’s trunk with a dead body and hundreds of pounds of crabs and then remove them before the she can return with the police.

Oh, he was made of plastic! That makes sense now…

So, I am here to tell you about the law of hit and run accidents in relation to this film. So, strap on your whimsy hats because this one is cheery.

First off, this movie takes place in Massachusetts so I will be using their state laws. Also, Freddie Prinze Jr. as Ray, despite being the driver of the car, has made all of his friends accessories to the crime if they help him decide to leave the scene. There is a mandatory minimum sentence associated with leaving the scene of an accident causing personal injury of 6 months in jail (with up to two years), a mandatory fine of $500 up to $1000, and a loss of license for one year up to indefinite loss of license. Normally a negotiation to pay for the medical fees of the injured person may result in the prosecutor dropping the charges. *

Oh, and did I mention the offence is leaving? So, if they stayed and fought the charge as an accident where a man was jaywalking on a highway in the middle of the night, a jury might have found that this wasn’t vehicular manslaughter and Ray might have beaten a misdemeanor motor vehicle homicide charge or ended up with a minimum of only 30 days in jail depending on his blood alcohol content. **

Unfortunately, in this case, our “heroes” think that the victim is dead. Why? Ray kind of touched his arm and said, “I think he’s dead”. Good enough for the gang! Had the victim died from the accidental injuries then it becomes a felony, with a mandatory minimum of a year with up to 10 years in a state penitentiary, a $1000 mandatory fine up to $5000, and a 3-year loss of license, up to indefinite loss of license; plus he could be charged with motor vehicle homicide with its own penalties and fines *** – or vehicular manslaughter ****

Our heroes once again decide to escalate the situation. This time by committing attempted murder. Once they believe him to be dead, they take the Fisherman down to a dock with the intention of throwing him in the water to hide the body. Apparently, they had never seen a mob film as they do not weight the body, nor do they dispose of him in a place where he would not float to shore and be found immediately.

However, before Buffy the Vampire Slayer can push him into the water, he grabs her Prom Queen Tiara. Ryan Phillipe then does NOT save the man who is clearly alive and dying; instead jumping into the water to save the tiara. This is in service of a jump scare when the man, who is clearly alive, opens his eyes underwater. He then stays motionless underwater despite not being weighed down in any way.

All of that is to say that our heroes drowned a man and chose not to save him, despite putting him in danger, and would be charged with murder – attempted murder if he survived…

Now, you might say: Adam, they got away with it in the movie. The police never found a body and the gang never explained to the police why the mad man was trying to kill them. But that is a happy accident of screenwriting.

The gang were banking on the fisherman dying and never being found. As described above, that fisherman would be found pretty quickly. He has blunt force trauma and contusions across his body that are consistent with a car accident and not with falling into the water next to a dock. Johnny Galecki (Big Bang was in this!) would place these people at a car accident in the area and Jennifer Love Hewitt would likely turn state side and testify against her friends for a reduced sentence. At least no one would get the death penalty, as Massachusetts had it struck down as a violation of due process in 1984 – as it could only be given to someone that pleaded not guilty (held in violation of the Eighth Amendment of the Constitution). ****

So oddly enough the person they tried to kill coming back and murdering two of them prevented our two leads from going to jail. Don’t you love our legal system?

Related Content:
I Know What You Did Last Summer