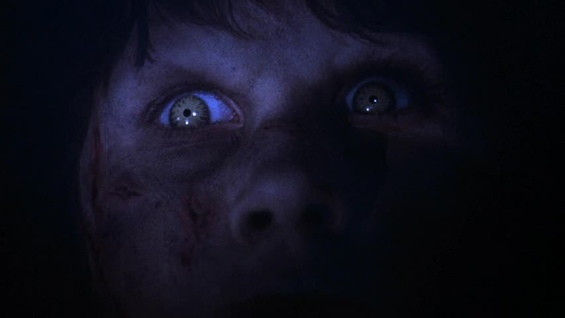 Horror At The Oscars

“Sweeney Todd,” apart from being one of the year’s finest horror releases, has a chance to join a very exclusive club when Oscar nominees are announced later this month. In its 80-year history there have been less than a half dozen horror films nominated for the Academy’s Best Picture award. Sure, there was “The Silence of the Lambs” (Picture winner in 1991), “The Exorcist” (10 nominations, 2 wins in 1973), and “Jaws” (Picture nominee, 3 wins in 1976), but recognition of three films greatly undervalues horror’s contribution to cinematic history...

“Sweeney,” largely by playing the Oscar game, is poised to garner several nominations, and perhaps even a Best Picture nod. Ultimately, horror thrives by being a genre of subversion, so this type of mainstream recognition isn’t always necessary or even desired, but any nominations for “Sweeney Todd”—a film that revels in blood—would serve as a reminder of the role that horror has played in the development of American cinema. Any victory for “Sweeney” would, in some small way, serve as recognition of all the hard work and innovation of low-brow auteurs like Stuart Gordon, Roger Corman, and Lloyd Kaufman, not to mention horror icons like John Carpenter, Wes Craven, and George Romero, who likely will never have an Oscar to call their own.

It should come as little surprise that the Academy of Motion Picture Arts and Sciences, the venerable film institution responsible for the Oscars, harbors little respect for horror. Founded in 1927 as an organization dedicated to the advancement of the arts and sciences of motion pictures, the AMPAS achieves this mission by doling out a handful of fellowships and operating a nice little library in Los Angeles. In reality though, their work is all about the statues.

Oscar voting, more than any other measure, gives us a very clear sense of the Academy’s priorities. Each February its members are asked to make value judgments about the previous year in film, and then those results are broadcast to the world in what has become the 2nd most watched television event after the Super Bowl. While many film critics and industry types have come to recognize the Oscars as what they are: essentially a stodgy, conservative appraisal of current cinema, the awards still hold a great deal of sway over the public consciousness.

From the beginning, the Oscars’ history has largely been one of misses and utter failures. Particularly in the category of Best Picture truly important and groundbreaking films—those that might be said to have advanced the art and science of motion pictures—rarely receive their due recognition. There’s several reasons for this: Academy members will only see so many films in a year and thus are relatively uninformed decision makers, many films’ genius is difficult to recognize from the outset, and the schedule of film releases today rarely predisposes members to equitable voting.

Horror is particularly hurt by these prejudices. It’s probably not a stretch to say that most Academy members don’t particularly enjoy horror films. Those that they do see will typically be those that were released earlier in the year and generated sufficient buzz to warrant attention. This is fine, but it leaves these types of films particularly vulnerable to film distributors’ scheduling games as jockeying for Oscar attention heats up at the end of the year. “Sweeney’s” backers, by virtue of pushing its release into the more Oscar friendly confines of December, have given the film its best chance to succeed.

But “Sweeney” has also harnessed voters’ own prejudices against them in other ways. Based on a popular Broadway production, “Sweeney” has the swagger of a musical—a genre still beloved by voters if not as beloved by the public. The film’s two primaries are both previous Oscar nominees, and its director is an eccentric auteur who’s due an Oscar nomination in his own right. In many ways, “Todd’s” award aspirations mirror those of last year’s big winner “The Departed.” That film was also a highly publicized and star-studded genre affair, drenched in blood and violence.

The history of horror and the Academy has largely been a history of several talented directors receiving honorary nominations (Kubrick and Hitchcock) or wins for genre films that came after earlier horror success (Spielberg and Peter Jackson). Tim Burton could easily be considered as either the former or the latter, but if he does catch Oscar’s attention, it will have been with a film that sits firmly in horror’s wheelhouse. For many fans of the genre, and for all film historians, this year’s awards should be worth remembering. It’s unlikely that horror will ever truly capture the imagination of the Academy, but after last year’s nominations for “Pan’s Labyrinth” and potential nominations in “Sweeny’s” future, horror’s never received this much Academy love.