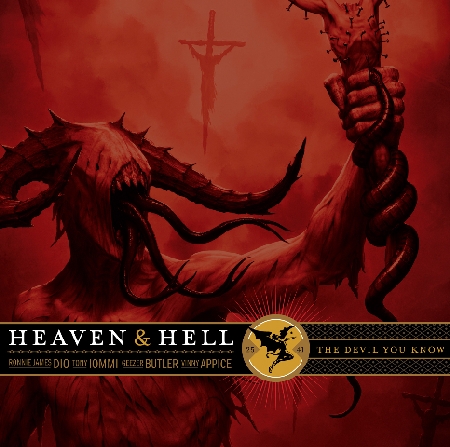 Thirty years ago, Ozzy Osbourne unceremoniously left Black Sabbath and was replaced by an upstart named Ronnie James Dio. Less than a year later, in 1980, Sabbath seemingly revived their career with “Heaven & Hell,” an album that promised a similar but different take on what fans had come to think of as Black Sabbath. Armed with Dio’s operatic, powerful voice, Tony Iommi refined his guitar playing, and for a time, Black Sabbath was back.

The reinventing through “Heaven and Hell” was followed by “Mob Rules,” and while different, Black Sabbath were still kings through 1981. By 1983 however, it had all fallen apart for a second time. Infighting led to Dio leaving the band, and Black Sabbath would be committed to a future of living on their legendary back catalog. By 1983, Ian Gillan was singing for a shadow of the former lords of doom and gloom, and the Stonehenge tour became the inspiration for “This is Spinal Tap.”

In 2006, Dio and the rhythm section of Black Sabbath (still with Vinny Appice, not Bill Ward,) would be reunited into a world tour (with Megadeth,) under the moniker Heaven & Hell. The fans gathered and relived the glory days of the Dio era. Another tour with the Metal Masters (Motorhead, Testament, Judas Priest,) followed in 2008, and then the announcement of a new album came into view.

So, in 2009, thirty years after they were first playing music together, Heaven & Hell put out a new album, “The Devil You Know,” to much anticipation.

Fans who want to hope that the musicians they love can still craft top-notch metal will find something to like here. The truth is, none of the band’s technical abilities have lagged. Tony Iommi sounds sharp, still crafting quality down-and-dirty riffs that hook without pushing the envelope. Geezer Butler still understands how to assemble a song so that the pieces fit together and play in concordance. Even at age sixty-six (!) Dio’s voice has not faded; I’m quite convinced that he could stand up and belt out “Holy Diver” at will. There are a handful (too many) metal bands who have tried to press on after their talent has ebbed from their bodies. Not the case with Heaven & Hell.

Rather, I find that the album is just plain uninspiring. The issue is never forced; the band is content to try and construct the same type of songs that they did more than twenty-five years ago. The songs are well constructed, but it’s all been heard before. Ultimately, too many of them never go anywhere. The album brings an unexpected dirge to the table, but that’s as far as it goes. While menacing, the riffs seem to be menacing without purpose. They are harsh for the sake of being harsh.

It doesn’t help that Dio, talented though he may be, is not best suited for plodding doom metal. Rather than morose or threatening, his voice naturally carries into melodies never intended for this type of music. For perspective, picture Dio trying to sing “Electric Funeral.” That seems to be what Heaven & Hell’s aim in here, but it doesn’t work out like they hoped. This subsequently is what has always separated Dio from Ozzy as a vocalist; by virtue of his vocal quality (or lack thereof,) Ozzy has always been superior at sounding disaffected/tortured/forlorn. “The Devil You Know,” in the irony of ironies, would be better performed by Ozzy.

As for the rest of it, the tone and riffs for the verses are very solid, but then carry into choruses that are overwrought and overdramatic, which is roughly par for the course for Dio.

The album isn’t totally devoid of quality: songs like “Eating the Cannibals,” and “Neverwhere” catch the listener’s ear and keep you captured for the duration. “Follow the Tears” is a deep-riffed, mired dirge, akin to Soundgarden’s “4th of July.” There are bright spots seeded throughout the album, though it occasionally requires patient listening to arrive at them.

In short, “The Devil You Know,” may simply be a quarter century too late. While the band still has all their talent and showmanship, they lack momentum, and fail to create something new. There’s enough that the album is respectable, but it’s far from a must-own. So far, the album “Heaven & Hell” is superior to the band Heaven & Hell.