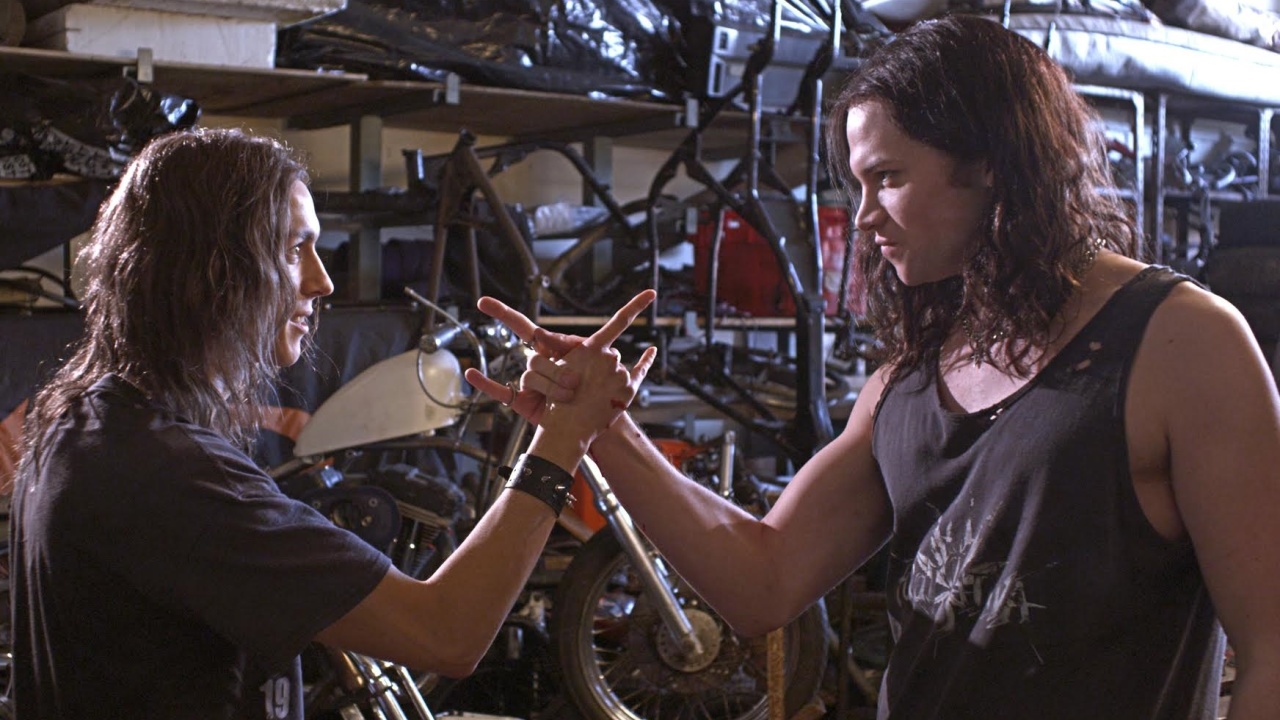 It could have done more with its final act, but It Follows is the most original horror movie in some time; plenty of bonus points for how it evokes a certain era with careful, accomplished production instead of cheap gimmickry.

No film this year did a better job of breaking new ground for the types of stories horror movies can tell, or the way they can be told, than this exceptionally made tale of a drifter who hooks up with a mysterious and monstrous scientist while making his way through Italy. Nadia Hilker turns in one of the year’s best performances, and Moorhead and Benson have launched themselves straight into the highest echelons of directors working in horror today.

Teenage metal heads turn an actual hymn from Satan into their new song and unleash pure evil onto their humdrum hometown. Jason Lei Howden has a serious skill for blending subversive humor and grotesque gore, and when filmmakers have this much fun making a movie it can’t help but be contagious.

4. What We Do In The Shadows

A mockumentary about vampires living together, Real World style? On paper, it may sound a few years out of date, but the writers and talented cast make the most of every scene, and it’s the year’s funniest horror comedy.

It begins as a dying man’s filmed letter to the son he may never meet, then unravels into the scariest movie of 2015. Watch it alone if you dare.86. The Final Girls.

Great concept, great cast, and you’ll never listen to “Bette Davis Eyes” the same again. I wish there had been more, but that’s what sequels are for--and based on the final scene, I’m praying to God there will be one.

This quasi-western vampire movie shot in southern California boasts all Farsi dialogue, a funky aesthetic that echoes Jim Jarmusch and Charles Burnett, and a great soundtrack.

Don’t worry if you guess the twist early on--this trippy arthouse horror flick still has plenty of brutal surprises in store for you.

Shyamalan returned to the horror genre with a much needed sense of humor, delivering the year’s biggest surprise.

I’m going to bump this year’s honor students Crimson Peak and Ex Machina, which didn’t feel all that special to me, for some crude horror junk food. You may not get love anywhere else, Unfriended, but you were a fun time, and you can have a place here.

This infuriatingly boring, derivative movie has absolutely no reason to exist. Note to the filmmakers: the next time you think you want to make a horror movie, double check that you aren’t just thirsty.

A great premise that quickly collapses under its obliviousness to how real people think and speak. Do yourself a favor and hate-watch this while drinking with your snarkiest friends: I still laugh out loud when I remember some of the dialogue.

If Eli Roth, Joss Whedon, the writers of Cards Against Humanity, and, oh, let’s say Steve Harvey, played a game of Exquisite Corpse together they’d probably come up with something a lot like this screenplay. When I say it has its moments, which it does, please understand that’s like saying “There’s a perfectly edible sandwich in this garbage can.”