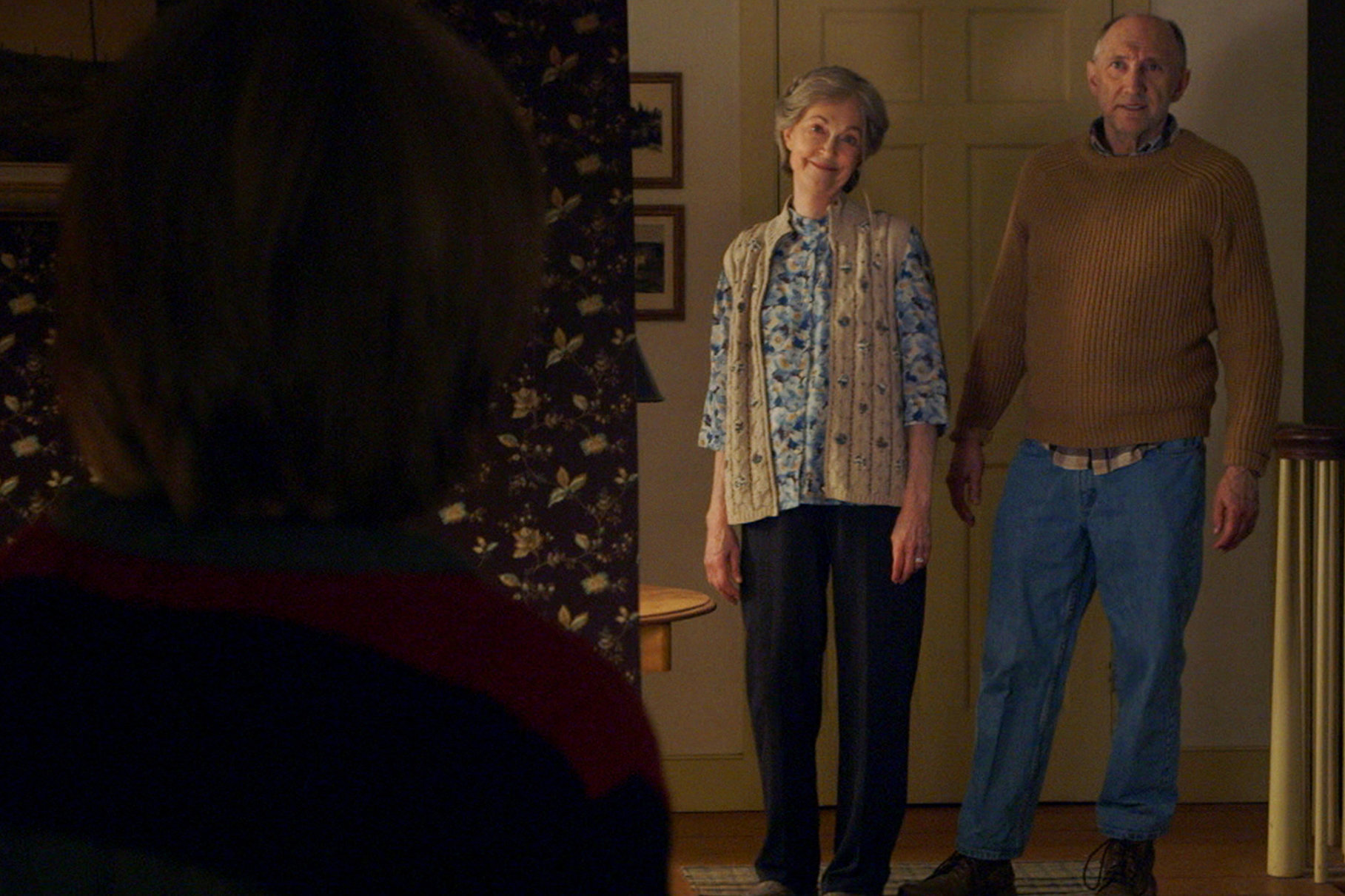 10. Creep
Simplicity is a powerful force. Delving into the seedy side of the internet can reveal the strangest, “not for mainstream” people and Creep captures that idea perfectly. The horrific version of director Patrick Brice’s other film The Overnight, the film shows just how insane seclusion makes a person. It won’t be a film for all audiences, but its memorable none-the-least.

9. A Girl Walks Home Alone at Night
“An Iranian Vampire Spaghetti Western” is the best way to describe this film. Symbolically shot within an inch of its life, A Girl Walks Home Alone at Night makes each frame its own art piece. While it isn’t groundbreaking in its narrative, the focus on fragility and external appearance is on full display to make watching a sublimely minimalist experience. Having Ana Lily Amirpour as writer and director allows the “lone girl” trope to be explored and subverted, and thankfully Amirpour is a fantastic filmmaker on top of it all.

8. Goosebumps
Apparently this is the film that gave Jack Black haters reason to pause and reflect on their feelings. Goosebumps is a much better film than it has any right to be; a great melding of imagination, horror, and fun. It’s definitely not a scary movie by any means, but it captures the young at heart horror fan by how reverential it is to creatures. There is an emotional core to it as well, while not always as strong as it could be, that makes the experience more than just a “horror nerd” show.

7. Unfriended
A double award should be given to this film: Worst Trailer/Best Surprise. Unfriended seemed to be nothing more than a gimmick attached to a studio released horror product, but thankfully the focus around a spiritual internet killer was written with a realistic escalation of tension. Most importantly, the use of computer programs like Spotify and Facebook actually feel like the real user experience, which makes the entire watch more unnerving. Huge props to making an entire film depicted through a computer screen gripping, creepy, and a blast to watch.

6. The Final Girls
While genre fans love a good throwback to horror of the past, they have to be done well to get any traction. The Final Girls begins as an homage to the 80’s slasher: camp setting, cheesy dialogue, horror archetypes, promise of sex and blood. However, the film takes a turn, not only in its film within a film approach, but in its strong emotional core. The relationship between mother and daughter is a beautiful experience as it not only pushes forward melodrama but also becomes a great parallel to the horror fan and their forgotten slasher film.

5. Krampus
There are dozens of Winter holiday themed horror films, but the number that call for classic status are minimal. Krampus cultivates the creature features of the 80’s that set up countless young horror fans to grow into die hard genre followers and injects the 2015 holiday aesthetic. Critters and Gremlins are on high display here, as Krampus brings his own gifts of puppeted evil creatures to wreak havoc on a young boy’s family. Its snarky, dark, sadistic, and an overall blast of an experience. Thankfully, Krampus took it all a step further and made sure to please more than just horror fans by giving sentimentality the front seat.

4. Crimson Peak
What a beautiful, gothic piece of film. Crimson Peak began with an announcement that it would not be like every other ghost/supernatural horror to hit screens, and would rather focus on telling a gothic story. The film delivers this promise in spades as ornate set pieces, gorgeous costuming, and old Hollywood performances from the lead actors drive the story to its bloody climax. The final act offers something completely different from the rest of the film, but without ruining the flow. It’s more than just a wonderful film to look at as the injection of the gothic aesthetic within the narrative makes the entire experience engaging and a diamond in the rough.

3. The Visit
It’s unreasonable to say that M. Night Shyamalan is back, but The Visit definitely reminded audiences that he can work well when given simple plot lines and unraveling a seemingly normal world. The film spends a majority of its run not taking itself seriously, a choice that makes the viewer completely uneasy and unsure if laughing or cringing is the appropriate response. In the end, the classic Shyamalan twist paints a clear picture as to how the film should be viewed which makes re-watching it a must. With over the top performances, insanely fun set-ups and jokes, and a killer twist reveal, The Visit is a must watch for any horror fan.

2. The Gift
The fact that the writer, director, and star are all one person is the first sign that this movie should not be as great as it is. Joel Edgerton took the mantle of all three and ended up delivering an amazing, twisted experience. Much like thrillers and revenge movies of the past, The Gift pulls from predecessors but never feels like a copy. It was a genius decision to give Jason Bateman, everyone’s favorite funny man, the lead role as it prompts the audience to follow his thinking. Edgerton plays on all sorts of emotions in order to leave the viewer exposed to every possibility. The attention to character set-ups and arcs, subtle plot point droppings, and an unnerving climax makes the the film a stand out for the year.

1. It Follows
It can be argued that horror films draw from and constantly evolve from those before them. While this type of formula is bound to create unnecessary copies and throw away genre attempts, it can also inspire filmmakers to capture the essence of predecessors to create something new. It Follows is one-part Halloween and one-part Invasion of the Body Snatchers, all wrapped into a fantastically shot and paced film. Horror fans will revel in the aesthetic slow-burn choices and Carpenter-esque score, but the normies will feel that creeping in of terror as It Follows harnesses fear in a way that breaks through genre molds and into the mainstream.

3. The Human Centipede 3
Honestly, with two previous films that have made viewers gag and threaten violence against the filmmaker, it wouldn’t take much to make the final installment in the series just as insane as its predecessors. Sadly, The Human Centipede 3: Final Sequence throws away its subversive and over the top gore for ham fisted performances and soppy social commentary. It’s just boring.

2. The Gallows
Just don’t see it. It’s a waste of time. Go to the local Starbucks and listen to teens complain about their love life and it’ll be pretty much the same.

1. The Lazarus Effect
While The Lazarus Effect wasn’t high on the radar to be a great horror film, it at least starred some interesting people with an interesting premise. Bring Olivia Wilde back from the dead possessed by a demon and what happens? Nothing. Well at least audiences wouldn’t know as the film was edited into a mess that jumps from scene to scene with no explanation as to what is happening or who it’s happened to. The longest hour and twenty minutes to experience.