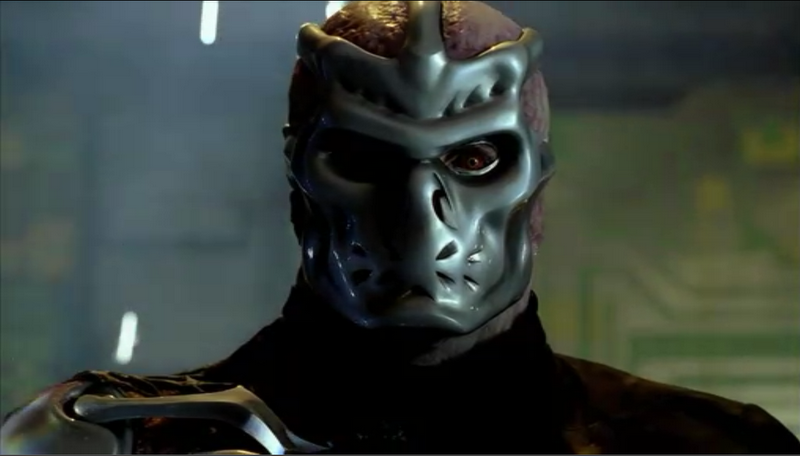 This is the beginning of a new series that will help you decide what movies commentaries worth listening to. For those of you unaware, a commentary is an audio track for a film that involves filmmakers, or film historians talking over the film as it plays giving you some sort of insight into how the film was made. Any given film can have different commentaries depending on who is distributing the film for home media, meaning certain films will have upwards of 5 audio commentaries throughout their lifespan. This is where I come in, and hopefully guide you to the best, or worst examples of commentaries for Horror films. Typically I'll be covering films with multiple commentary tracks, but for the first entry we'll focus on the commentary for Jason X.

As far as commentaries go this one is relatively low energy, and while it does provide some interesting tid-bits about the making of Jason X the commentary is really worth listening to for one reason. The sheer hatred that Jim Issac, and Todd Farmer apparently have for one another. The entire commentary track revolves around the two creators constantly insulting one another. Sure they stop every once in a while to laugh, but as the commentary track goes on the tension between the two begins to become more evident.

Apparently the movie required constant rewrites, leading Todd Farmer to constantly be on set, and according to Farmer the entire crew despised him. They would have a script completely changed from the script they had the prior night, almost daily. It seems surprising that a film about space Jason would have such a troubled production, as it seems relatively simple to transport the series to space. Originally the film was going to be a lot more goofy, with the students riding on a literal space schoolbus. It would lead to the assumption that the goofy elements were from Farmer however, in the commentary whenever goofy dialogue like “he's screwed” comes up he distances himself from it. The director Issac gets understandably annoyed at this, which causes him to throw insults in Farmer's direction. It is truly a wonder to behold, and it seems insane that someone thought it would be a good idea to have these two appear on a commentary track together. Noel Cunningham says very little throughout the track, only chiming in at brief moments to give background on the behind the scenes production of the film. Honestly the most interesting information comes from him, but the bickering of the two creative heads is really entertaining.

“Aren't you the writer? Why did you do that?”

“You were drunk somewhere.”

“It's one of the four scenes I actually wrote in the movie.”

“That's because your career's over.”

If you are looking for some good behind the scenes tidbits, then this probably isn't the commentary for you. However if you gain immense joy from hearing people bicker then you'll no doubt get a kick out of the Jason X commentary.