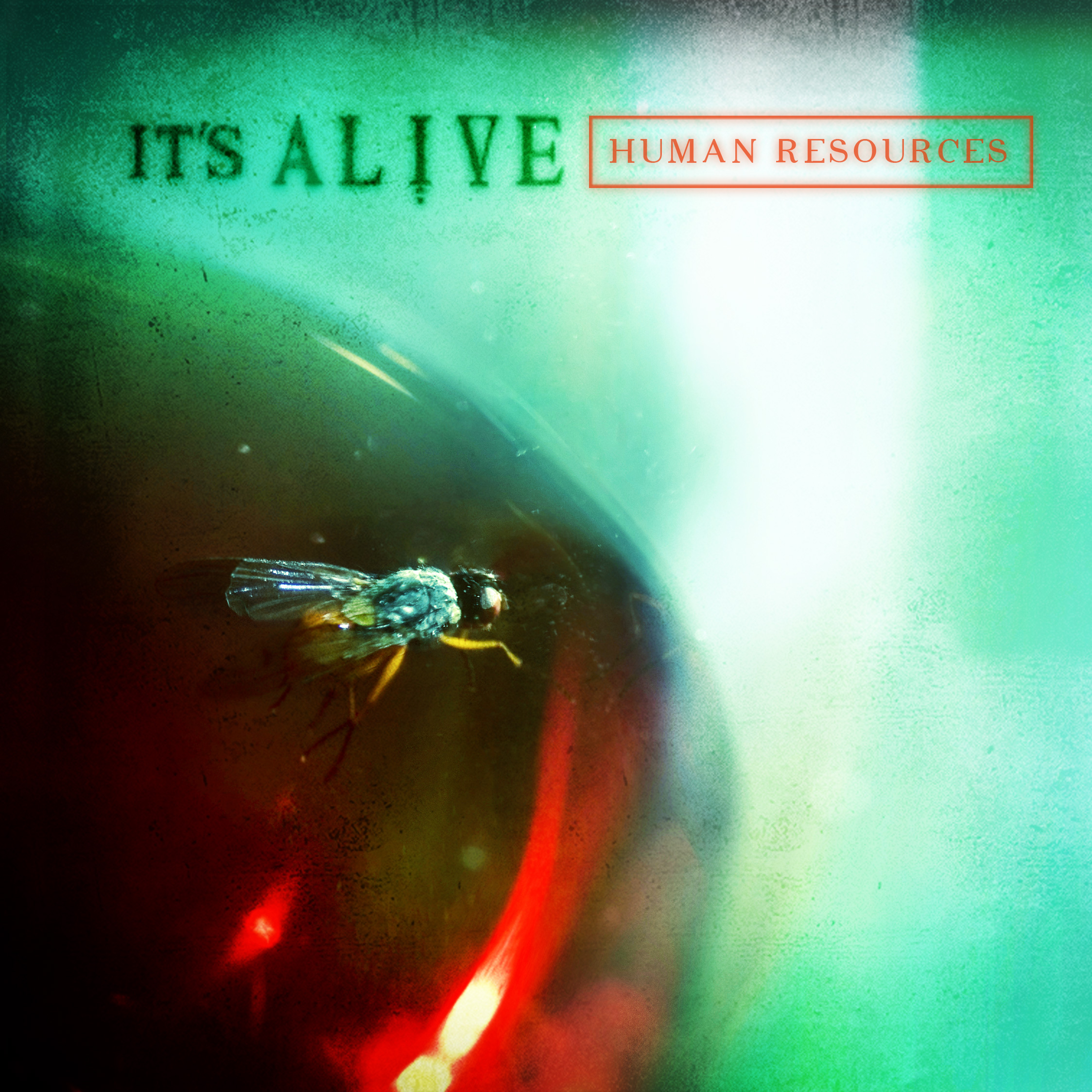 I admit I may have been fooled. Or foolishly optimistic. Either way, the album “Human Resources” from up-and-comer It’s Alive is not what I suspected it would be. Hearing the band’s name, I hoped that I was in store for a monster-themed fun-loving alternative metal romp. Rather, I was faced with yet another album that wallows in quasi-emotional distress, complete with gravelly vocals meant to engender sympathy.

Not to make the review about myself, but the last thing I want to hear from a band’s lyrics is the phrase “I’m ashamed…” unless it’s followed by something like “…I only slew fifteen dragons,” or “…I only managed to get seven girls’ numbers,” or “…that I’m only a medium hedonist, not a gargantuan one.” Yet, It’s Alive sets the tone for “Human Resources” in “Liar,” by saying “I’m ashamed of all the ways you’ve got to me.” Deep sigh.

What makes the album all the more frustrating is that some of the building blocks are surprisingly competent. The first ten seconds of the album’s first track, “The Bottom” are forceful, violent and jagged. “Liar” has the same kind of start, but both tracks are melted down until all the sharp edges are gone. “Changing Colors” has a pronounced and rhythmic drum beat, but the added on layers take away its teeth. And of course, there’s an acoustic guitar ballad, “Selfless.”

Subject matter and overall tone aside, one of the issues I have here is that the band, either by their choice or by a producer’s design, wasn’t allowed to spread its wings and see where the glimmer of their musical talent could take them. There are no guitar solos to speak of, no songs that harbor a surprising change of direction, and nothing that any listener would regard as distinct. If anything like existed in the original song writing, it has been dumbed down and Pro-Tooled to a saccharine and mainstream-digestible death.

It is more than possible that on their best day, It’s Alive could serve in a similar function to a band like the Sick Puppies, who have managed to find a proper balance between emotional and/or socially poignant commentary and devil-may-care street fighting party metal. While perhaps not balanced in individual tracks, bands of that sort can offer both in their repertoire, and therefore cater to several audiences.

It’s Alive could have headed that way, but instead went the path of least resistance to make songs that your girlfriend may love.

There’s a lot of lyrical and musically metaphoric “if” or “I guess” or “maybe” in many of “Human Resources” songs. The music itself seems to exist in a bubble of comfort and fears to stray into more uncharted territory for the band as a whole. I would have liked to see It’s Alive make a more definitive stand either musically or thematically. Even if that stand made them explore the depths of their allegedly sorrowful emotion, they could have tailored a more convincing sound than the tepid effort on “Human Resources.”

I believe that this band has talent, but I’m concerned that they are afraid to realize it. For now, chalk them up as another easily-overlooked entry into the “It’s my fault” musical generation.