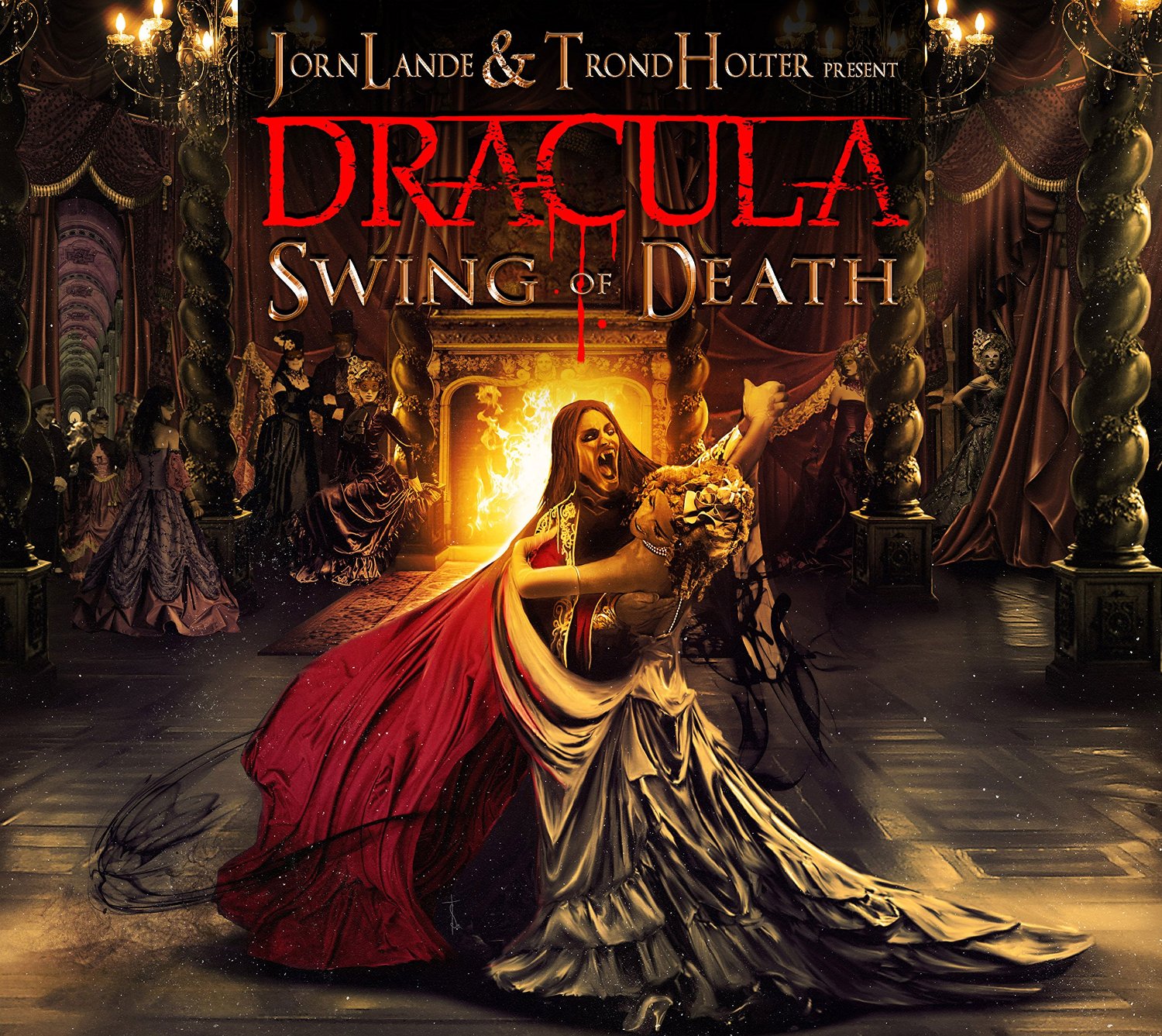 The legend of Dracula is many things to many people, but the story of Vlad the Impaler is surely one thing; metal. The life of a brutal ruler who put his enemies on spikes to scare away any potential rivals to his throne is the stuff metal is made of, and the fact that legend has it he then turned to the dark side and became the most famous vampire of all time, is just the icing on the cake. That story is the epitome of metal, and power metal icon Jorn Lande has made it his mission to tell it, bringing to life the concept album “Dracula: Swing Of Death”, a full-length telling of the Dracula story through music.

Concept albums are tricky things to get right, because storytelling and songwriting seldom go hand-in-hand. Narration ruins the musical flow of an album, and expository lyrics cannot always tells the full scope of a story. Jorn thankfully takes the right path, eschewing any narration, and relying on the songs to do the heavy lifting.

What needs to be said, first and foremost, is that “Dracula: Swing Of Death” is one of the campiest albums I've ever heard. It is the 1960's Batman version of the Dracula story, with cringe-worthy lyrics and songs that seem destined to be put behind dance numbers. I can see Jorn wearing corpse-paint to play Dracula the same way Cesar Romero did to play the Joker. It's a ludicrous album, but that's to be expected, considering that it's an album about a man being turned into a blood-sucking monster that lives forever. There's inherent camp to the very idea, no matter how much we try to turn the story pitch black.

So while Jorn may be belting out lyrics like “I'll be your demon lover”, or “tonight on you I'll dine”, he is doing in a context where it makes sense. Thematically, you get a sense of the monster, and the love story he shares with Mina in the duets. Sure, the blood-slurping sound effects in “Masquerade Ball” are ridiculous, but I like to think it's intentional.

All of that works, despite the cheese-factor, because the album delivers musically. Jorn has been inconsistent for his entire career, delivering world-class vocals on songs that are seldom up to his caliber as a singer. The lack of quality material has kept him from reaching the pinnacle of European metal, which is where his voice could carry him. I don't know if this story is a passion project that unlocked something new in him, or if the tours he spent with Avantasia have rubbed off on him, but Jorn has never written himself better material to sing.

From top to bottom, these songs are engrossing, captivating, and weird in all the right places. “Walking On Water” is the thundering metal we've come to expect from Jorn, and it's appropriately bombastic and awesome. But when the title track comes in with 1920's style piano lines, and a chorus that feels almost baroque, it is a bizarre bit of work. But the fact that Jorn parlays it into a song that is ridiculously catchy is what makes it brilliant. That feeling permeates the album, with every song throwing open its arms, welcoming you in with a warm embrace and a melody that lures you into a sense of security.

“Save Me” and “River Of Tears” are simply great songs, and they're given more meaning by not being wasted on trite lyrics that don't really say anything. They may not be your cup of tea, but there is always something to be said for taking an artistic risk.

Listening to this album, I can envision it playing out on the stage. The large-scale sets, the grandeur of epic dance numbers, the attempt to humanize the monster by connecting with the audience. It's all waiting in these songs to be unlocked, and I can see how it would work. I don't know the intentions, but if the campy elements were embraced, I dare say it could be quite a spectacle. Of course, I could be wrong, and the whole thing is supposed to be played straight, in which case my enthusiasm would be tempered quite a bit.

But what's at stake here isn't any of that. We're talking about “Dracula: Swing Of Death” as an album, which is easy enough. The biggest takeaway is that despite Dracula not being a story known for its levity, this album is riotously fun. The music bounces along with such fervor that the spirit is infectious. It's a perfect mix of the power of metal and the pageantry of theater. There's plenty of muscle, but the songs are annoyingly memorable in the way the best Broadway numbers are.

When I heard about this album, I couldn't help but laugh. It seemed too absurd to work, but I have to say I was proven absolutely and completely wrong. “Dracula: Swing Of Death” is a brilliant album, the most fun record I've heard in a long time, and undoubtedly the best album Jorn has ever made on his own. I never would have guessed it.