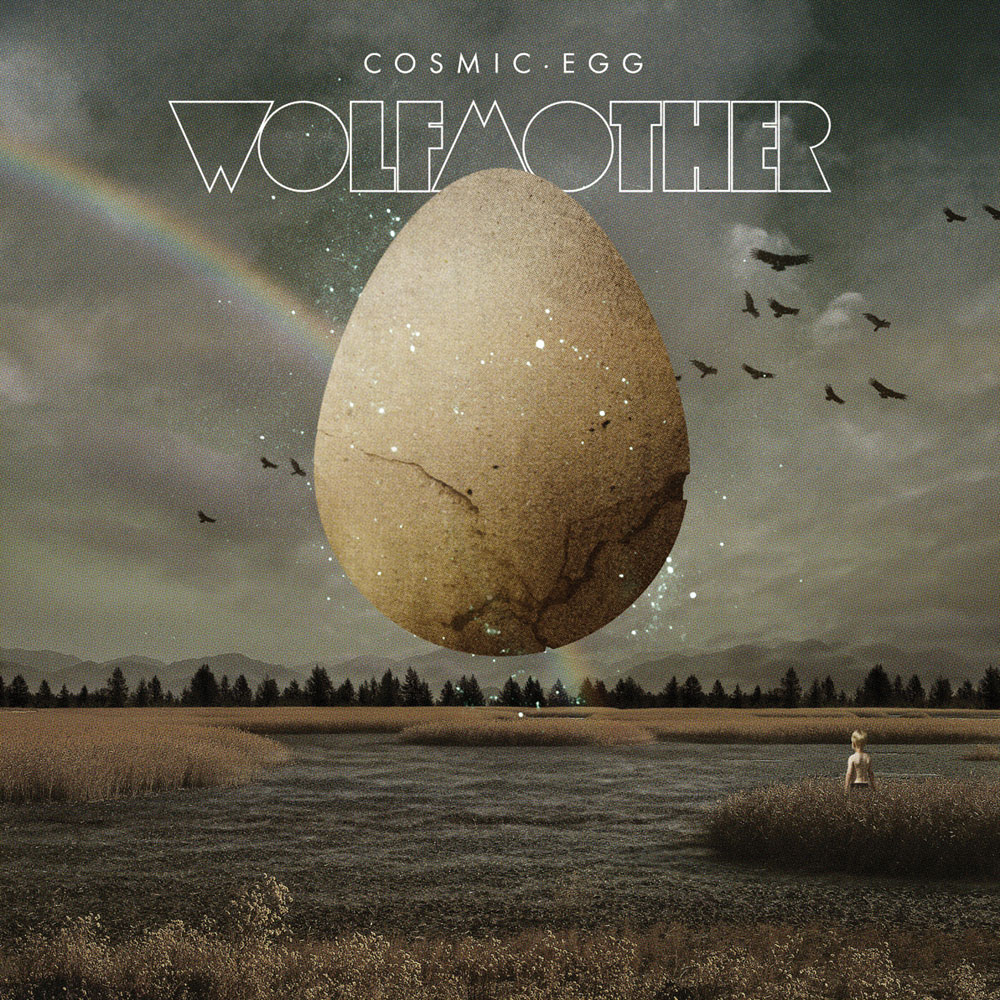 Listening to Wolfmother’s “Cosmic Egg” is a refreshing break from the usual blasé fare offered under the aegis of “rock revival.” Even with an almost entirely new band in tow, Wolfmother has produced a second album that can stand the test of time. The linchpin in the entire effort is that Wolfmother plays stand up rock and roll without any of the ironic sense that has become so fashionable in music and pop culture. Andrew Stockdale isn’t playing rock and roll out of some grand nostalgia, or to impress any sort of image on the listener. There’s no feeling of righteous pretension to be had. Rather, Stockdale and his new band play old school rock and roll because that’s what they do. It’s what they want to do. It’s what they breathe.

The beauty of “Cosmic Egg” is the way it seamlessly blends old and new. While the album is a living testament to the honest sensibilities of the rock that came before, it also endeavors to be more. The entire album, from “California Queen” to “Violence of the Sun” plays like a blended album of Led Zeppelin, Black Sabbath and Queens of the Stone Age. Sure, it might have a nicer face and prettier production than those bands can offer, but the beating heart of Wolfmother was borne from sweltering back-alley music clubs and trial-by-fire performances.

“Cosmic Egg” does tend to wander in tangential directions at time, but that’s more a product of the album’s lofty aspirations and enthusiasm for the material than it is of poor song-writing. Honestly, the musical meandering is more an unintended homage to the blues-based classic rock of old. Just as they should, songs like “Cosmic Egg” or “Pilgrim” are given to grandiose, elaborate guitar solos, but they also come back and remain grounded in a basic construction with a solid chorus.

Wolfmother is also guilty of never really reaching beyond the cookie cutter of verse-chorus-verse, but I don’t really think that’s a problem, given the nature of the music, the ideology behind rock and roll and the variety of songs within that framework. While “Cosmic Egg” is extremely uniform in theme and sound, it also provides an array of auditory experiences, from the muddled fuzz-out of “California Queen,” to the toe-tapping blues get-up-and-go of the title track, to the appropriately dramatic but sparse “New Moon Rising.”

It’s the warped distortion of “Sundial” though, that is the album’s pinnacle effort. The song almost perfectly creates the sound of a seventies rock revival, as played through blown out speakers and old dirty amps…by the Stooges, and assembled in a state of the art editing suite. It’s that perfect genesis of a sound that is both old and new that sets Wolfmother and “Cosmic Egg” apart from their rock revival brethren.

I can appreciate this album on a lot of levels. “Cosmic Egg” isn’t quite as jaw-clenching or adrenaline infused as their country mates Airbourne, but all the same ideas are in place. Wolfmother is playing rock for rock’s sake, and wants you to suspend your disbelief just long enough to think that rock never missed a beat, and this is what it always should have been.