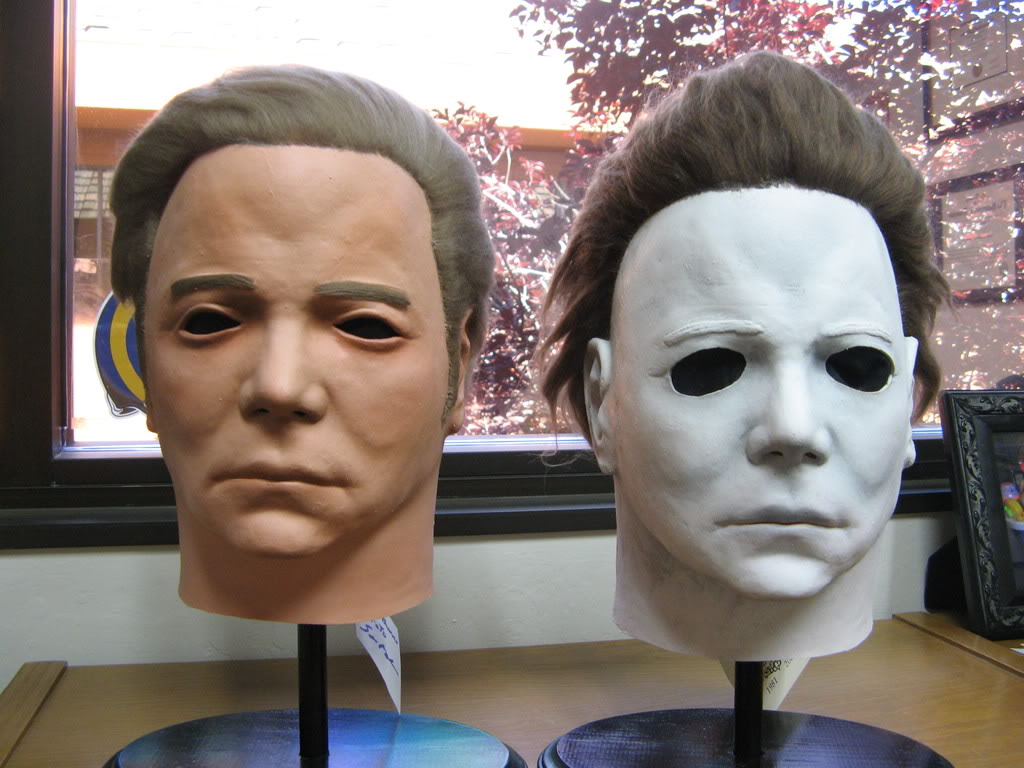 William Shatner, the great Canadian blowhard, is a man responsible for defining maniliness for a generation of nerds. From the outset Shatner would seem to be important to only one genre, Science Fiction, but unbeknownst to most horror fans Williamm Shatner has also had a tremendous influence on the world of the macbre. In celebration of Star Trek Beyond, here are William Shatner's Top 5 contributions to horror cinema.

While Shatner may not have a huge role in Visiting Hours, he is none the less entertaining. The film is about a TV reporter who is being hunted by an angry misogynist and after a failed attack at her home, the killer is desperately trying to murder her at the hospital. Visiting Hours is the second best hospital horror film of all time (a list of it's own), being only bested by Halloween 2 (1981). William Shatner plays the boss of the journalist, and has a small collection of amusing scenes as he visits her in the hospital.

.....now we're really heating things up. Co-starring the late, great Earnest Borgnine as the head Satanist this movie seems absolutely bonkers. Centaurs, bizarre rituals, pilgrims, eye removals, and every other satanic trope in one monumental 70's film. For fans of a later entry on this list, pay close attention to how Shatner looks with his eyes removed, the makeup effects look eerily similar to a very famous horror mask.

Suck it Arachnophobia, in your dreams Eight Legged Freaks, Shatner is the true king of the “spiders on a rampage” genre. The titular spiders in this film are all real live tarantulas, and seeing William Shatner get out acted by an arachnid is outstanding. There are even scenes in which William Shatner is absolutely covered head to toe by live tarantulas. The film isn't played for Camp, which makes it all the more amusing when Shatner really lays it on thick.

When it comes to influential episodes of “The Twilight Zone” without a doubt "Nightmare at 20, 000 Feet" is easily within the top three. It is one of the most parodied, and recreated episodes of the series. It was one of the sections lovingly recreated in Twilight Zone The Movie, and has a memorable appearance in an episode of "Treehouse Of Horror IV." It's easy to forget however that in the original episode it was none other than William Shatner playing the role of the crazed passenger who swears he see's something clinging to the side of the plane. Shatner appeared in quite a few episodes of various horror anthologies over the years, but this one is by far his best appearance.

In the realm of Horror franchises there are three names that will automatically come to mind: Freddy Kreuger, Jason Vorhees, and (most important to this list) Michael Myers. It's not common knowledge that the iconic mask of the babysitter stalker is naught but a simple William Shatner mask painted white. Once you know the truth behind the mask, you can slowly begin to see the similarities. While future iterations of the Michael Myers mask have strayed away from their Shatner roots but it is undeniable that Captain Kirk had a hand in stalking the babysitters of Haddonfield, Illinois.