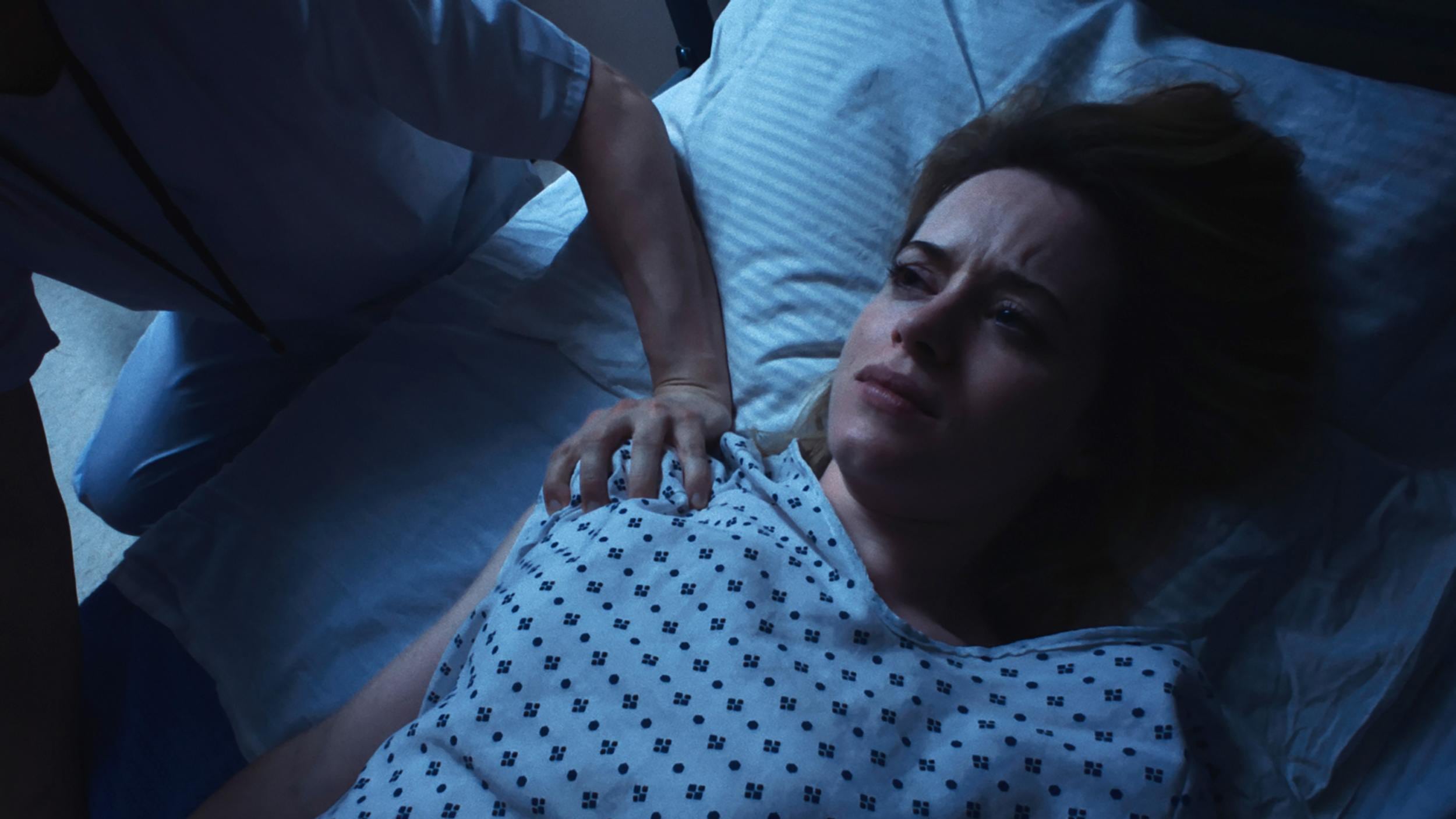 Unsane and The Representation of Mental Illness Facilities

Editor's Note: What follows is a critical analysis of Unsane as well as a personal account of one of our writer's experiences with mental illness.

For mainstream Hollywood filmmakers few are more daring or diverse than Steven Soderbergh. His ability to tackle a multiplicity of genres and subject matters with consistent craft and vision, seemingly with the ease most of us change our pants, is breathtaking. So, many were rightfully fired up when, what seemed like in the middle of the night, a new project materialized that would immerse itself in the horror genre. And furthermore, it was completely shot on an iPhone 7 plus.

This of course isn’t the first film to do this—but with the knowledge that this was in the hands of Steven Soderbergh a hushed fervent buzz began to build on the horizon. In the wake of all this, we get Unsane. A film that delivers one masterstroke vision of the effects of mind-altering drugs, some solid intense acting, and smart directorial technique and all built on a shoddy bedrock of mediocrity.

Unsane tells the story of Sawyer Valentini (powerfully played by Claire Foy) thrown into either baffling mind breaking delusion or painful psychological torture as she is tricked into being kept against her will in a mental health facility. Where she may or may not be in the midst of a hunt by her one-time stalker. This is a film that has a worthy thrust. One that wants to demonstrate how bewildering and insane it must feel as a woman trapped in the maddening uncertainty of whether her stalker may or may not return. This must be a terrifying reality, especially in a world where often times she isn’t believed by a male-controlled society. It’s a smart, fertile ground for genre filmmaking especially for a socially conscience horror film.

Unfortunately, Unsane fails to nail this subject matter down effectively and instead turns to the mental health industry as a complicit accomplice, undercutting any efficacious ends the film might hold.

The mental health facility as an inescapable prison isn’t a new idea in Hollywood. Despite his criminality, the focus of One Flew Over the Cuckoo’s Nest is on McMurphy’s treatment by the malevolent Nurse Ratched. An entire season of American Horror Story was dedicated to health facilities as tortuous hellscapes. Not to mention the endless horror films which treat these facilities as the playground for innumerable spooks and demons lying in wait for their next juicy victim.

We live in a country where suicide is the 2nd highest leading cause of death in ages 10-34. We watch celebrities, family, and friends take their own lives at a shocking rate. We are in a mental health crisis. Hollywood has a long history of vilifying the mental health industry as a place where an individual can be whisked away never to be seen again.

It’s no surprise then with that view in mind that government funding for mental health facilities continues to plummet. Despite what’s depicted in the sham perpetrated in the institution in Unsane, part of the efforts of deinstitutionalization has led to pathetically low insurance reimbursement rates. We continue to ignore a disturbing, gurgling brew of the dangers of untreated and demonized sufferers. Our neo-lepers.

Films and television aren’t the problem. They never are. As always, they are simply windows to our own collective social minds; they are the symptom of the existing fear in this country of mental illness. A fear that now divides and demonizes those that need the most help. They are a cry for help for how we have decided to view the people best suited to help those who need the most help. As a horror aficionado I know well the cathartic fun-house mirror role genre filmmaking plays for us. It allows us to relieve those tensions that plague our sub consciousnesses. We are blessed to have that outlet. But as the message repeats again and again into a disturbing echo chamber we must change the message to change ourselves. Kurt Vonnegut once wrote: “We are what we pretend to be.”

For the good of us all, it is time to pretend to be something different. Something that treats mental illness for what it is; a problem that needs treatment instead of a bottomless pit, one that ensnares the sufferer instead of a guiding light that leads to a better, safer existence.

This is a personal issue for me.

Less than eight years ago I was institutionalized. Placed in a facility after attempting suicide when I went through a messy divorce where I also lost the stepson I had raised from a baby. My life had taken a dark and terrible turn. Something had been brewing deep beneath the surface that I wasn’t ready to deal with. After all, this isn’t something that should affect me. I’m a veteran of the United States Army. I jumped out of airplanes. I toughed through terrible physical conditions time and time again and made it through. But, mental illness isn’t something that you can just tough through any more than you can just tough through cancer. In fact, that pride and fear of the unknown is the undoing of many lives. It’s genetic, it’s chemical, it’s insidious, it’s an illness and it never goes away—but most importantly in most causes it’s treatable.

I live still with the dark specter of depression over my shoulder at all times and it never goes away, but I can deal with it now. You see, I didn’t suddenly become depressed because my wife left me. I lost that relationship because I wasn’t dealing with the issues that harrowed me from the very beginning. And at the end that’s the real black hole, not the treatment itself but the lack of it.

It was only when I dealt with them that I could begin to move forward to something better. I couldn’t do it alone. I’m alive today because of that facility. I have a wonderful wife, three beautiful daughters and a family who love me. Only because I got that help. Because in that one feeble moment, I managed to beat off that fear and push the boulder of pride off my shoulder.

Mental health facilities aren’t traps but the only possible reprieve for those on the brink. They aren’t perfect solutions. There is real pain, suffering, and disappointment there. There are broken families and dreams. As there are in all facets of life and condition, especially when an important change must be made. Yet there is also hope there as only can occur with catastrophic change, and this hope is the only possibility of putting the pieces together and finding something new. There are more with this need than you know, probably members of your own family or friends who aren’t getting the help they need in part because of the stigma around mental health. And when the time comes they may find there aren’t enough beds for the people who need them-not the other way around.

I waited nearly too long. Most wait much much too late to save their lives.

This is because of the very fear Unsane profits on. The spine-tingling paranoia that somehow getting help is some feckless black hole that sucks its victims into an endless abyss. One that for those suffering from mental illness is already an omnipresent, horrific reality. It’s become a cliché, and isn’t just lazy writing. It’s outright irresponsible and dangerous.