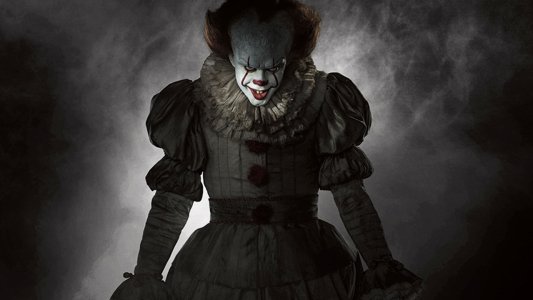 It wasn't until I was well ensconced in my horror loving fandom that I saw the original TV mini-series adaptation of Stephen King’s It. I do remember though hearing family members and older classmates recounting the horrifying story of the Losers Club and the fortune cookie encased embryo loving Pennywise the clown. The worst part was having to wait until the second part aired before I stop pretending to be interested in something that terrified me. But after finally watching it year’s later thanks to the siren call of VHS box art Tommy Lee Wallace’s series shot its way into one of my favorite King adaptations. Listening to the audiobook later endeared the story to me all the more completely. Just set aside 45 hours and let Steven Weber’s voice take you to another place including a 17th Century French Canadian logging settlement. Yea, it goes places.

The process of adapting any Stephen King work brings with it all the snares and obligations a large, invested fan base can throw in the works. Exacerbated, or at least amplified by the miracle of internet anonymity, every casting decision or promotional still is picked over with the scrutiny that won’t be argued with. Add to this a great deal of personal nostalgia and King’s own storied relationship with the adaptation of his work and it’s almost as though you’re walking into a sewer system full of pancake painted murderous clowns.

Now after years (and years) we’re finally seeing the latest cinematic version of It.

Following Cary Fukunaga’s departure from the project my excitement for the film waned severely. I couldn’t wait to see where the True Detective helmer would take the novel’s blend of hallucinatory and fantastical elements. But now with the film’s first trailer director Andrés Muschietti is taking the bittersweet sense of past and the deliberate pacing of King’s work seriously. There’s even a taste of that gangly monster running at the camera stuff that worked for many in Muschietti's previous film Mama. What’s most captivating though is the trailer’s pacing and slow build into the narrative’s most iconic sequence.

Here’s to hoping the filmmakers find a way to include King’s original prologue, an equally haunting and disturbing sequence that expands the social criticism of the narrative.

It comes to theaters on September 8th, 2017 via New Line Cinema presenting a Vertigo Entertainment/Lin Pictures/Katzsmith Production and distributed by Warner Bros. Pictures.