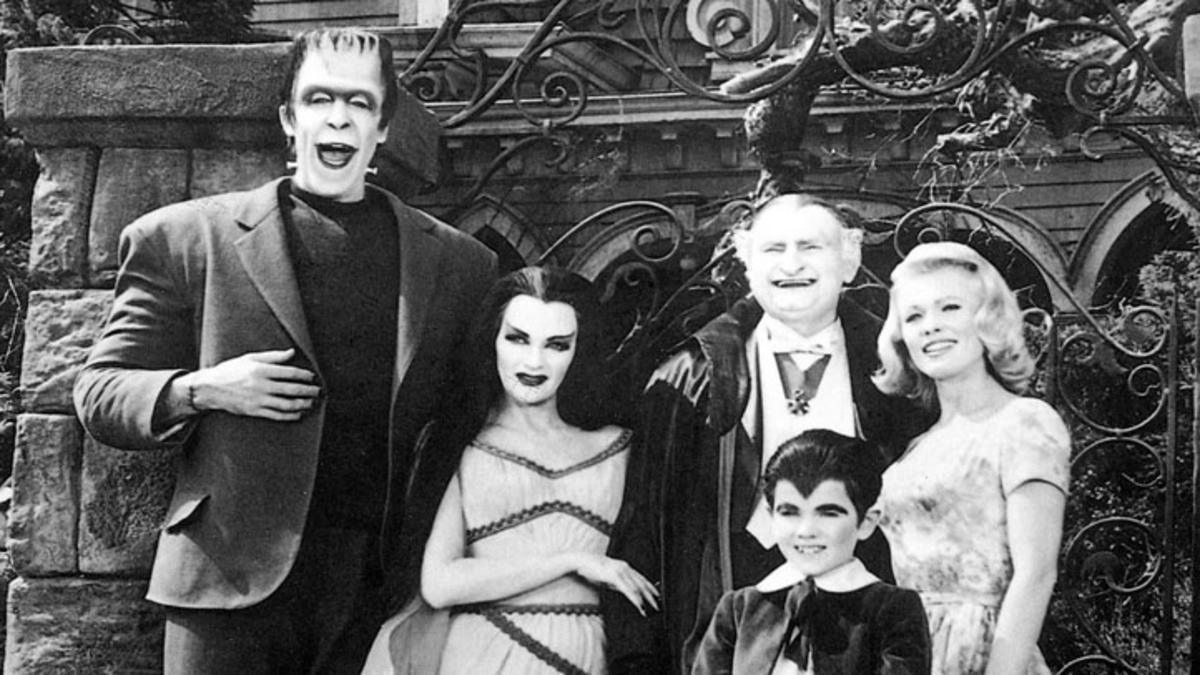 As we continue to trek through the hallowed halls of horror television we enter the era of the sixties. JFK was president, and hippies flocked the streets. In this decade we begin to further explore the possibilities for horror television as we see the concept of the horror comedy introduced, and continuity based shows appear for the first time.

This is our first entry on the list from Britain, and despite its less than creative title it is entirely focused upon horror. The series features full length feature films based off of horror and supernatural novels. Yet again are tales like Dracula, Frankenstein, and The Tell-Tale Heart adapted to the visual medium. Unfortunately, most of the series has been completely lost to time, as happened to much of early British television. The idea of preserving media was not a common idea as home media was not a feasible market at this time. However episodes from series later seasons managed to survive, and for fans of horror stories they are worth investigating. Their adaptation of Dracula is particularly unique, it combines certain characters in order to shorten the story, and has some spectacular atmosphere. Fans of Indiana Jones may recognize Dracula as Marcus Brody from Raiders Of The Lost Arc, and The Last Crusade. Admittedly whilst Denholm Elliott (the aforementioned Brody) gives it his best shot he can't seem to nail “menacing” very well.

By the 1960s Universal had optioned its classic horror films for use on television, which caused their brand to become popular to an entirely new audience. The classic universal monsters donned everything from Magazines, to cereal boxes and Universal wasted no time in capitalizing on the new boom. Upon hearing of The Addams Family's production Universal Television wanted a TV macabre sitcom of their very own, and as such The Munsters was born. The Munsters is a delightful send up of sitcoms of the era, especially poking fun at shows like “Leave It To Beaver”, and was heavily gag based. With a cast of characters featuring a Werewolf, A Vampire, a dragon and Frankenstein's monster all placed into traditional sitcom roles. The comedy works especially well when the show utilizes the supernatural aspects of the cast. Herman Munster played by Fred Gwynne is nigh invincible allowing for countless gags, and Grandpa Munster's constant references to both his age and the old country work extremely well. The makeup for the characters really holds up well, and the production design is truly top notch. The Munsters were insanely popular for two years, so much so that they were used for health and safety PSA's. Unfortunately the arrival of the 1966 Batman killed the shows ratings, and caused it to get canceled. The effect of The Munsters still lives on today, whether it be the attempted recent revival by Bryan Fuller, or the sampling of the shows theme in the latest Fall Out Boy hit “Uma Thurman”.

The easiest way to describe The Outer Limits is The Twilight Zone on a shoestring budget. That doesn't stop the series from its fair share of great episodes, but its worth reining in some of your expectations. Despite the budget the show was willing to fully commit to whatever premise it came up with, regardless of how goofy it seems. Donald Pleasance with the ability to create giant murderous glow clouds with his mind, that proceed to electrocute his enemies is a thoroughly ridiculous concept, but The Outer Limits refuses to treat it with even a lick of camp. The low budget caused many episodes to have to get creative, and luckily they had some big talent to help them manage. Special effects master John Chambers (responsible for Planet Of The Apes, and Star Trek) was involved in the production, and the show was quite influential to Star Trek. William Shatner appears in an episode of Outer Limits giving performance, and dialog nearly identical to those heard by Captain Kirk in Star Trek. The episodes focused on Aliens almost exclusively, and had new monsters every week. Many soon to be famous actors like Robert Duvall, Dabney Coleman, Martin Landau, Adam West, Martin Sheen, and James Hong lended their talents to the series. Even great writers like Harlan Ellison contributed. Ellison's episode “Soldiers” bears a resemblance to James Cameron's Terminator, so much so that Ellison himself filled a lawsuit against the filmmaker claiming Cameron stole the idea from his episode.

The Addams Family, and The Munsters are like Pepsi, and Coke: Similar in many ways, but oh so different in others. Still, people will go on debating which was to their preference, and as is with all things its simply a matter of taste. Are you a fan of gag based comedy? Then The Munsters is more likely your style. If you are more a fan of dialog, then no doubt The Addams'es are your preferred family. Based off the New Yorker comic written by Charles Addams the series features the macabre family, and their seemingly backwards view of the so called “civilized world”. The show features a plethora of jokes that pits the Gomez, and Morticia the two heads of the household as sort of an anti-PTA group. In the mind of Gomez and Morticia the idea of a brave knight slaying an innocent Dragon, is akin to how a normal family would react if their five year old was reading Game Of Thrones. The jokes work really well, and there are a plethora of true bits of comedic genius. The entire family has wondrous chemistry, and always get up to some truly delightful antics. If you are a fan of either the wonderful feature films from the nineties (not counting Addams Family Reunion), then you owe it to your funny bone to give the original show a look.

The art of Japenese special effects, known as Tokusatsu, owes a lot to Eiji Tsuburaya. This is the man instrumental in forging Japanese classics like Gojira, and the still ongoing television series Ultraman. His first foray into television was the outstanding Ultra Q. Ultra Q is heavily influenced by the Twilight Zone, but differs from anthology television due to its consistent cast. At an early age Tsuburaya wanted to become an pilot, and as such the main characters of the show, a pair of Aviators reflect the dreams of the creator. The series features the same attention to detail, and wonderful special effects Tsuburaya is known for. Each episode features either a terrestrial or extraterrestrial monster wreaking havoc on Japan. In fact long time fans of Toho's Godzilla series may notice some suits recycled from their feature films. The first episode of the series features a monster dubbed “Gomess” who is an altered Godzilla suit from the film “Mothra Vs. Godzilla”, and is even played by Godzilla performer himself Haruo Nakajima.

Clocking in at a staggering 1, 225 episodes, Dark Shadows is bar none the most prolific horror show in any decade. The show aired every day, Monday to Friday, for six years, and as such there is a lot to take in. The show's melodramatic performances may prove taxing to some, but it is truly amazing how they managed to put forth so much quality, for such an insane amount of time. The series is a gothic soap opera through, and through featuring a wide range of seemingly pedestrian storylines, to parallel universes. The most popular character from the show, vampire Barnabus Collins didn't even appear in the show until episode 211. Every episode except for episode 1219 were preserved, and you can buy the entire series on DVD for a whooping 587 dollars with 121 DVDs. The amazing thing about the show is that despite many episodes featuring no more than a conversation by a fireplace the series is completely captivating. The 22 minutes fly by as you are immediately engrossed in whatever the residents of Collinsport are up to. Sure occasionally a line is flubbed, or a boom mic is visible but the outstanding atmosphere, and wonderful music draw you in just the same. Skip the Tim Burton film (but definitely listen to the BGH episode on it), and watch the series that clearly inspired much of the media after it.