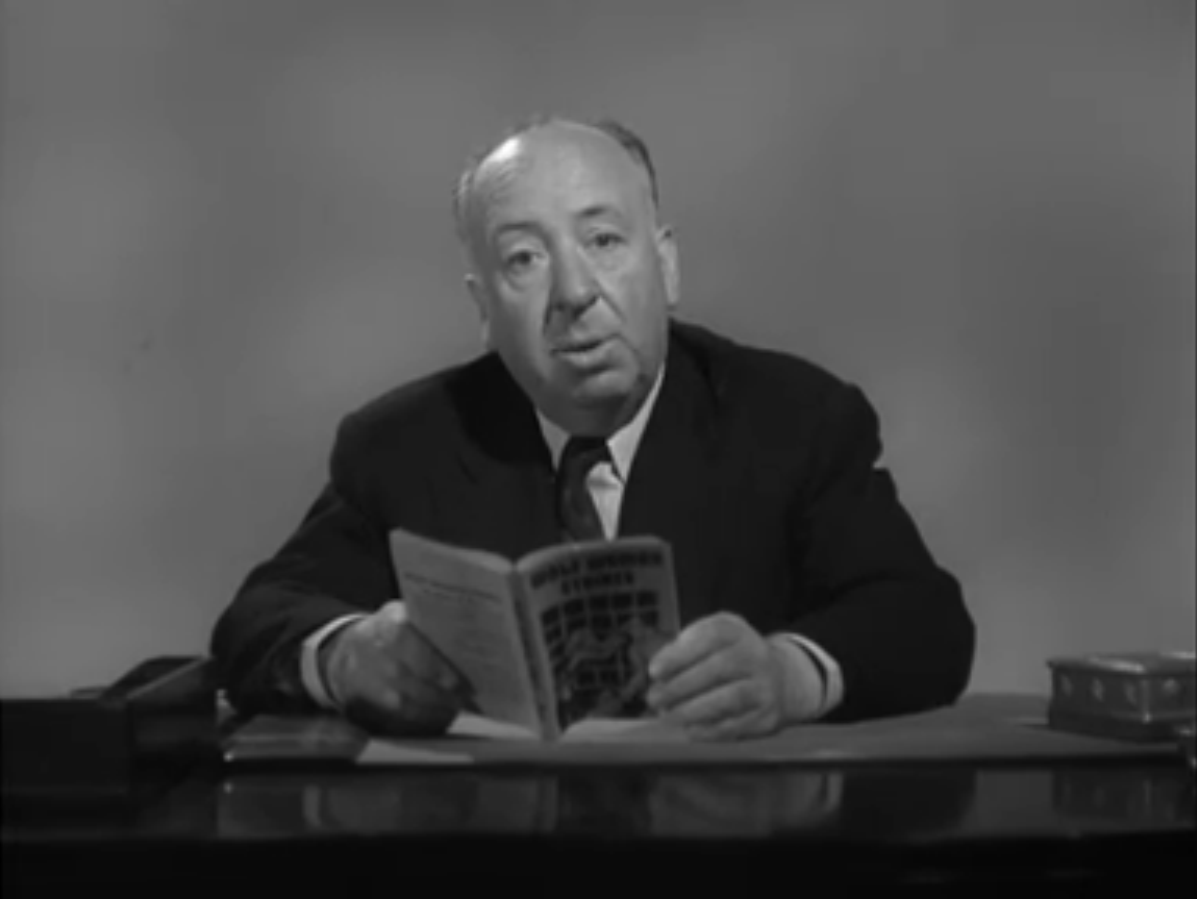 The horror genre has gained notoriety as of late for taking over the small screen. Horror and television are slowly becoming synonymous. American Horror Story, Hannibal, Scream Queens, Scream, Bates Motel, are all must see TV for horror aficionados. This trend of horror television is not quite as new as some proclaim it to be. Over the next few months BGH will be examining the best horror had to offer television in the previous decades, starting off this week with the 1950s.

We begin with a bit of a cheat. Yes this is a 1958 Horror anthology featuring Boris Karloff, but the series never actually made its debut on television. Studio troubles ensured the series would fall into relative obscurity until it was released in 1990. Some fans of TV movies may find the name familiar, that's due to the unaired television episodes getting cut together into a single TV movie with the same title. For a show with such a rocky history, its still worth checking out. Karloff introduces each episode in a very classical style in front of a roaring fireplace. The actor also appears in nearly every episode in a small role. The stories lack anything truly horrifying, mostly focusing on the weird and cerebral. Don't expect much in the form of gore, or special effects. The selling point of the show is that the stories are all supposedly based upon real life accounts of various paranormal phenomena.

This is the only series in the list to have an actual plot, albeit a flimsy one. The main idea is the host played by an aging Lon Chaney Jr., has committed a terrible crime, and is trapped in purgatory. The only way he can escape his eternal damnation is by locating someone who has committed a crime worse than his own. The crime is never specified, and Lon Chaney Jr.'s hosting abilities are subpar. Asides from the hosting duties however 13 Demon Street is a magnificent collection of horror stories. Shot entirely in Sweden, the series features a deluge of interesting, and original segments. For 1959 it's surprising to see episodes full of mutilations (off screen of course), and some extremely disturbing imagery. Surprisingly enough this series suffered a similar fate to “The Veil”, as it never aired and was cut up into a horror film entitled “The Devil's Messenger” in 1961. Created by The Wolf Man screenwriter Curt Siodmak, this 13 episode anthology series is well worth your time.

The earliest Horror series on the list, made in 1951 Tales Of Tomorrow was an entirely science fiction based anthology show that often explored some horrifying ideas. It featured a plethora of well known actors like the aforementioned Boris Karloff, and Lon Chaney Jr. Lon Chaney Jr.'s episode is particularly interesting as it gives Chaney, known for his role as The Wolf Man throughout Universal's classic horror franchise, to play Frankenstein's Monster. Chaney did don the monster make-up for Ghost of Frankenstein, but in that film the monster was on the decline, here you get to see Chaney portray the monster at the peak of his heatlh. Burgess Meredith, Leslie Nielsen, Raymond Burr, James Doohan, and even James Dean also made appearances throughout the two-season series. There is an astonishing amount of talent on display for a television series you've likely never heard of.

Alfred Hitchcock is often called the master of suspense, and for a man so pivotal in shaping the horror genre its easy to forget his amazing contributions to television. Alfred Hitchcock Presents is filmed with the same eye for quality, and finesse that Hitchcock gave his own films. Even episodes he doesn't direct are still filled to the brim with his signature style. Hitchcock himself introduces every episode of the series, and never ceases to amuse. There were two separate introductions for each episode filmed by Hitchcock, one for American viewers, and one for the Europeans. The performance and delivery by Hitchcock is some of the best hosting work ever associated with an anthology series, and with a ten year run from 1955 to 1965 the series has something for everyone. The series even features directing credits from Robert Altman, and writing credits from Roald Dahl. Pair that with the most bizarre intermingling of up and coming actors with classic actors, and you really see the full scope the series had. What other series can you mention Scatman Crothers, and Claude Rains in the same conversation?

This is by far one of the most influential Horror series of all time. Over the next nearly three decades shows and movies would either create their own Twilight Zone rip-offs, or just blatantly steal Twilight Zone plots. Watched through the modern eye, The Twilight Zone still holds up, and even if you've never seen the show you're at least aware of it. If you ever watched The Simpsons Treehouse Of Horror specials in the 1990's you may be surprised to find out that the majority of parodies are direct send ups of very specific Twilight Zone episodes. If you've attended Disney World in Florida the Tower Of Terror ride is officially called “The Twilight Zone Tower Of Terror”, and is virtually hosted by the series creator, the late Rod Serling. Its impact is undeniable, and its quality earns every bit of its notoriety.