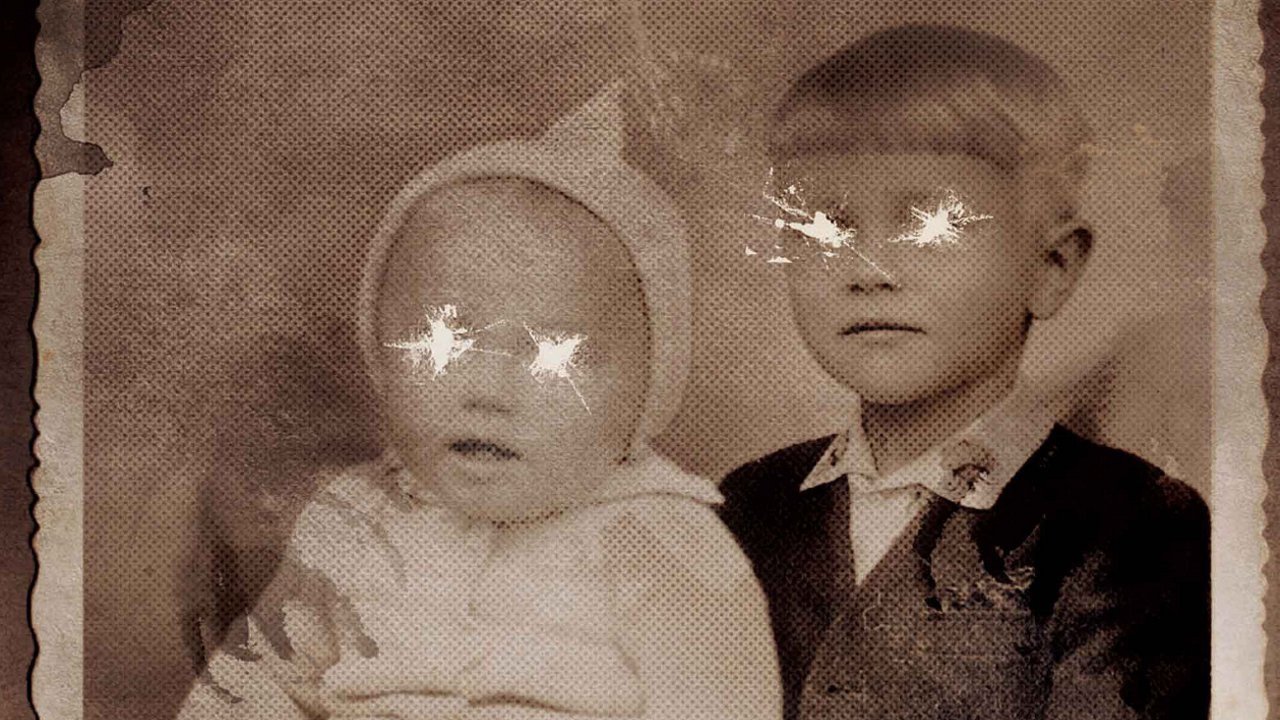 I am so excited for today's release of Sinister that I feel like stripping down to my boxer shorts, lathering myself up in cocoa butter and running up and down the streets of my neighborhood, pounding on doors and offering encouragement for all that answer to join me at the local theater. Since my lawyer has advised me that would be a foolhardy idea, I'll just give you a rundown of a half dozen other violent ghost stories that kick ass. Why a half dozen? Didn't you ever read Spiderman? The “Sinister Six” arc killed, man.

Date: 2012 (or 1989)
Director: James Watkins
The Skinny: You can take your pick of this year's Hammer production or the superior BBC telefilm from 1989 (I'm not just being a culture snob here folks, I promise it's really freaking good). Robbed of her only child in life, The Woman's appearance meant bad juju for anyone unfortunate enough to make her ghostly acquaintance. Whenever she appeared the village's children soon turned up dead. Even without that chilling calling card, the withering look of pure hatred she tossed at anyone whose path she crossed was more than enough to make you quake at the knees.

Date: 1982
Director: Tobe Hooper
Cast: The early 80's let loose a torrent of “family friendly” horror that there's no doubt would never fly today's antiseptic Hollywood. It scared the bejesus out of me as a kid. Clearly the only retaliation for building affordable yuppie housing over sacred Native American burial grounds is to suck young girls through extra dimensional portals in the closet and rip apart the house from end to end in the most violent manner possible. Poltergeist is the film that launched a thousand adolescent nightmares on those cold fall evenings when tree limbs shook barren of their leaves would stir in the wind and scrape innocently against window panes.

Date: 1976
Director: Sydney J. Furie
Cast: ONLY IF SOME RECOGNIZABLE NAMES
The Skinny: What's even more disturbing than an unseen spirit trying to kill you? How about one that terrorizes you mental and physical torment by repeatedly forcing you down and raping you? That's the horrifying premise behind this 1976 ghost story. What makes it even more chilling is the claim that it's based on true events (from a time when this phrase wasn't completely bastardized by Hollywood). Barbara Hershey gives a chilling performance as the ghost's victim and special effects from the legendary Stan Winston help this film stand up nearly forty years later.

Date: 1980
Director: John Carpenter
Cast: Not only does the sleepy town of Antonio Bay have to deal with your run of the mill angry ghosts, this seaside town gets havoc wreaked on it by PIRATE GHOSTS! Not just any old pirate ghosts mind you, but the swashbuckling kind that know how to wield swords and aren't afraid to chop kindly old baby sitters into skewer sized bits. Only the power of Tom Atkins mustache can keep this evil at bay. The Fog is an example of John Carpenter bringing A-level skill to a standard B-movie. With the pea soup thick fog rolling through the streets lending gobs of atmosphere and a makeup job for the ghosts that emphasized the waterlogged corpses dredged in seaweed and salt. This is almost as a good a movie for the season as that other one Carpenter helmed that you might have heard of.

Date: 2009
Director: Oren Peli
The Skinny: Love the idea behind the spirit in this one. It's not haunting a specific location. Rather, it's tormenting a specific person, with it's victim being the lovely Katie and her douche nozzle boyfriend Micah. Not only that, this ghost bides its time, showing up when Katie was a young girl then making an appearance every decade or so to poke at her. By the time she's in her late twenties, Mr. Invisible finally decides to make a move, tearing her out of bed and dragging her down the hall, biting at her, trashing her pictures before finally taking over her body and having her go all stabby on her boyfriend. He won't be missed.

9. "The House on Haunted Hill"

Date: 1999
Director: William Malone
The Skinny: This remake of the classic Vincent Price film is by no means any good, but it does have a certain amount of charm in its awfulness. Geoffrey Rush doesn't so much chew scenery as he doubles fists it then shoves it down his gullet wholesale. That said, there's fewer things more badass than a house filled with the pissed off ghosts of former patients of a mental asylum that were subjected to unimaginable horrors in life. This one throws any sense of subtlety out the window in favor of visceral violence that can best be equated to what you would see if you turned a pack of starved woods loose inside of a nursery. It's not pretty, but it gets the job done.