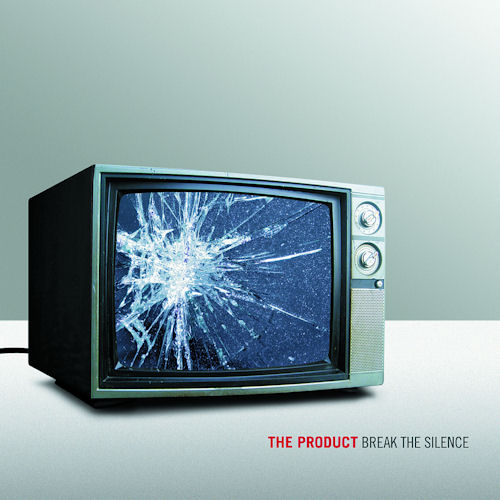 The Product - "Break the Silence" Review

The Product is an independent band trying to make themselves distinct from the cacophony of endless digestible post-punk influenced rock. It’s a difficult road to walk on, and a long path of hard work lay ahead of them. Still their EP “Break the Silence” shows glimmers of promise toward becoming something more than generic radio filler.

Not as emotionally or thematically naïve as many of their counterparts, the band possesses a unified sound with a single musical idea expressed over a number of tracks. The grand orchestration of instruments and rock tropes is thorough and impressive for a band trying to scratch and claw their way up the ranks. There’s talent here, even if it doesn’t really push the musical fringe and break into new territory.

“Break the Silence” isn’t devoid of talent, as The Product displays songwriting ability on their higher octane tracks such as “Sunrise and Sunsets.” Still, the band hasn’t really come to develop and refine their talents into a consistent form, as they lose direction in the softer songs such as “In the Blink of an Eye.” The sentiments are nice, but there’s nothing to distinguish that song from the ten thousand others just like it.

The beginning of the song “Stitches” proves to me that The Product is capable of grabbing attention, as the driven intro (and the song as a whole) is the album’s best, most complete offering. The promise doesn’t carry to all tracks though, as the band tends to get locked into a verse-chorus-verse rinse and repeat.

This is honest, earnest, inoffensive your-girlfriend-might-love-it rock, and there’s always going to be a place for that kind of music. I could easily picture tracks from this EP as music for the credits of a teenage drama movie (I know “twilight” is a dirty word around here, but The Product would be a fitting soundtrack.)

“Break the Silence” is not for me, or for anyone looking for a thrashing good time, but I can’t fault these guys for sticking to their guns and producing an EP they feel good about. If they keep scratching away, and keep maturing their sound, good things may follow. They need to develop something distinct that sets them apart; a hook that fans could latch onto. Without that, it will continue to be a long road.