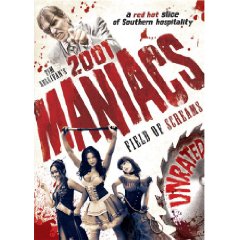 From director Tim Sullivan comes the eagerly anticipated second installment of the gore-soaked horror-comedy franchise, 2001 MANIACS: FIELD OF SCREAMS! The Southern residents of Pleasant Valley take their cannibalistic Guts N' Glory Jamboree on the road to Iowa where they encounter spoiled Northern heiresses Rome and Tina Sheraton and the cast and crew of their ''Road Rascals'' reality show. Performing ''The Bloodiest Show on Earth,'' our Southern Maniacs prove to be more than ratings killers in what John Landis has called ''one of the rare sequels that surpasses the original.'' 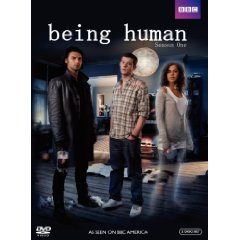 A vampire, a werewolf, and a ghost share an apartment in Bristol, England--it's not a joke, it's a supernatural TV series from the BBC! The smoldering vampire, Mitchell (Aiden Turner), struggles to change his bloodsucking ways; the werewolf, George (Russell Tovey), is a jittery guy who won't truly acknowledge and accept his curse; and the ghost, Annie (Lenora Crichlow), pines for her lost fiancé and has no idea what's keeping her tied to the living world. Over the course of the first season's six hour-long episodes, they face hidden secrets, a manipulative older werewolf, a vampire protégé out for revenge, mob prejudice, a doorway to the beyond, and an impending vampire takeover of the world. But the show's theme is right in the title, Being Human: the plot developments are really opportunities for the characters to grapple with fundamental human experiences, from dating anxiety to profound loss. 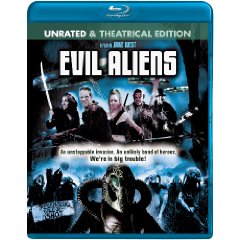 If you thought you'd seen it all, brace yourself for this jaw-dropping slice of sci-fi horror lunacy that has audiences rolling and gagging in the aisles! Gruesome mutilations, inappropriate body probes and pointy weapons ranging from sports gear to chainsaws populate this gore-drenched, splatstick classic of giddy alien mayhem, the successor to Aliens, Phantasm, Bad Taste and The Evil Dead. Looking for a hot new story, struggling Weird Worlde TV reporter Michelle Fox totes her crew to Wales where residents of a small farming town are reporting alien abductions and impregnations. Unfortunately, their dramatic recreation of the suspicious event turns downright nasty when the real interstellar visitors arrive, and they're hungry for more than a close-up! A no-holds-barred fight for survival ensues, with farmers and TV crew alike falling prey to the ruthless, relentless, unstoppable Evil Aliens! 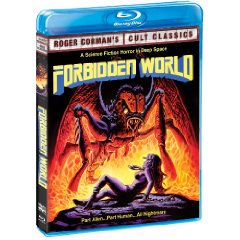 On the planet Xarbia, an experimental life-form known as Subject 20 has been created by an elite group of scientists in hopes of preventing a major galactic food crisis. However, instead of prolonging life, Subject 20 is destroying it, and the man-eating organism poses a double threat because it constantly changes its genetic structure. Bounty hunter Mike Colby is called in to investigate but soon suspects that the scientists are keeping something from him, and he discovers why . . . Subject 20 is half-human 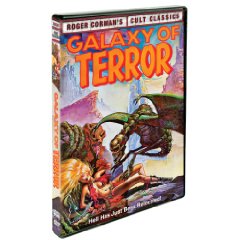 The innermost fears of the mind become reality for the crew members of the Quest when they land on the barren planet Morganthus hoping to find the missing crew members of the starship Remus: only to discover something deadly waiting for them. Each member of the rescuing team must come face to face with their darkest fears or perish. The cast onboard the Quest includes Edward Albert (The House Where Evil Dwells), Erin Moran (Happy Days), Ray Walston (My Favorite Martian), Robert Englund (A Nightmare On Elm Street series), Zalman King (Blue Sunshine) and Sid Haig (House Of 1,000 Corpses).

The film also had its share of new and emerging talent behind the camera, including James Cameron (The Terminator, Aliens, Avatar), who did the production design, and Bill Paxton, who worked as a set decorator before later collaborating with Cameron in front of the camera as an actor. 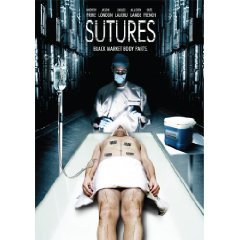 A group of longtime friends converge on a fatal course with destiny when they cross paths with Alexander Tatum, a mercenary surgeon. He is a hunter with the keen skill of one who has also been hunted. Prey turned predator. The victims quickly realize that Alexander is just the beginning of their problems, as they find themselves enmeshed in a fight for survival against a sociopath business man and his demonic staff, who will stop at nothing to prevail in the sale of Black Market Body Parts.