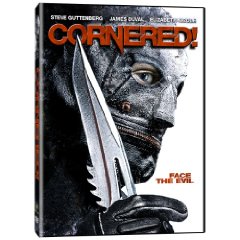 During their nightly poker game a group of lowlifes are terrorized in their own convenience store by a masked killer. 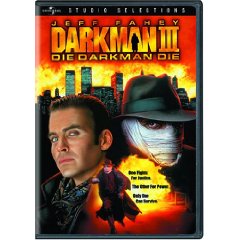 ARNOLD VOSLOO RETURNS AS DARKMAN, THE CRIME-FIGHTING MASTER OFDISGUISE. THIS TIME, HE MATCHES WITS WITH DRUG-DEALING VILLAINJEFF FAHEY, WHO WILL DO ANYTHING TO UNMASK THE SECRET OFDARKMAN'S SUPERHUMAN STRENGTH. 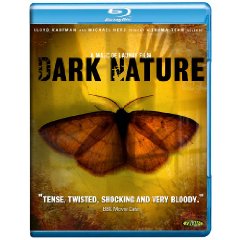 Hoping to enjoy a nice holiday in the country, McKenzie and her rebellious daughter Chloe travel to a remote Scottish community, but their weekend getaway turns into a nightmare as an escalating series of disturbances force them into desperate fight for their lives. DARK NATURE offers bloody thrills and the blackest of comedy as these women struggle against a brutal attacker who is hiding a secret that threatens to tear them to shreds. In the spirit of psychological horror classics THE SHINING and LONG WEEKEND, this smart thriller has a twisting, turning narrative that creates a sense of dread from the first shot and never lets up until the final seconds. 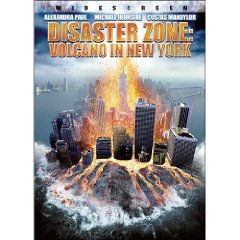 Blazing action and intense special effects set off this riveting disaster drama about a volcano below nyc. With a plan to divert the lava through the citys aqueduct system a group of misfit tunnel diggers become the citys only hope to rescue the city from volcanic apocalypse. Studio: Platinum Disc Llc Release Date: 05/01/2007 Starring: Costas Mandylor Michael Ironside Run time: 92 minutes 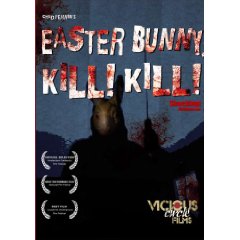 From Chad Ferrin, the acclaimed director of the cult hit Someone s Knocking at the Door, comes this twisted and frightening low-budget shocker, a stylish and totally original confection where gore, violence, suspense and humor all intersect for a creepy and shocking good time. It s Easter, sixteen-year-old Nicholas favorite holiday. When the mentally and physically disabled youth s mother, Mindy, begins a relationship with a psycho killer, bizarre events begin to unfold - especially after Nicholas takes a seemingly normal rabbit into the house. But when home intruders, prostitutes and street trash are murdered in bizarre and gruesome ways, just who is the bunny-masked killer committing these horrendous crimes? 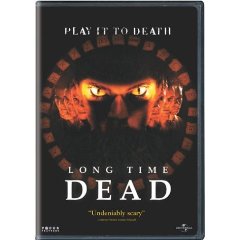 A group of college students at an all-night party dare each other to play a Ouija board. But what starts out as fun rapidly turns into a nightmare when the glass spells out the message "ALL DIE" and a demon is awakened with an appetite for vengeance against those who summoned him. One by one, the students fall prey to a succession of disturbing murders. With time running out and the body count growing, the remaining friends realize they can't trust anybody, not even each other. 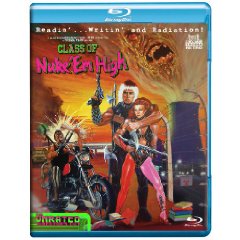 Created by the same lunatics who brought you the smash cult classic THE TOXIC AVENGER, CLASS OF NUKE 'EM HIGH takes place in the radioactive halls of Tromaville High School, where a dangerous leak turns great minds into great mutants. Expose yourself to outrageously awesome doses of science fiction, horror action and bizarre humor. This nuclear age movie has something for everyone... and everything. Your entertainment level will shoot right off the meter! 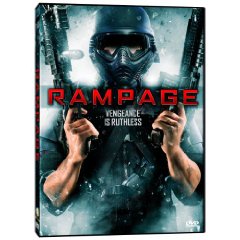 The boredom of small town life is eating Bill Williamson alive. Feeling constrained and claustrophobic in the meaningless drudgery of everyday life and helpless against overwhelming global dissolution, Bill begins a descent into madness. His shockingly violent plan will shake the very foundations of society by painting the streets red with blood. 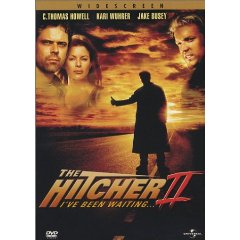 The Hitcher II - I've Been Waiting

Jake Busey steps into Rutger Hauer's cowboy boots to remind viewers about the dangers of picking up hitchhikers in this sequel to the 1986 thriller. Though suggested, it's unclear whether Busey's black-clad hitcher is actually supposed to be Hauer, who blackmailed teen driver Jim (C. Thomas Howell) for a series of killing 17 years earlier, but he makes life miserable all the same for the grown Jim (Howell again), now an trauma-plagued cop, and his girlfriend (Kari Wuhrer) as they drive through Texas (played here by Canada, and well photographed by George Mooradian). But where the original Hitcher was a taut exercise in suspense, executive producer Charles Meeker's script is simply a retread of its predecessor's highlights, including the infamous "drawn and quartered" scene, and gives the three leads little to do. Busey tries hard, but lacks Hauer's formidable presence, which may disappoint fans of the original; undemanding frightfest aficionados might enjoy this best.

Academy Award® winners Anthony Hopkins (The Silence of the Lambs) and Benicio Del Toro (Traffic) tear up the screen in this action-packed thriller. Lawrence Talbot (Del Toro) is lured back to his family estate to investigate the savage murder of his brother by a bloodthirsty beast. There, Talbot must confront his childhood demons, his estranged father (Hopkins), his brother’s grieving fiancée (Emily Blunt, The Devil Wears Prada) and a suspicious Scotland Yard Inspector (Hugo Weaving, The Matrix Trilogy). When Talbot is bitten by the creature, he becomes eternally cursed and soon discovers a fate far worse than death. Inspired by the classic Universal film that launched a legacy of horror, The Wolfman brings the myth of a cursed man back to its iconic origins.