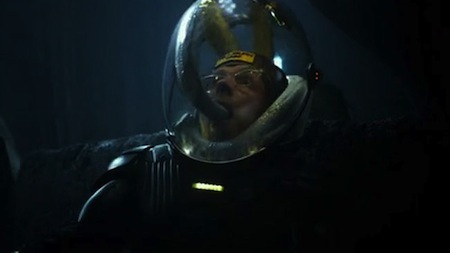 More Twitter jokes than you can shake a stick at? It must be BGH webmaster Mark, with his picks of 2012.

1. The Cabin in the Woods - You could make an argument that "The Cabin in the Woods" is the most pandering horror film of the past 20 years, and I wouldn't argue with you. However, as it turns out, I'll take a brilliantly written, lovingly executed pander-fest over pretty much anything.

2. Prometheus - "Promethus" represents a rare occurrence in the modern horror scene: a 'sequel/prequel' that is a step forward as opposed to a mere retread. I'm by no means a hardcore devotee of the "Alien(s)" canon, but I found it pretty easy to lose myself in this epic space adventure.

3. Sinister - I'm with Twitter on this one; "Sinister" is the most poopie-in-pants movie of the year. It's well-worn territory, but I was still chilled to my core.

4. ParaNorman - "ParaNorman" is debatable as a horror flick, but there is more heart in its execution than any other film this year. To me, it's a first ballot entrant in the feelgood Halloween hall of fame.

5. The Grey - I walked into the theater thinking 'wolf punch,' but I left feeling like I had been punched in the gut, in a good way. "The Grey" will likely stand the test of time as the emotional core of an abysmal year for horror.

6. Excision - In a year that felt very 'safe,' "Excision" breaks from the pack with its twisted (if unpolished) direction and a very risky performance from Annalynne McCord.

7. The Woman in Black - You have to hand it to "The Woman in Black" for going all the way with the period piece thing by delivering a tidy little package of old-timey spookiness and tar-thick atmosphere.

8. Silent House - "Silent House" could stand on its own without the 'single shot' gimmick, as Elizabeth Olsen's performance delivers the goods with her solid acting and nuanced selling of the films pervier undertones.

9. V/H/S - It's difficult for me to begrudge a new spin on both found footage and anthology films, and the best moments in "V/H/S" trump some of its more unsavory aspects.

10. Abraham Lincoln: Vampire Hunter - Hands down the most educational film of the year, #ALVH is silly as hell but moderately satisfying entrant in the 'civil war wire-fu' sub-genre. 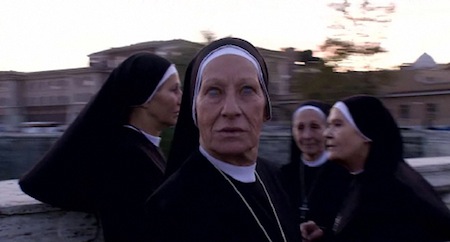 1. The Devil Inside - This was really a close one, but the only thing I #HATES more than #HATES is a cliched possession joint that ends on the most abruptly sour note of anything I've ever watched for our god-forsaken podcast. I was so hurt by the experience that I had completely blocked this piece of shit out of my brain as a means of self preservation.

2. The House at the End of the Street - Max Thieriot is a mainstay of my 'worst of the year' lists, but he farts into a comforter made of $100 bills while I get drunk and write about him on the Internet. The only worthwhile thing that this film brought to the world is Episode 222 of Bloody Good Horror.

4. Silent Hill: Revelations 3D - Do you remember the first time you realized how expensive going to an amusement park is and thought to yourself "what kind of crazy person pays for this shit?" Seeing "Silent Hill: Something THREEDEE" sums up that feeling pretty handily.

5. The Collection - On one hand, I feel that "The Collection" improves on its predecessor...you know what? I can't even fake this.