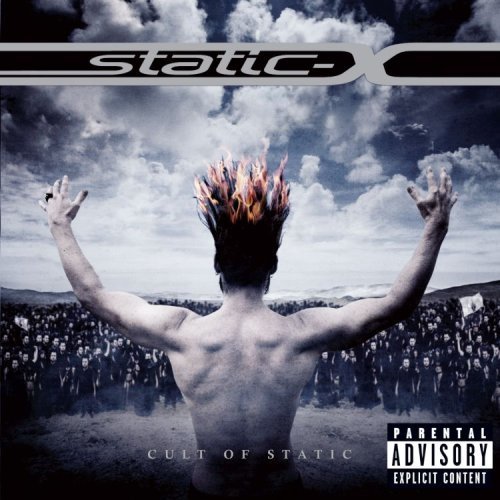 I can’t wrap my head around this.

Static-X’s new album, “Cult of Static.” It confuses me, makes me listen to it two and three times, then sit and consider. Once I hit a mental roadblock, I go back and listen to “Machine” or “Wisconsin Death Trip,” and try to draw parallels, figure out how the new album came to evolve.

And I still can’t wrap my head around this.

Static-X is one of those bands who has always been wildly hit or miss for me. The band’s first two albums, mentioned in the previous paragraph range, from good to great. They’re not fancy, and they’re not refined or cultured, but they were fine stalwarts holding up the tenets of American heavy metal. After that, the track becomes marked with hills and valleys, but at least there was consistency of sound.

On “Cult of Static,” a good chunk of that goes away. The beats are less threatening than you’re used to from Static-X (although they’re still a positive mass driver by comparison,) and for much of the album, the drums proceed at their own pace. The only analogy I can come up with is that it’s like someone took a Static-X 45 and is playing it at 33& 1/3. Kids, if you don’t know what that means, ask your parents.

In stark contrast to their previous body of work, the production on “Cult of Static” is sparse. The drums are cranked for maximum effect, but there isn’t a lot of layering, and the guitars are surprisingly thin. Odder still is the composition of the songs. The instruments, including Wayne’s vocals are utilized practically one at a time, each in their turn. There are whole sections of the first half of the album where Wayne’s voice is the only tool carrying the melody. The end result is stripped-down and simplified to the point where each song can be easily dissected into its requisite parts.

The unintended consequence of that however, is that the album feels ultimately hollow. Coming from a band that normally assaults the listener with sound until he/she “can’t feel feelings anymore,” “Cult of Static” is an awkward and startling step to take. Hell, the band even brings back the fade-out rather than ending their songs, which hasn’t been seen in metal in a long time.

The strangest part of the album is the sheer amount of empty space that it contains. Due to the nature of the instruments being played singularly over the canvas of drums, the areas of transition are blank and vacuous. For whole measures, there will be just the ever-present, unceasing and unvarying drum beats, perhaps accompanied by a thin three note guitar line, but not all the time. With all the vague metal ambience going on, “Cult of Static” feels like Static-X was trying to forge a soundtrack to a gritty, street-level action movie, except that no one’s making the movie.

There are a handful of memorable moments. “Lunatic,” “Z28” and “Skinned” are all solid songs, although their distinguishing feature is that they actually keep your attention for more than sixty seconds. So many of the songs have such similar structure and beat that it’s difficult to tell them apart. The album feels like eleven of the same basic song, in a kind of twisted minimalist joke. There’s no shining star, no Push It to carry the album along.

Here’s the problem though. With all of what I’ve just said, I still can’t say it’s a bad album. The rhythmic pounding that repeats from beginning to end is undeniably catchy, and drills itself into the subconscious recesses of your brain. It’s hard to not find myself having parts of the album stuck in my brain the more I hear it. I’m not sure if I enjoy the album, or if my primal attraction to rhythmic beats simply keep me from hating it. Most certainly a “rent before you buy” situation.