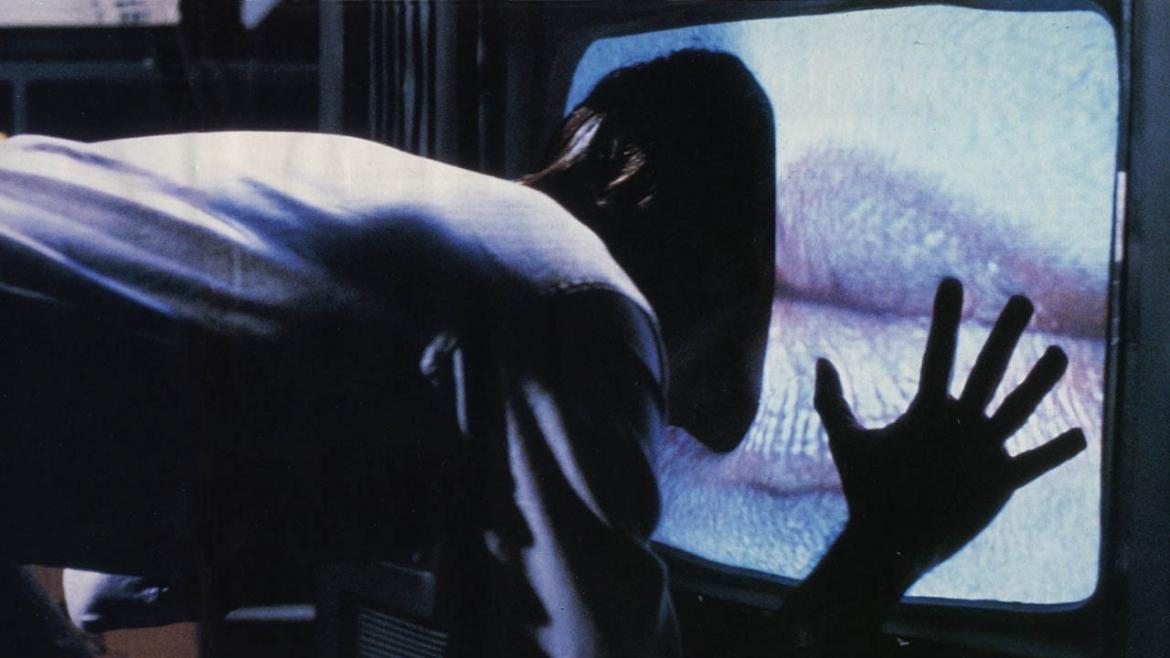 Videodrome is one of the best critiques of cat videos before cat videos were a thing. In David Cronenberg's follow-up to “Scanners” the writer and director solidified his cinematic voice addressing similar themes with a breadth of scale and a visionary perception of the place of new technologies in the public and private. Where in his previous feature a climatic sequence represented some sort of proto-internet telepath hack, Videodrome takes for its very focus the intrusion of malicious programming in domestic spaces and a collective consciousness. Inherent in “Videdrome” is a quality of emergence in its ideas, filmmaking technique, and that make this a difficult film to ignore.

Max Renn (James Woods) is a producer at a smalltime, slightly unsavory, niche cable channel in Toronto. Peddling in kink and sex tapes, Max is now on the lookout for something “with an edge”. Video pirate Harlan (Peter Dvorsky) offers a glimpse of a program called Videodrome in which individuals are tortured and eventually killed…with a production value that’s almost too realistic. Max kindles a romance with pop-psychologist and radio show host Nicki Brand (Deborah Harry) who finds the Videodrome footage sexually arousing, awakening in Max a taste for BDSM. After Nicki attempts to audition for Videodrome Max is directed to the “Cathode Ray Mission” run by Apostle of the Boob-Tube Brian O’Blivion (Jack Creley). O’Blivion and his daughter Bianca (Sonja Smits) reveal the nefarious intentions of the people behind Videodrome, suggesting that Max’s sanity may be the target.

The narrative in Videodrome, much like what we see in “Scanners”, “The Fly”, and countless other noir or horror-tinged stories, follows Max on a quest for “truth” which he is continually warned to cease. There’s a sense of hubris and self-destruction that, in the case of Max, stems in large from his sadistic tendencies rather than a purity of intention. His questionable moral status is gestured to throughout the film and bears direct relation to his eventual victimhood in the film’s second half. Max’s moral status is a key fulcrum from which Cronenberg balances two mirrored philosophical principles that have conflicting views of the purpose of domestic technology and entertainment.

This dialectical approach reveals Cronenberg’s efforts to draw television and video into the realm of the uncanny. While films such as “Westworld” and horror/fantastic fiction had been playing with the merging of human and machine forms in a literal sense, what Videodrome manages to do is blur the line between the quotidian actions of watching TV and the cosmic notions of consciousness as framed by sexuality and control. With Cronenberg’s particular brand of eroticism, hallucinations and sexual encounters are mixed in such a manner that, as Brian O’Blivion puts it, “the Television becomes more real than Reality.” This is further reflected in the tagline for Max’s station: “The station you take to bed with you”.

Videodrome is a shockingly relevant film, a prescient glimpse into a society in which space and mediated experience collapse into a psychosexual mixture of the private and public.