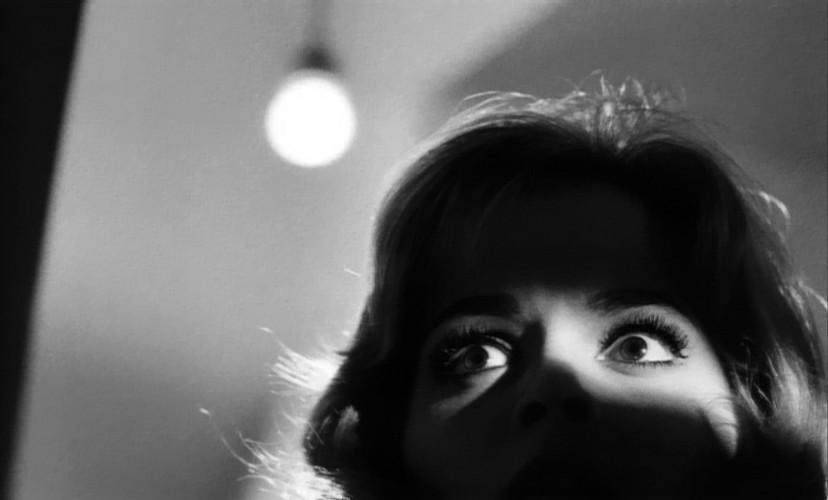 The Girl Who Knew Too Much (Movie Review)

Black gloves, black raincoat, beautiful but unstable women, more red herrings than a Finnish wedding reception, metaphorical animal titles, Haute Couture, J&B whisky, and a slightly naive protagonist caught in a killer’s path. If this is ringing a bell then chances are you have seen at least one giallo in your lifetime. ‘Giallo’ is of course, the generic term given to a spate of hundreds of violent whodunit films to come out of Italy between 1963 and present day (though the heyday was the 60’s and 70’s).

The giallo can be hard to categorize because while there are many conventions, the films don’t always fall into an identifiable cinematic niche. Even within the oeuvre of one filmmaker, Dario Argento, the range of feeling goes from the neo-gothic (Deep Red) to the super modern (The Card Player). One thing that is seldom a source of wonder is when and where the Giallo cycle starts. The first accepted film adaptation of the popular yellow covered crime novels is recognized as being Mario Bava’s 1963 effort “The Girl Who Knew Too Much”.

The plot follows Nora Davis (Leticia Roman), an American mystery buff (she is reading a paperback giallo called “The Knife” when we first meet her) on her way to Rome to see her Aunt Edith. When she arrives she finds that her Aunt is in the care of Dr. Bassi (John Saxon). Dr. Bassi warns Nora that her Aunt is gravely ill, and indeed that very night Edith passes away during a thunderstorm.

Nora is panic stricken and tries to make her way for help in the storm. On the Spanish Steps she is mugged and knocked briefly unconscious. When she comes around she witnesses a man chasing down a fatally injured woman and pulling a knife out of her back. The next morning Nora is found unconscious by a policeman and taken to the hospital where she is unsuccessful in convincing anyone that what she saw was more than a figment of her imagination. The remainder of the film follows Nora on her amateur sleuthing endeavors which draw her closer and closer to a knife wielding killer who is murdering women in alphabetical order.

“The Girl Who Knew Too Much” is full of Hitchcockian sound and lighting design and showcases some of the visual flare for which Bava is so widely praised. In fact, more than anything else it is the director/cinematographer’s unique, lush but grimy, black and white cinematography that allows the film to hold the viewer’s attention. Bava’s talents and vision create a film that is both referential and completely antithetical to one of most beloved films of the era. 10 years earlier the sun-soaked Spanish Steps served as a centerpiece for Gregory Peck and Audrey Hepburn’s romantic adventures in “Roman Holiday”. In “The Girl Who Knew Too Much” Bava turns William Wyler’s idyllic Roman travelogue upside down by placing the Piazza di Spagna at the center of the action.

During Nora’s first foray into the Rome, Bava gives us the famous steps soaked in rain. Their white surface is pocked, stained and lit with harsh streetlights that create vertical pools of blackness where muggers and murderers lie in wait. Mario Bava pulls the darkest ideas of the Noir and German expressionist traditions and puts them to work in the Eternal City. In doing so, he gives the literary tradition of giallo to the screen; sketching the first schematic for what would become a dark undercurrent to both the swinging sixties and the golden age of Italian cinema.

That “The Girl Who Knew Too Much” is not one of Bava’s most impressive or memorable movies is not terrifically important. What is important is that it’s the perfect place to go if you want to identify the traditions and themes at work in the majority of the gialli catalog. The fear of and fascination with female power and the feminine manifestation of ‘masculine’ impulses and drives (greed, sex, violence) are at the heart of the film.

Another recurring theme of the cycle that sits at the center of this story is the subjectivity of the witness and the unreliable eye. In addition to its themes, Bava’s blueprint also includes many of the tools and techniques of mis-en-scene, character and imagery that populate successive giallo films. Location shooting, stark lighting and high contrast set-ups, high fashion costuming, dramatic filters and lens obstructions figure prominently in this method of storytelling.

By no means is this the best starting point for the giallo novice. The plot is chock full of contrivance and it anchors too much to a convoluted confessional exposition by the killer during the denouement. For Nora’s internal thoughts Bava employs a male voice over which is both awkward and confusing. Worse yet are the principal players whose performances lack magnetism and depth.

But the biggest reason to view this film solely as an early example of the giallo form is, simply put; nothing here is pushed to the extremes that would become hallmarks of the genre down the line. The music is par for the era with only small glimpses of the jazzed out weirdness that was to come. The violence is not at all graphic and the overt sexual content is non-existent. The latter is nothing to fault Bava for; in 1963, unless your name was Jesus Franco you didn’t dare try to combine sex and violence onscreen in any overt manner.

If you have seen the Argento giallos (and perhaps taken in a few others) and you have a hankering to know where and how it started, you should go back and watch “The Girl Who Knew Too Much”. If you have a deep reverence for the Gialli and haven’t seen this one, by all means check it out. If however, you are looking for the bloody, violent, stylized sexual craziness that defines so many of these films then “The Girl Who Knew Too Much” is not going to be any too satisfying.