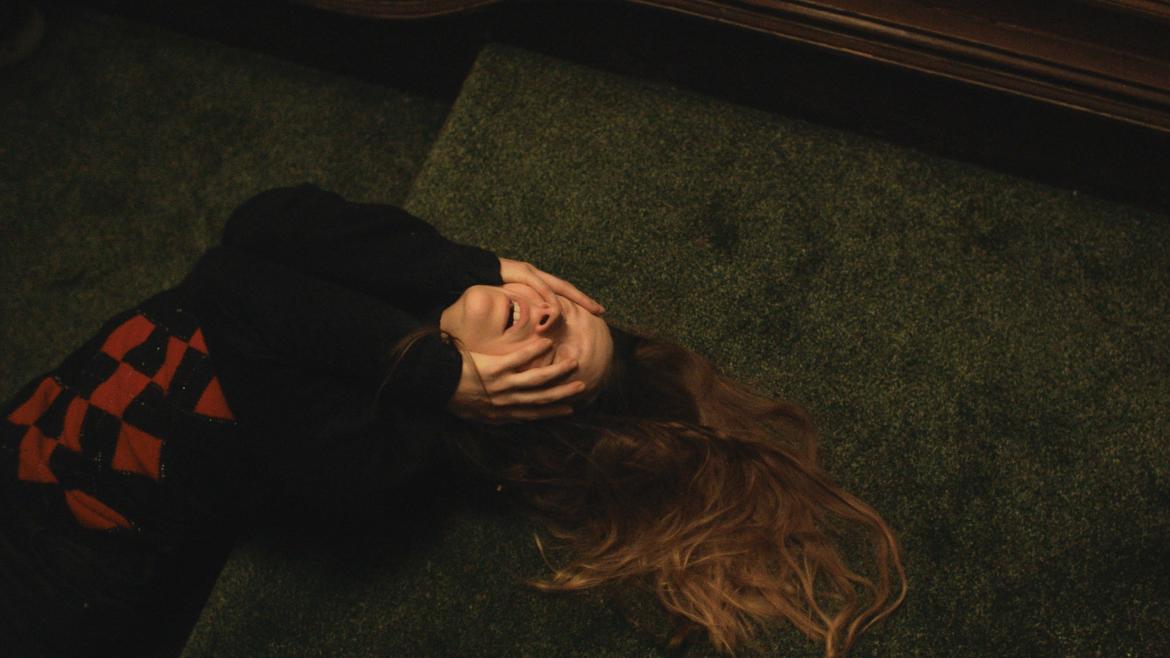 "To Mercy, Pity, Peace, and Love
All pray in their distress;
And to these virtues of delight
Return their thankfulness” (Blake 1792)

So goes “The Divine Image” by the great poet/artist William Blake, in his work Songs of Innocence.(1) But what if you do not pray for any of these? What if you do not acknowledge these qualities of humanity in yourself or others? When one thrives on external validation, and becomes obsessed with the perfect form of divinity, these concepts become empty platitudes, reminding you that you are alone.

At least that is one reading of Rose Glass’s debut feature film Saint Maud. Maud (Moyyfred Clark), is a former nurse turned personal caregiver who has devoted her life to G-d. She does not however attend church or participate in any organized religion; rather, Maud feels G-d physically inside her as a form of ecstasy. When working as a hospice worker for a famous dancer, Amanda Kohl (Jennifer Ehle) Maud learns her mission is to save Amanda's soul from her “hedonistic” lifestyle.

Though the film traffics in weighty concepts the plot tends to meander through Maud's attempts to fulfill her mission and does not build consistently to a cataclysmic ending. Saint Maud is, instead, a character piece about descending into radicalism without a stable support system and the dangers of the “mortification of the flesh.” A term in catholicism, the mortification of the flesh is seeking to physically put to death your sinful nature in the process of sanctification.(2) Maud throughout the film is heard telling people not to waste their pain. We see various examples of self-harm, as Maud attempts to punish herself to connect deeper with what she perceived as G-d. This is not a maudlin film for those who want to observe a redemption arc -- it takes the tropes of a martyr story and looks at them from both the perspective of the zealot who truly believes their experience and those non-believers observing them.

With that said, Glass highlights how Maud can be silly in some scenes,(3) and Clark delivers a tour de force performance that navigates between charming, morose, and disaffected in rapid succession. She is truly unsettling as her behaviour is calculated and then suddenly chaotic. Similarly, Ehle lights up the screen and when she is absent she is sorely missed. The two play excellently off each other in all of their scenes and craft an essentially appealing diametric to the film’s project.

The film itself is brief (79 minutes without credits), but often drags out its visuals to create tension. In some scenes this is to the film's detriment as the pacing can feel like a short story dragged out to fill feature length. The lighting is straight from a baroque painting and sells the gravitas of Maud's religious experiences. The music is minimalist and Adam Janota Bzowski delivers light throbbing tones, bombastic sudden horns, and percussion with a kinetic beat that matches the choreographed performances and editing to such an exceptional effect that reflects Maud’s driving obsession.

As per usual with a film that has an even somewhat nuanced ending, many have come out of the woodwork to explain it. In a film about contrasting perspectives, however, it seems illogical to focus on trying to explain the "divine." In interviews Glass said that her producer gave her the note that this seemed like a horror movie;(4) the script feels like a drama with surrealism. I fear this film does suffer from the expectation that this will be a traditional horror. The scares are existential and for some viewers there may not be enough payoff until the ending.  If you enjoy psychological horror that sits closer to a drama then a jumpscare ladened thrill ride, then Saint Maud will bless you with a divine image.