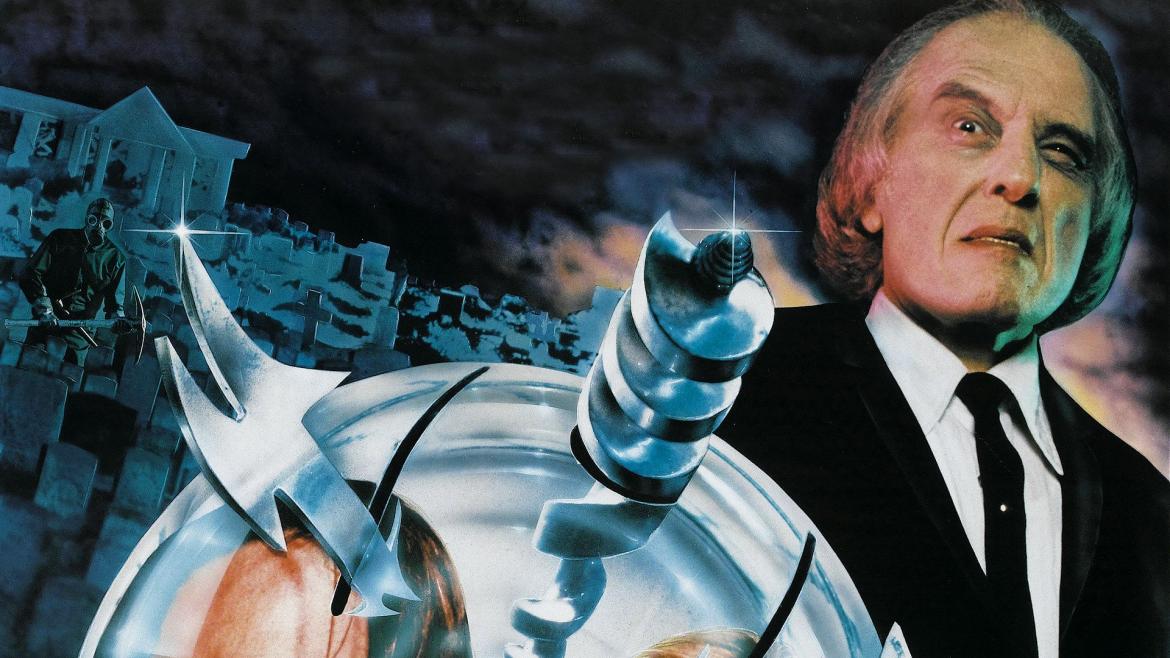 With the aid of a muscle car, some creative hardware store weaponry, and a hefty dose of retconning, Mike (James Le Gros, for now) and Reggie (still Reggie Bannister) go on the offensive against the Tall Man (Angus Scrimm) in Phantasm 2.

There's an oddly meandering apocalyptic element to the Phantasm films that starts with Phantasm 2. Our protagonists, Mike and Reggie, arrive in various ghost towns that the Tall Man and his evil Jawas have sucked dry. Early on in the film we're told in voice over that they can't tell anyone about the Tall Man, but, from the remnants left in his wake, it's hard to imagine why they'd have a hard time convincing anyone. It's fascinating to consider the fact that these movies start exploring the idea that the supernatural/inter-dimensional threat is already pretty successful by the time our heroes manage to start fighting back. I wish the film did a bit more with this theme, but there are obviously certain limitations with the type of budget that Don Coscarelli works with.

Despite not quite being able to manage to present a full on apocalypse, Coscarelli does get a bit more toys to play with here. This film feels much more solid than the first, right down to the mortuary sets not feeling like they were made out of cardboard anymore. Some of the special fx makeup is pretty spectacular, such as the Tall Man worm that comes out of Liz's (Paula Irvine) back in one scene, and the usage of the Tall Man's spheres. There's the overall feeling that things are much closer to the movie that Coscarelli has in his head than there was in the first movie. It just turns out that that movie has become much more "battle against inter-dimensional forces" and less "exploration of mortality" (seriously, just let the retconning wash over you; there's no sense to be made of it).

Perhaps the best development her is that Angus Scrimm and his balls get more time to shine. He was more or less your generic creepy old guy in the first movie, from Phantasm 2 on he becomes more of a developed character, which is certainly a welcome addition.

The second best development is, of course, that Reggie is a pimp. Who knew?

Phantasm 2 is the high point in the franchise in many ways. Coscarelli is capable of striking a balance between production value and b movie shlock unlike any other director, and that's what's on display here.