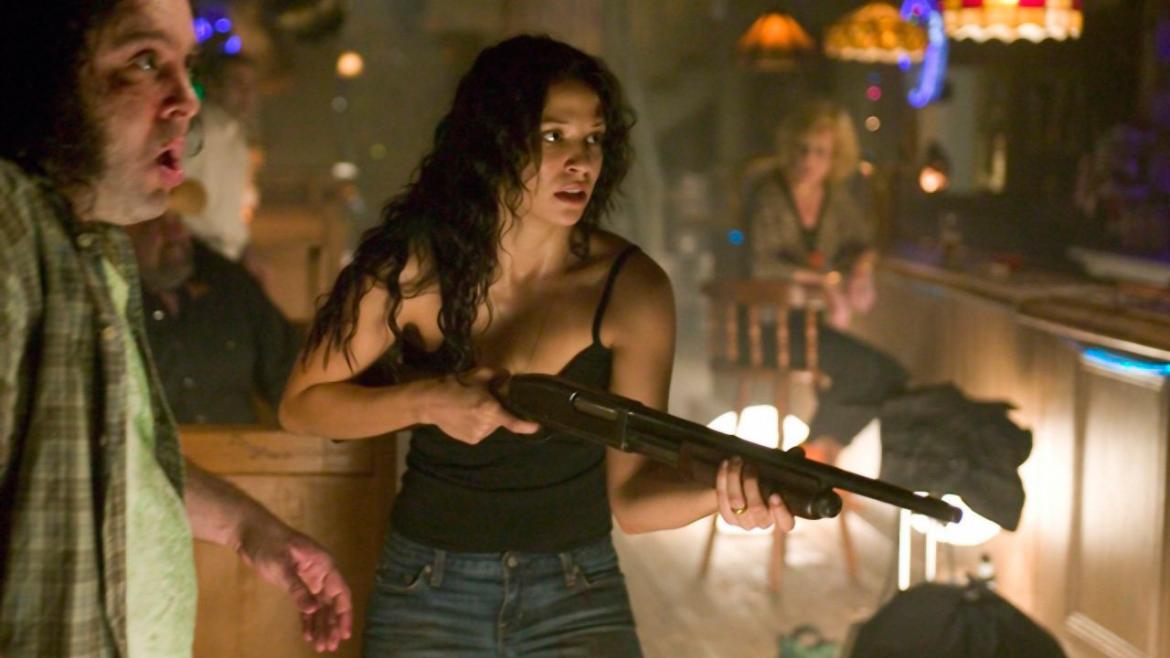 Some remember John Gulager's Feast as the winning film featured on Season 3 of Project Greenlight, a documentary series that began on HBO (moved to Bravo starting at Season 3) in 2001 that featured first time director's experience making their first feature film. As time goes on the legacy of Feast might be more in line with being the flick that opened the door for two god awful sequels. The creature feature did introduce us to the likes of Marcus Dunstan and Patrick Melton who went on to direct solid efforts like The Collector and The Collection, but does not absolve the duo for penning dreck such as Feast II: Sloppy Seconds, Feast III: The Happy Finish, some of the worst Saw sequels and perhaps most horrific of all...Piranha 3DD.

Setups don't get quite as cut and dry as Feast, which finds a group of colorful bar patrons under siege over the course of one night by vicious monsters that- apart from eating anything in their path- also like to hump whatever catches their fancy. If you're looking for Shakespeare, this ain't it. As genre fans though, it's not always about flawless storytelling, sometimes it's just about having an ol' fashioned gory good time...and Feast if nothing if not that.

Nitpicking John Gulager's film to death is like shooting fish in a barrel- perhaps less so than the two sequels. It's short and its dumb, which surprisingly become it's most redeeming aspects. Neither of the writers nor the director is reinventing the wheel so much as it's just a used piece of gum stuck to the tracks that the wheel picks up and totes around for just the right amount of time before becoming annoying.

Buoyed almost entirely by the over-the-top gore and cartoonish characters that fill the cast, Feast is at its best a party flick. Best ingested with the least amount of thought put into it and purged after a night of debauchery- crack open and repeat as the mood hits. Besides, there isn't much in-between all the dismembering and monster boning that's going to stimulate a sober mind.

Gulager as a filmmaker does what he does and he does it well enough for a certain- very small- audience, but never quite as well as he did with his debut. Feast is not what you would call "fun for the whole family" but for the less discerning or inebriated genre fan there's plenty of monster splooge to go around.