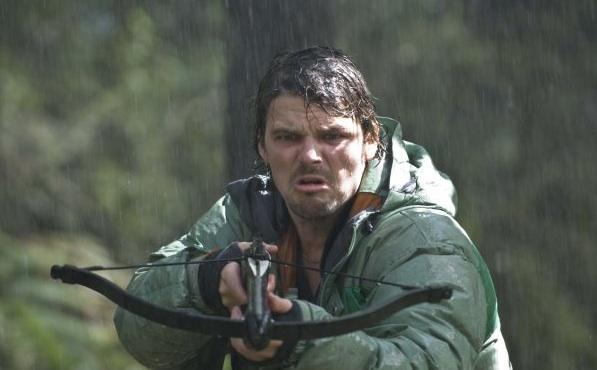 There is often a disconnect between horror fans and non-fans: a gulf in understanding that prevents rational discourse about the value of the horror genre. Ask around enough, and the one thing you'll hear most often is that non-fans have a real hard time getting past the carnage of a horror film to really appreciate the finer points of what makes the genre so popular. The more modern trend in horror to go bigger, badder, and bloodier, has only served to deepen that divide.

This shouldn't surprise us though. Hardcore horror fans, as a group, can be a pretty jaded bunch. Sometimes we forget that a geyser of blood spewing from a decapitated body is not everyone's idea of a good time. Our relative level of over-exposure to the more gruesome side of cinema can lead to confusion about what makes horror work. This is where the disconnect between popularity and quality comes from; what we as horror fans value doesn't always resonate with the movie going public. Which is why it's important for a film to come along once in a while and remind us of the fundamental elements that make us love horror so much in the first place.

One such film arrived this past Saturday at the Tribeca Film Festival in the guise of "Dying Breed," a well crafted, suspenseful shock to the system. Directed by first timer Jody Dwyer, "Breed" tells a story that may sound familiar. Nina, a zoologist, heads into the Tasmanian wilderness in search of the Tasmanian Tiger, a native of the island that many believe extinct. She is joined by her boyfriend Matt, his best friend Jack, and Jack's latest female companion, Rebecca. The group dynamic begins strained, and is only stretched further when they encounter the tightly-knit inhabitants of the island. Setting off into the forest, Nina attempts to keep the group focused on their search for the tiger, but things unravel quickly as they discover that they are themselves being hunted.

Yes, we're dealing with some inbred mutants, a plot element that's been done many times over, from "The Hills Have Eyes" to "Wrong Turn." But "Dying Breed" doesn't offer the premise up to be marginalized, instead weaving it into the narrative of Nina's search for the tiger, an animal, that if actually alive, would have a devastatingly small gene pool. The film alludes to the inbred nature of the carnivore so as to connect it directly to the legend that underlies the film. We're told that one of the original human inhabitants of Tasmania, Alexander "the Pieman" Pearce, was a British convict whose early 19th century prison escape opens the film. Pearce's legacy of surviving in the woods by eating human flesh persists today in the form of his inbred descendants who give our protagonists so much trouble.

While greater effort was put into the film's script than is apparent in a majority of modern horror films, what really sets "Dying Breed" apart from its brethren is gorgeous cinematography and the skillful direction of Dwyer. From the opening sequence, "Breed" uses darkness to obscure our vision. Shadows hide real threats and create unreal ones. The film plays it joyfully simple, using the scenery and the darkness to create real tension, which pays off in truly frightening jump-scares. As we watch Nina and her friends wander helplessly through the woods, we cringe knowing that we too are helpless to warn or protect them from the danger.

Dwyer deploys both violence and gore, and liberally enough at that, but to its credit, the film never truly spirals into the realm of overkill. Where a lesser film might allow us an unobstructed view of a hatchet lodged in a man's face, "Breed" realizes that a viewer's imagination can fill in the rest of the picture, and often in much more terrifying ways. Aside from heightening the tension, this tactic also serves to give the film's handful of gruesome scenes even greater impact.

"Breed" succeeds on so many levels that it's difficult to fault it too much for its failings. The ending though did mark one real troubled spot for the film. Like many horror films, the filmmakers toy with the audience by deploying a false calm that is then shattered by the revelation of renewed danger. Here, the true ending does send the film off on a note truer to the rest of the film, but arriving as it does, it feels less genuine.

"Dying Breed" likely won't unite horror fans and non-fans in praise. Instead, it should serve as a reminder to any disillusioned gore-hounds that horror can still be exhilarating. "Breed" is a harrowing, breathless affair that will leave even hardened horror fans giggling at their own fear. It's in those moments, with our hearts aflutter, that we can't help but smile at the effect a horror film can have on us, especially in a post "Hostel" and post "Hatchet" world.