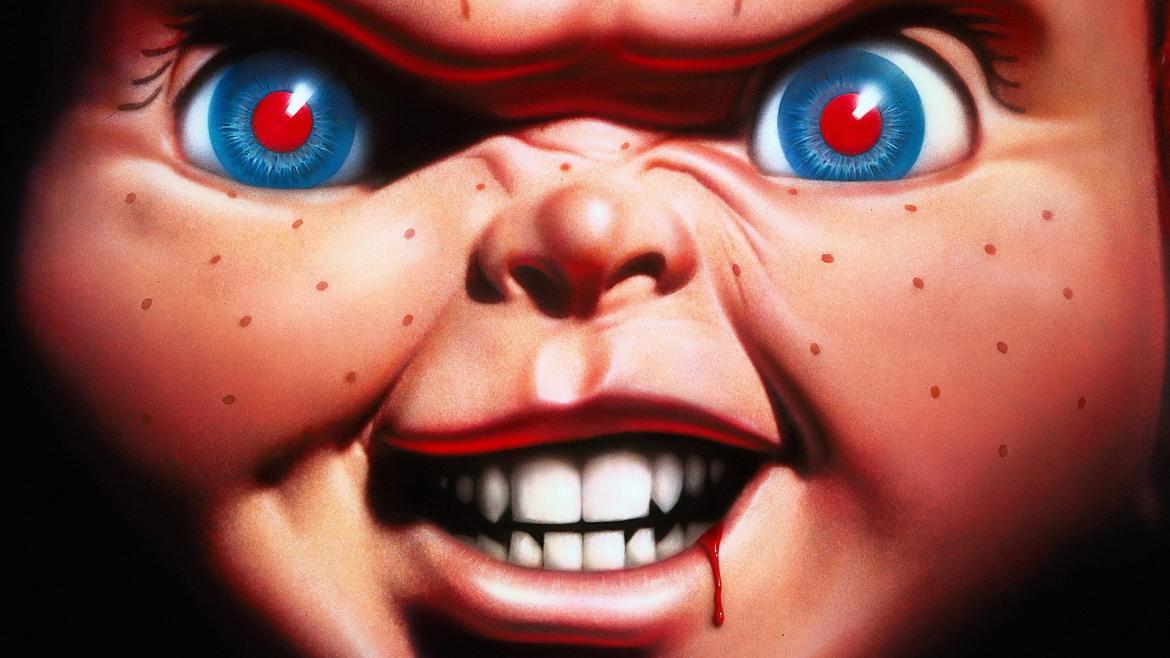 It’s a natural law that major horror franchises deliver duds; it’s a disappointment that Child’s Play’s biggest one came so early. While each of its sequels has its detractors, Child’s Play 3 would probably be selected by general consensus of both fans and haters to be the worst of the bunch.

But let’s give credit at least to the opening sequence, in which the dust-covered ruins of the Good Guys plant--including a Volkswagen-sized chunk of bloody rubber that contains the soul of one Charles Lee Ray, aka “the Lakeshore Strangler”-- are melted down to be reissued as brand-spanking new Good Guys dolls (listen, say what you will about the executives at Good Guys Corp, but at least they’re sustainability-minded). As the rubber oozes and mixes with Ray’s blood, a creepily languid sequence imagines Chucky’s reconstruction.

From this point on, viewers are treated to a movie so disjointed it’s like peering at the series through a pane of shattered glass. First, Chucky murders the company’s CEO in his high rise apartment--a virtual rip-off of Child’s Play 2’s escape-from-his-creators-with-Andy’s-address plot device. We then find that while only one year passed between production of the sequels, eight have elapsed in Chucky and Andy’s world, and Andy is now a 16-year-old delinquent who has enrolled at military academy. After Chucky somehow manages to wrap, address, and mail himself to Andy, he’s intercepted by a child named Tyler. Which makes Tyler, according to the rules of Chucky’s curse, the only eligible body that can serve as a vessel for his soul.

What follows is a series of quick, gruesome deaths as Andy pursues Chucky, who is pursuing Tyler, and it may be a welcome change for many following the slow burn of Child’s Play 2. But whereas that movie was at least coherent, Child’s Play 3 is a zany jumble, full of vivid scares spread across set-pieces that feel scotchtaped together from different scripts, populated by characters you don’t care about and won’t remember. Chucky is a force of sadistic chaos if ever there was one, and he should thrive at a place as order-obsessed as a military academy, but it doesn’t get under your skin. Maybe because he feels small-fry next to angry armed men; maybe because it’s hard to pity soldiers who are so easily offed by a doll; or maybe because the premise makes so little sense as a sequel to its predecessors that it may well have been cribbed from the Ernest series. The movie flirts with a horrifying climax when Chucky swaps out paintball artillery for live ammunition during the academy’s traditional War Games, but just as the adolescent cadets start murdering one another, the movie flinches--and then it’s off to the carnival!

Yes, for no reason other than Andy saw the carnival from a distance a few scenes previously (somebody’s been reading their Chekhov), Andy, Tyler, and Chucky end up at a funhouse called “Devil’s Lair” for their final showdown. Chucky feels more at home here--he seems to be literally in Hell--but director Jack Bender foreshadows his death so heavy-handedly that there’s no suspense.

The last chapter of the original Child’s Play trilogy was such a flop that the next sequel didn’t come for seven years, and even then it required a massive reboot of its plot, style, and cast. Whether those creative decisions reinvigorated a struggling series or made a decent one terrible is still being debated, but I doubt there’s a horror purist alive who will defend Child’s Play 3.

All the Boys Love Mandy Lane