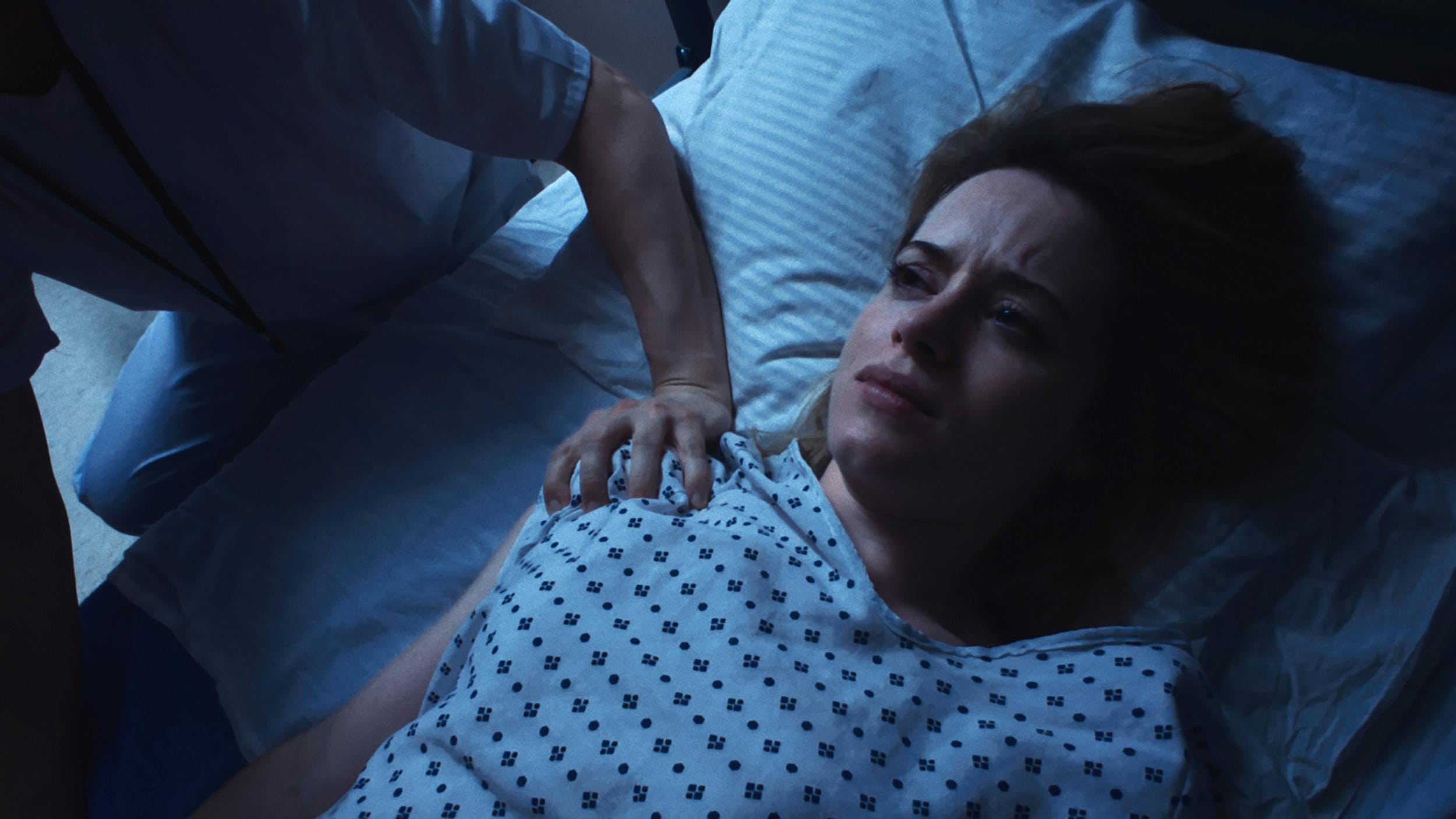 Involuntary psychiatric holds are misunderstood by almost everyone except mental health professionals. Steven Soderbergh’s 2018 film Unsane is partly based on a true story about Universal Health Services, a corporation whose psychiatric hospitals abused the hold system for profit and in doing so perpetuated the misinformation and stigma surrounding holds.

The movie takes place in Pennsylvania, where protagonist Sawyer (Claire Foy) has fled from her stalker, David (Joshua Leonard). Sawyer is traumatized by her experiences with David, and while she has employed many legal and self-defense strategies to help her situation she doesn’t seem to have gotten any psychological help. She copes with a steely demeanor and dark sense of humor but not much else. After still being haunted by memories of David, Sawyer goes online to search for support groups for stalking victims and ends up at a local behavioral health center to speak with a counselor.

In Pennsylvania someone can be involuntarily committed to a psychiatric hospital for up to five days if, within the previous 30 days, “the person has attempted suicide or...has made threats to commit suicide and committed acts in furtherance of the threats.”* Unfortunately for Sawyer, the counselor she sees is looking for any way to hold her so the hospital can profit from the insurance benefits. While Sawyer does admit that she has considered suicide “in the past,” the counselor never clarifies if those thoughts happened within the previous 30 days or if Sawyer intends act on them. 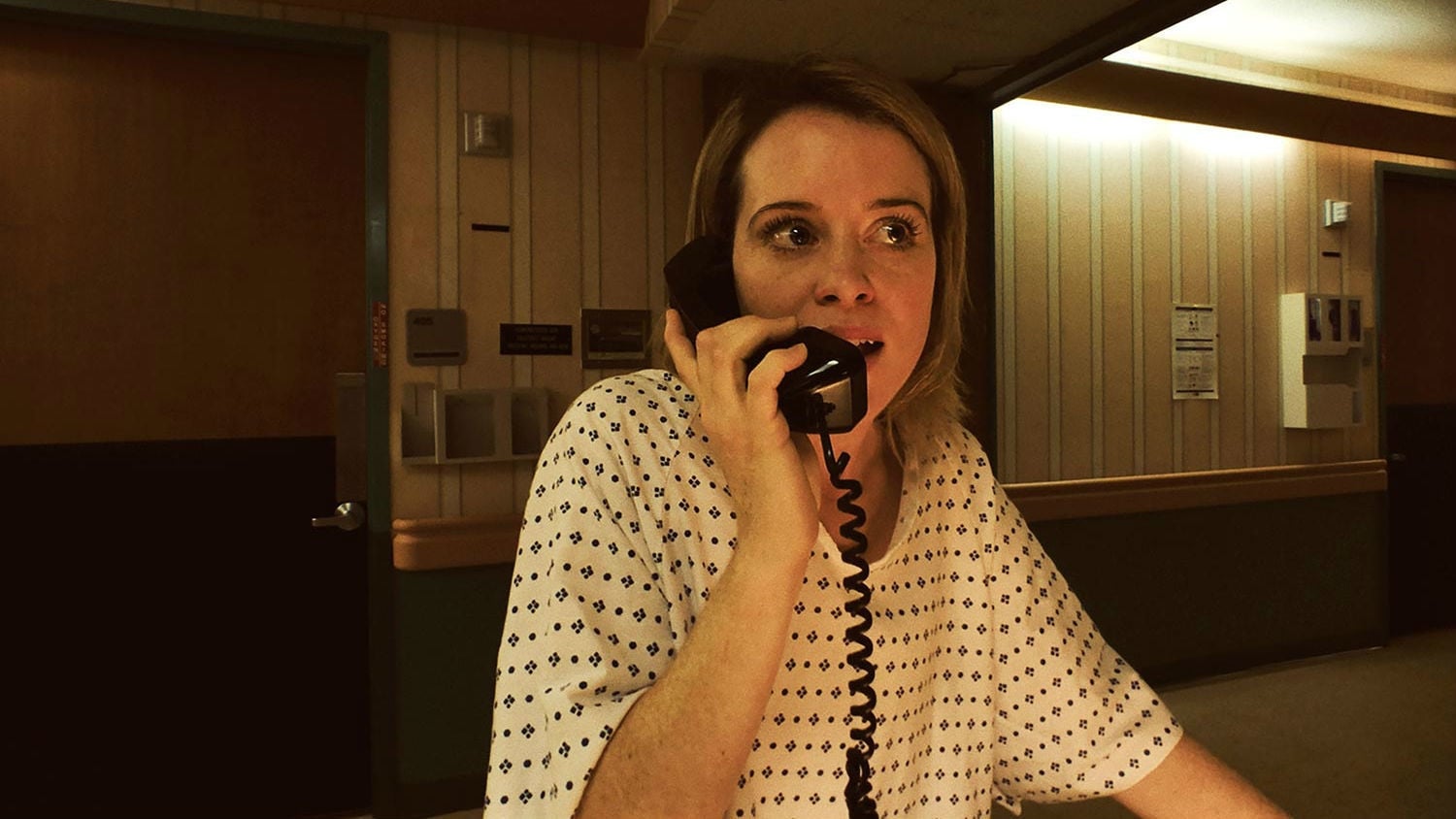 Once you’ve decided someone needs to be placed on a hold the ethical thing to do is clearly explain the process. This isn’t advised if you think they are going to run, but even then you can call the police and give them identifying information so they can locate the patient. Sawyer has given the counselor no indication that she is likely to run, and if she had the counselor could have excused herself, called security, and told Sawyer about the hold once security was outside her office door. Instead, in keeping with the unethical nature of the facility, the counselor tricks Sawyer into signing her own hold paperwork by telling her that she needs to complete “routine” forms for “privacy disclosures, liability, that kind of thing.” The counselor is lying by omission.

The first sign that this hospital isn’t just unethical but unsafe is when, after completing the paperwork, they have Sawyer wait in an open waiting area with no security, right next to an open door. If a patient truly needed to be held they could easily run. Once Sawyer is taken into the inpatient unit and is given no information about the admissions process she is going through, she becomes more & more irritable with the hospital staff. It’s possible that not every staff member is fully aware that some patients are being held unethically, and since they work on a psychiatric unit they are primed to think patients’ stories about how they are being wrongly held are manipulative and/or delusional in nature. 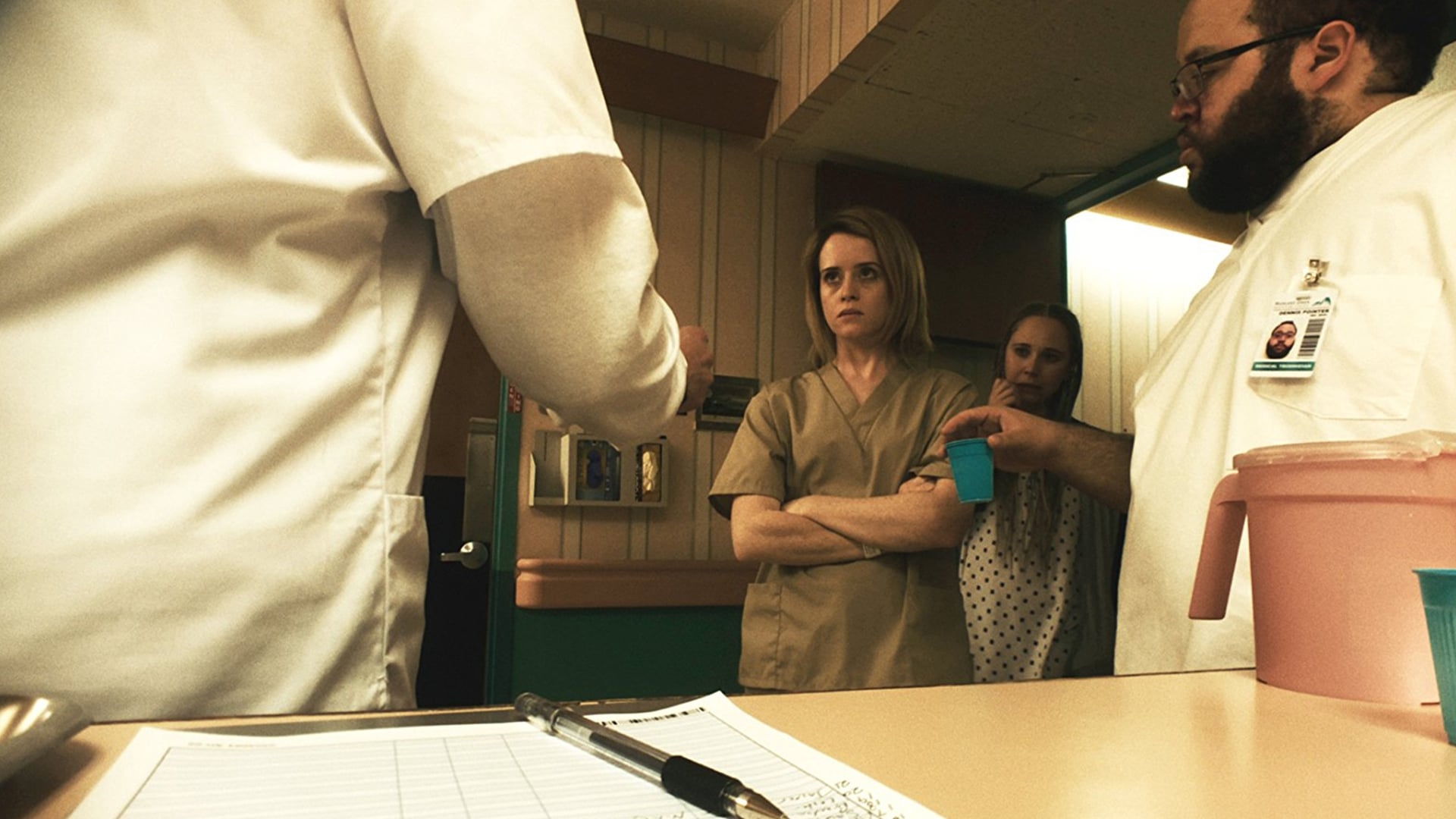 Further safety problems become clear once Sawyer gets on the unit. The patients all sleep together in one large, co-ed room. One patient has a shiv, and at night patients throw things at and sexually assault each other without staff intervention. How this place is even licensed to operate is beyond me as it doesn’t seem to be meeting even the most basic patient safety requirements. Sawyer slaps a hospital tech when she mistakes him for David, and after she’s sedated for doing so she is just left in the common room with all the other patients around her.  No staff is present to prevent Sawyer from being potentially harmed or assaulted by other patients while she’s unconscious.

When Sawyer finally gets to see the psychiatrist, he tells her that she has been assessed as a danger to herself or others and will be held for further observation. The only things she has done on the unit at this point are slap two people - one the male tech she mistook for David, and another male patient who grabbed one of her breasts. The law in Pennsylvania states that, in order to hold someone for being a danger to others, the person needs to have “inflicted or attempted to inflict serious bodily harm on another or has threatened serious bodily harm and has committed acts in furtherance of the threat to commit harm to another.”* Needless to say, two slaps do not qualify as serious bodily harm. 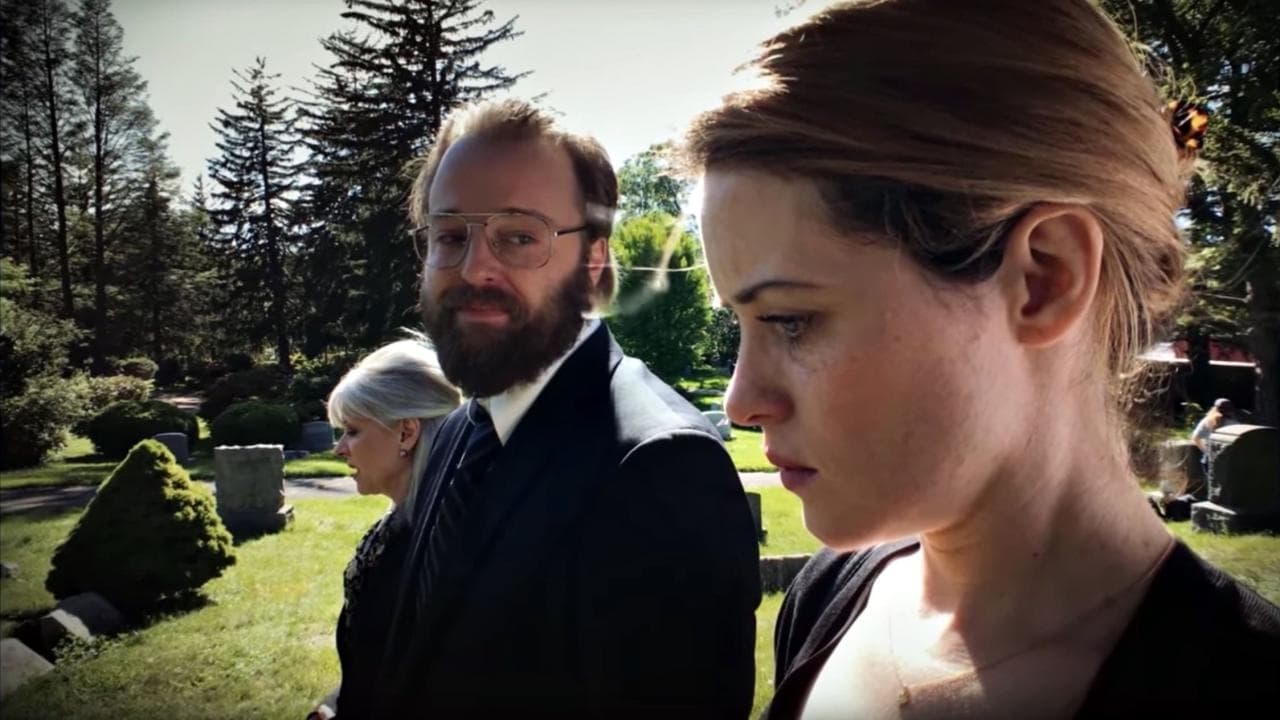 To add to her current nightmare, David (under the stolen identity of a man he killed) has gotten a job as a tech at the hospital in order to close in on Sawyer. When Sawyer attempts to out him to other staff she just appears delusional to them so they ignore her. When Sawyer continues to act out in response to her re-traumatization she is put in full bodily restraints in a room where other patients are present, which is a huge patient safety violation as anyone could take advantage of her while she’s restrained. Later, Sawyer is finally able to make phone contact with her mother who is horrified at her daughter’s situation and goes straight to the hospital. There an administrator attempts to convince her that Sawyer is at a “very ethical organization.”  Although Sawyer’s mother sees through this facade, David kills her before she can help Sawyer in any real way.

Sawyer keeps fighting her situation, and the staff keeps interpreting this behavior as evidence of psychiatric problems (see the Rosenhan Experiment for an in depth look at this particular issue), so much so that she is eventually placed in solitary confinement. Here David tries to persuade Sawyer to be with him romantically, and in response Sawyer enacts a plan to try and escape. David makes the staff think that Sawyer has been discharged, which again highlights the lack of effective and safe procedures at this facility. As the on duty nurse sleeps, David takes another female patient named Violet down to solitary at Sawyer’s request. Sawyer then uses Violet’s shiv to harm David and flee, with David killing Violet before he pursues Sawyer. She is finally able to kill David just as the police are arriving to investigate the hospital’s practices. It is telling that it is the police, and not hospital staff, who find Violet’s body. Only a place like this wouldn’t have noticed a patient was missing, let alone laying dead in solitary confinement. 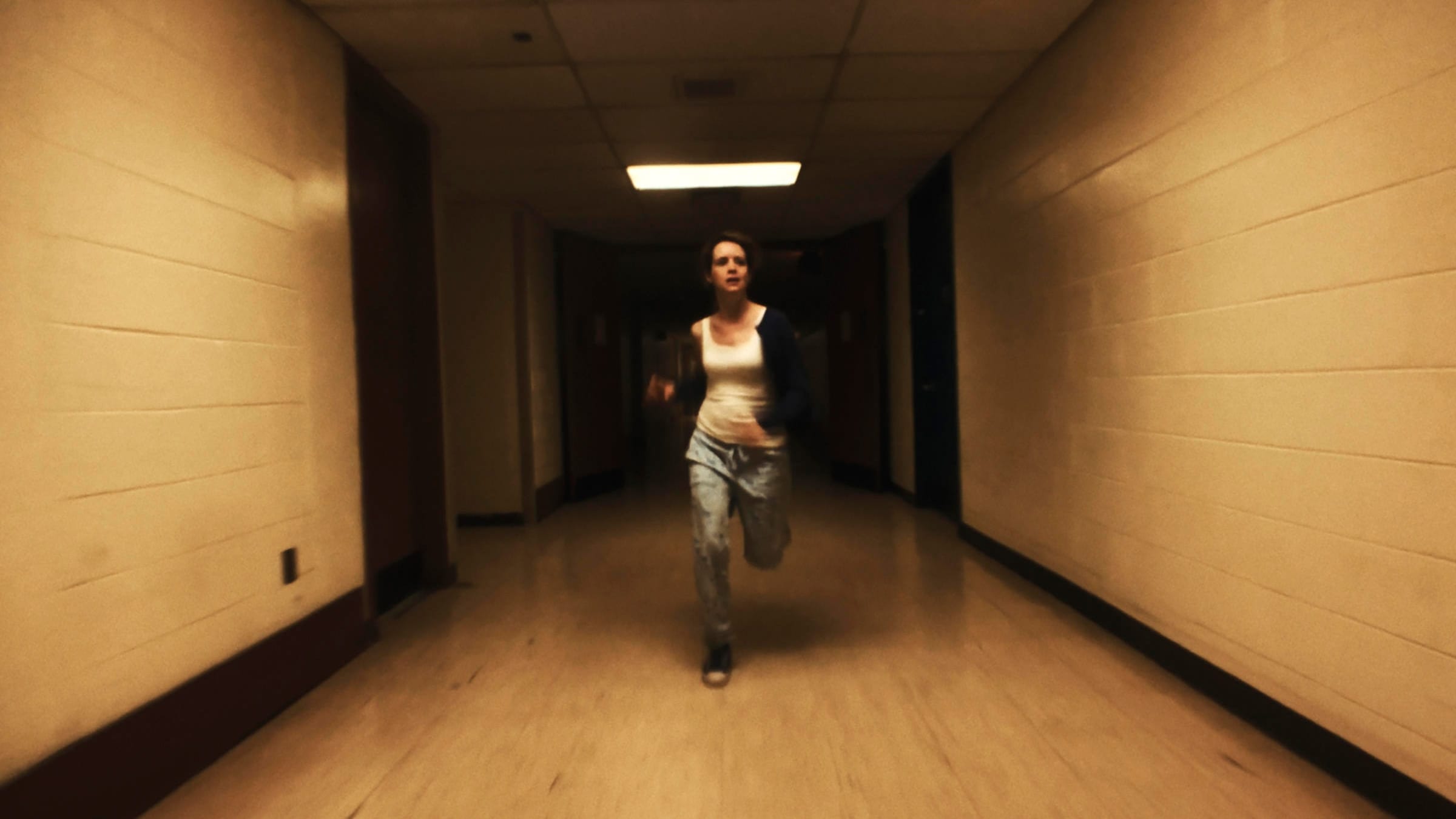 Unsane is about the horrors of both stalking and being victimized by an unethical corporation.  Stalkers and greedy companies prey on, hurt, & victimize innocent people. At the movie’s end it’s clear that, although David is gone, Sawyer still has a lot of healing ahead. What happened to her at the psychiatric hospital will only make that healing harder, which is the exact opposite of what ethical mental health treatment is supposed to do.