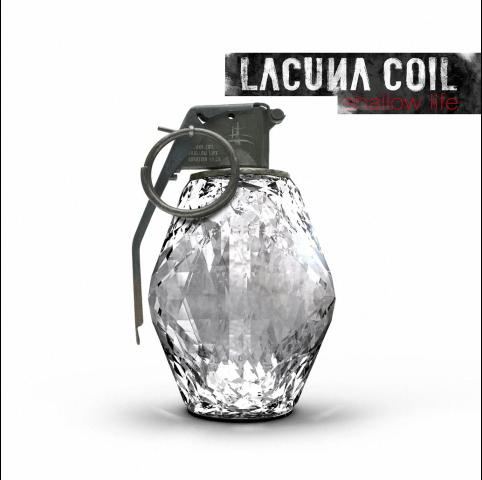 I have been loosely following the career of Lacuna Coil for a number of years now. I was first exposed to them when they opened for Anthrax in the summer of 2003. My friend and I were going to the show, and he mentioned that he was excited to see this new band from Italy start the program. On stage, they were fantastic. “Heaven’s a Lie,” was their signature single, and with the burgeoning chemistry of their dual lead singers, I couldn’t help but be entranced. And, you know, Cristina Scabbia didn’t hurt.

Through the years, Lacuna Coil increased their station, collecting critical accolades about their every move. Still, I felt like they were forever going to be poised on a breakthrough without ever actually breaking through; like they had hit their creative ceiling. 2006’s “Karmacode” came the closest, a complete album offering nearly everything that today’s modern metal fan wanted to hear. Nonetheless, mainstream success and recognition continued to elude them, and while Lacuna Coil was part of many giant, world-spanning tours, never were they the headliner.

Fast forward to 2009, and the release of the band’s latest work, “Shallow Life.” Let me first say that I think the cover art is fantastic. It’s quiet and uncluttered, but sends all the message it needs to. Plus, I’m a sucker for both simple photography and hand grenades. So there’s that. Anyway, “Shallow Life” seems to pick up right where “Karmacode” left off, with a thunderous double-kick opening to the first impression, “Survive.” It’s a song that fits right in with “Heaven’s a Lie,” and all the other grandiose, appropriately dramatic singles that Lacuna Coil has become known for. It’s a fantastic starting point for what promises to be a solid work ahead. From there, we carry right into “I Won’t Tell You,” which is a great, headbanging follow-up. 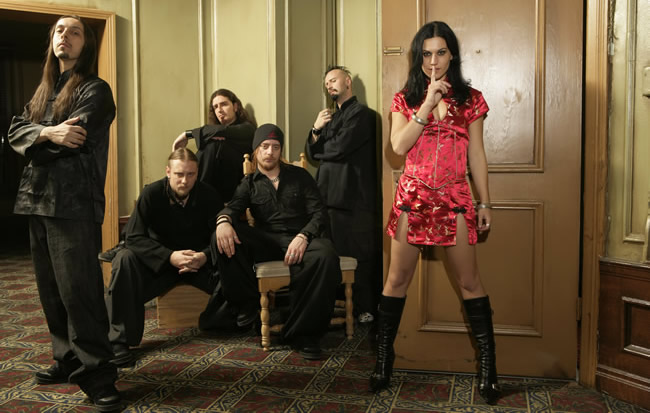 What ends up happening though, falls just short of the pace that “Survive” sets for the album. It almost feels, and I cringe to even suggest this, like Lacuna Coil bends to cater to the mainstream just a little bit. One of the drawing points of the band has always been the mix of the harsh metal guitar dirges intertwined with the anguished but saccharine tones of Scabbia’s vocals. For “Shallow Life,” some of those harsh contrasts were taken away. What remains is really a metal album that lacks the descriptor “heavy,” and makes the vocals of Scabbia the centerpiece.

Songs like “Underdog,” and “Spellbound” are catchy in and of themselves, but I feel like in a different universe, they could have been on a Disturbed album. It’s that kind of consistent but not novel songwriting that colors the entire album. Every now and again, Lacuna Coil shines with something like “I’m Not Afraid,” which doesn’t break the mold they’ve set for themselves, but comes together in all the right places.

Oddly enough, “Shallow Life,” is a very relaxing album, as the band sacrifices visceral edge for accessibility. The riffs are heavy but easy, they don’t strain the listener’s ear, and the drum beats provide the necessary backbone while also being kept in light check. The band never pushes the pace, never makes the listener try to keep up. Just as the natural hooks built into the riffs hold your attention, Scabbia’s sweet, alluring vocals soothe you into a feeling of mental security. Really, her singing is the coating that smoothes down the edges and makes the whole project seamlessly meld into a convalescent whole. “Shallow Life,” is a complete work in metal for metal’s sake; I don’t know that it’s trying to make a point rather than just simply being. Even the almost R & B beat of “Pain” seems to fit. The exchange of melodies between Scabbia and Andrea Ferro during the song spiral together and feed off each other in contrast.

It’s not all roses. You can skip right past the haunting but ultimately sparse “Wide Awake,” it doesn’t give you anything you haven’t heard before. Some of the songs throughout the album, like “Not Enough,” or “The Maze,” don’t really rise above the rest of the album and distinguish themselves. Late in the album, the guitars start to work a little harder, like the solo at the end of “Unchained,” but that doesn’t elevate those songs to greatness.

I like this album. I want to *really* like this album, but I can’t. I like the consistency and the construction and the production of the songs, but I still feel like “Shallow Life” is a lesser companion album to “Karmacode.” There’s some great stuff here (I keep listening to “Survive” over and over,) and this album has some traits that might garner some radio play, but there’s nothing that feels like a breakthrough step. Still, give it a shot, see what you think.