Not Tonight Josephine: An Interview

Fresh from Tampa and trying to take over Florida one sweat-soaked gig at a time, Not Tonight Josephine is a band striving to make sure you know their name. Following the release of their full-length debut “All on the Horizon,” guitarist Adam Aungst talked with me about music, the band, and plenty of horror cinema.

You've consistently been named as one of the hottest bands in Tampa. What is the music scene there like? What kind of pulse does it have?
The music scene in Tampa has been more or less dubbed "the metal" scene. A lot of metal bands have made a small mark for themselves out of this area. So for us being a "radio alternative rock" band, we are very appreciative of being a buzz worthy band. And we hope to be a band that makes a mark out of Tampa.
As you expand into nationwide tours and greater exposure, what's your greatest hope going forward? Your biggest fear?
For me the greatest hope is that we can do this full time. I hope we make new fans and make new friends and I hope out band becomes a name that people know. Music is our lives, so we hope we can share it with the world. As for my fear, I hope that gas prices wouldn't get any higher! But seriously, I just fear something would go wrong, we don't need any injuries to us or our transportation!
How has the public reception been in the different cities you've traveled to? Has it been what you expected, or has it been better or worse?
The public reception has been really good for us, there are a lot of people willing to help us out, even if it's someone we have never met. The shows have been really good, some are a little more crowded than others but all in all we love what we do, so we will go all out for one person in the crowd the same as if there were three thousand in the crowd.
Describe your new album “All on the Horizon” to me. What fueled it, where does it come from both musically and emotionally?
Our album "All on the Horizon" is basically, to me, our look to our future. We are not looking back, everything we want is in front of us. Our song "Never Be the Same" on this album, is kind of like our war cry song. We put our blood, sweat and tears into this and we won't let anything stop us. Along the same lines a lot of the songs are relationship based. Obviously, mostly about them going wrong! So musically and emotionally we have taken our past anger, sadness or happiness and put it into music and never looked back.
What artists or musicians did you look to for inspiration for the album? Name me a small handful of your favorites.
To me I am the metal head of the group, so I am more into the technical side of music. I try not to make our music sound too metal, but we use a lot of aspects from everyone’s tastes. As inspiration to me I would say, Lamb of God, All That Remains, Killswitch Engage and many more. Not only for their talent but what they do for a living.
Speaking of inspirations, you recorded a cover of Ace of Base’s "All That She Wants." What about that song appealed to you, and what made you decide it was time for a new version of it?
Well the song came into the picture as a total accident. We were sitting around one night at practice and our bass player Evan started playing a riff, David our singer said it sounded familiar and we all thought it was "Man Eater," but David then said "no it's ‘All That She Wants’" so we played with it for an hour or two and it just became a song. And when we recorded the track it was pretty much spot on how we have played that first night. We didn't over think it, and the fans seem to love it!

Your video for ”Carousel” seems to carry some pretty heavy influence from “Dexter.” How did you come to marry that song with that show?
David our singer and Jake our guitarist are both huge fans of the show, and the new season started at the time. We were also on a budget so we had to do a concept that was cheap. Also me being the horror fan I am, I had almost everything we needed to do the video. So we went with the concept, recorded the video in my garage and got our shots.
Are there any other horror/thriller/suspense films or series that you’ve heartily enjoyed?
I love classic horror movie characters. I love Jason, Michael Myers, Freddy and Leatherface. I can't say I have enjoyed all of the films with them in it, but all in all they will always be classic. But other than that I have loved movies such as “Twilight Zone,” “The Descent,” “The Hills Have Eyes” and many more
What are the themes or tropes of horror/suspense that you particularly enjoy? What elicits the biggest reaction from you?
I am a huge fan of larger than life characters like King Kong, Jaws, “War of the Worlds” and things like that. To me the scariest things are the ones that seem impossible to stop.
Horror/suspense is a genre of trends…what trends have you particularly enjoyed, and what have your favorite films/shows done well? Conversely, what has gone on or is going on that you don’t care for?
I like classic one of a kind horror movies. I think characters need to have time off once and a while. There doesn't need to be a “Jason 45” one day. The movies just get worse and they take away from the character in someone else's version of it. They try way too hard to make a movie that is up with the times and the movie ends up being more about drugs or is filled with one-liners than it is a horror film. So all in all, the more original the better.
How did you become a fan of the genre in the first place?
I have been a fan of horror since I was very young. My first horror film was “Child’s Play.” Freaked me out to all hell but I was hooked. Plus, my older brothers used to pester me that Chucky was coming. So I hated it and loved it at the same time. I just have always been intrigued by things that scare me. 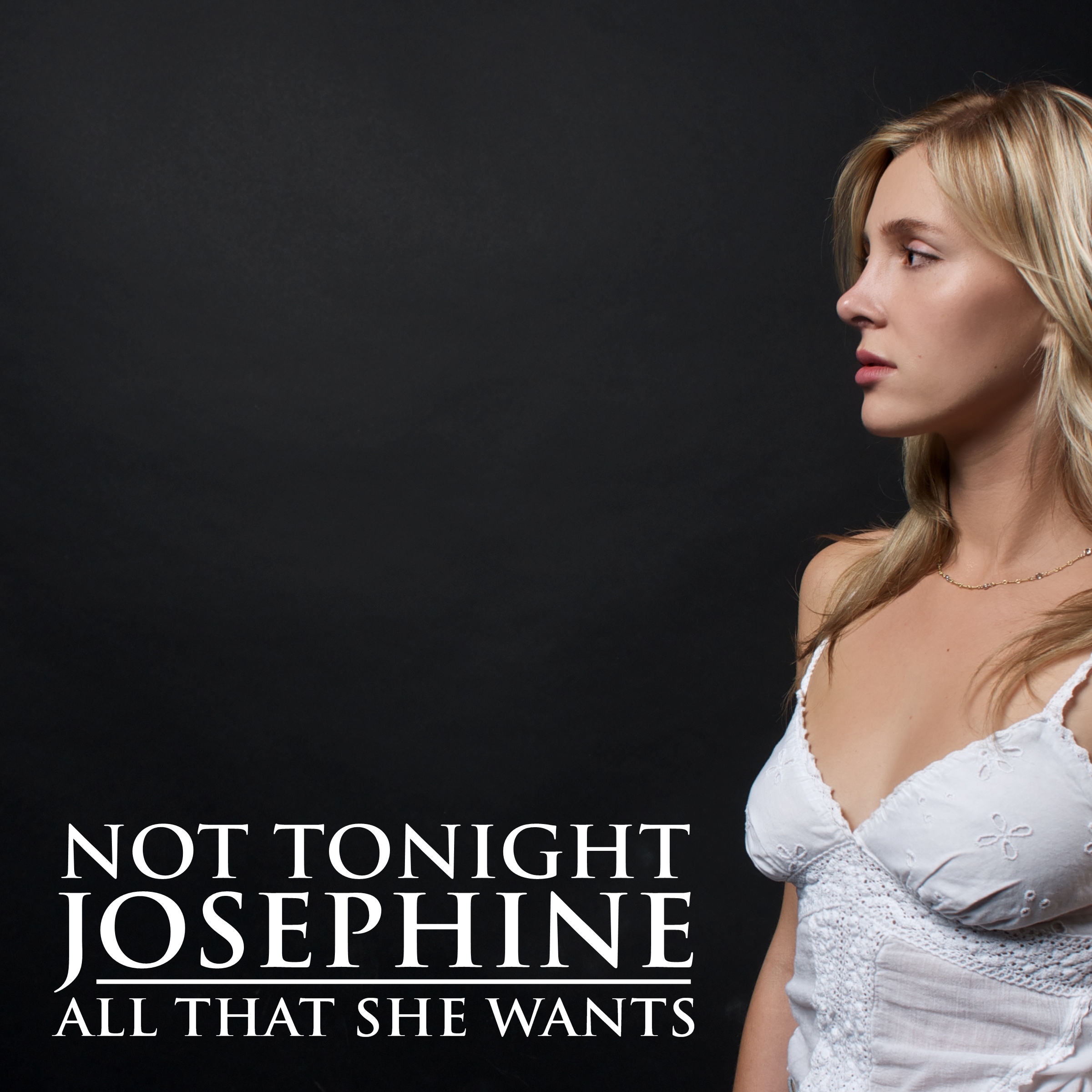 For more on Not Tonight Josephine, check it here:

Not Tonight Josephine on the Web