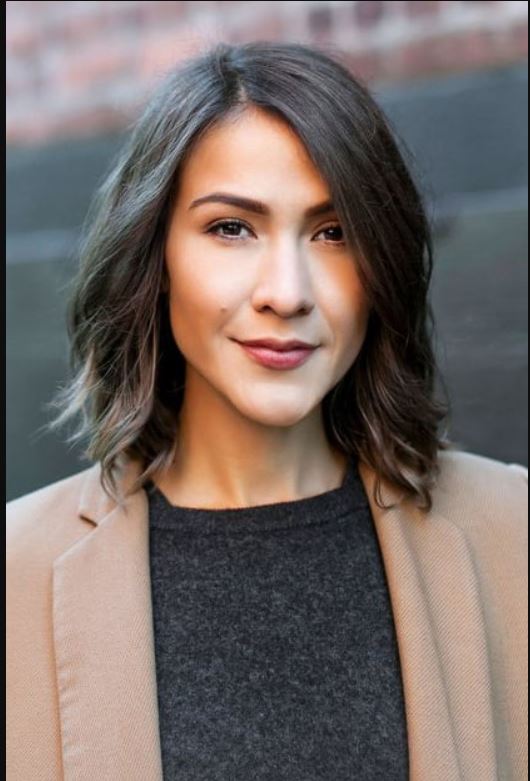 Jayson speaks with Elle-Máijá Tailfeathers about her starring role in Blood Quantum, the resilience of indigenous art, and her experiences in filmmaking. Her feature film debut as co-director/writer, The Body Remembers When the World Broke Open, is currently available on select streaming services.

Blood Quantum is now available on VOD, Digital HD, DVD and Blu-ray from SHUDDER/RLJE Films. Plot details for the film are discussed below.

Jayson (BGH): When you got the script for Blood Quantum what is it that stood out to you first?

Elle-Máijá Tailfeathers (EMT): I’ve watched Jeff Barnaby’s films for years and admired and respected his work. He creates very imaginative and often politicized work. I absolutely love Rhymes for Young Ghouls (2013), his first feature. And so, when I received the audition from my agent I jumped at the opportunity to work with Jeff. I didn’t fully understand the world of the script until I spoke with him. Then everything made sense. He makes such brave and kind of out there decisions but it all makes sense when it’s placed in the worlds that he creates.

BGH: You’re also a filmmaker that has worked internationally in both the narrative and documentary form. Do you see yourself drawing on these skills when you’re working as an actor on a project?

EMT: Yeah absolutely. I started out as an actor but I started making films almost ten years ago now and there’s almost a language that you grow to understand as a director working behind the camera; things that are required of the work and how to tell a story. Growing out of that experience I think I come at it from a different angle as an actor. I’m more able to understand the director’s vision and what it is they need from me because actors are really vessels for the story.

And this story in particular was so unique and like nothing I’d ever done before. So I jumped at the opportunity to work with Jeff also as a director and get to watch him work and to gain experience, just seeing the way that he thinks and the decisions he makes.

BGH: Did it open up the dialog you are able to have with Jeff on set?

BGH: I also asked Michael Greyeyes this question when we spoke but I’d love your insight on it as well. Blood Quantum of course is a concept with a complicated history that relates to the heritage of indigenous people. I’d love it if you’d just talk about how you think this film illuminates and tackles this and other difficult subject matter in a genre setting.

EMT: This film is about the genocide that indigenous people have experienced across the Americas and continue to experience. These days it looks very different from what it did after first contact. But the film is such a smart political vehicle for getting these really important messages and difficult scenes across to a broad audience.

Blood Quantum is the historical governmental policy where in America the federal government got to decide who was indigenous and who was not. Whereas, in our communities, blood quantum is in no way a signifier for whether or not you are indigenous. It’s about lived experience, it’s about connection to community, and family, and culture, and all of those things.

But, it’s also very complicated and I think Jeff does a really beautiful job of showing how indigenous families and communities have been fractured and in some ways damaged by colonialism. And we see this, in this family drama told through the zombie genre. Blood quantum is very much a part of that; the history of blood quantum and the decisions that were made on behalf of indigenous people as to who got to be indigenous and who didn’t and who gets to be part of communities and who doesn’t and that ongoing legacy. It’s so complicated and it’s something we could talk about for hours, if not days. Jeff did a fantastic job of providing a vehicle to at least get those conversations started with a broad audience.

What we are witnessing right now in America especially -- and we’re also feeling it in Canada -- is this really important conversation about race relations and systemic racism that exists across the board. I think Blood Quantum is hitting audiences at a really crucial moment where people are perhaps more open to having these kinds of conversations and maybe people are more willing to reflect on how we’re all implicated within these stories.

BGH: Your character Joss is sort of the one who has it all together, perhaps the strongest character in the film, the responsible one you could say. What was your approach to bringing her to life, especially with how other characters change as the story progresses?

EMT: It was actually quite simple. Joss is really a reflection of so many indigenous women whom I know in our community. These women who work quietly behind the scenes, but work so hard to uphold our communities and to keep us together, and keep moving forward with love, compassion and respect.

So she was all of those things to me and Jeff did a really fantastic job of putting a character like that on the page. In terms of the way that she shifted, I think like so many indigenous women she becomes a leader not by choice. She’s a bit of a reluctant leader. She’s a leader by circumstance, and I think that’s a really beautiful thing to explore. And then, further to that, Jeff did a really fantastic job of speaking about the ways indigenous masculinity or indigenous men have been impacted by settler colonialism. So to have this character as Joss who, like you said, is the one who has it together, I think is a really powerful choice on Jeff’s part.

It was an absolute honor to play her and it was quite simple in the sense she is so many women that I know. I didn’t have to go very far in terms of researching or making choices about who she was.

BGH: The end of Blood Quantum leaves us in a conflicted state. So much of the film seems to be about intergenerational trauma. How do you approach a scene that’s so fraught with not only narrative emotion but also real life hope and also loss? What kind of conversations did that bring up with you and your co-stars?

EMT: To be honest, I’ve never had so much fun on set. It was such a joy to work with the rest of the cast; there was just so much laughter.
I think that’s a reflection of how indigenous people have survived. We’ve had to develop all these mechanisms to survive the horrors that we have experienced and one of them is humor. So yes we have really difficult and heavy conversations about how all of the themes in the film reflect our realities and our experiences but we also found ways to laugh and to move forward with, I guess, the guiding light of joy and love and passion for what we do. It was a really beautiful experience.