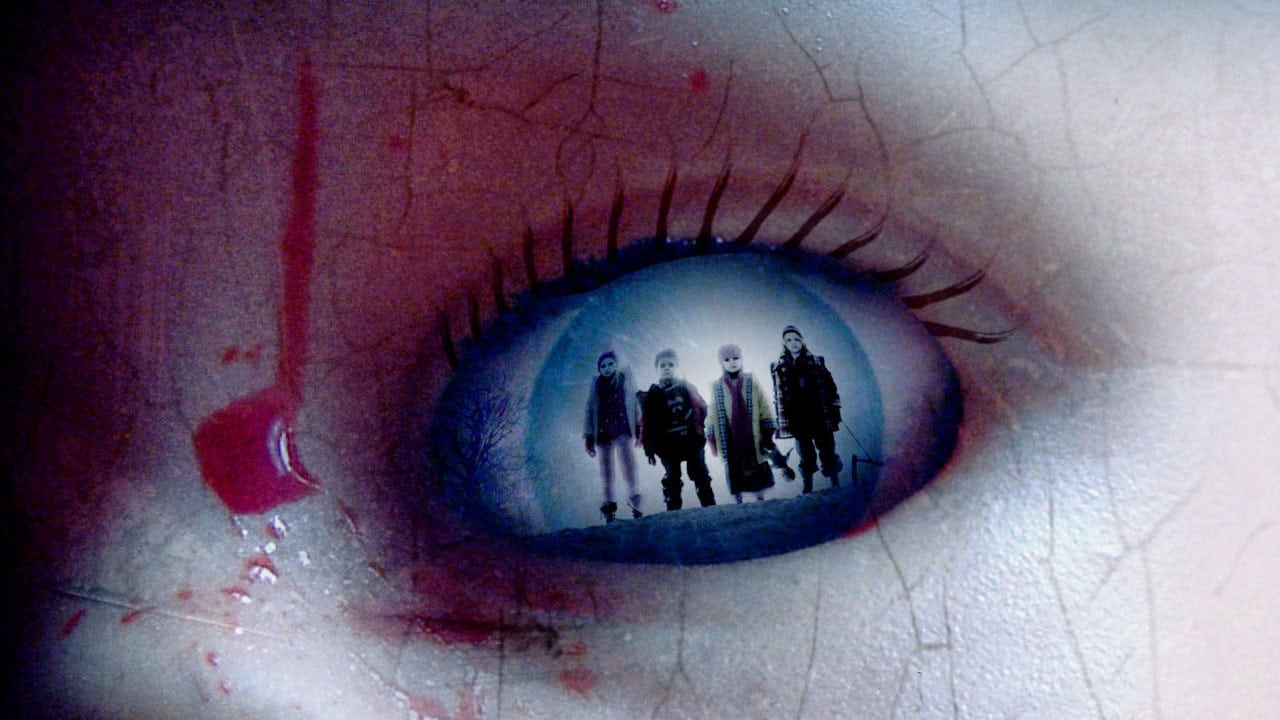 In Extremis: The Children and Killer Kids

Disclaimer: Twas the days after Christmas, and all through the house, your children are slaying your cat and your spouse. To avoid spoilers and jail time, whatever the price, don’t read this article; seek independent legal advice.

The Children (2008), is a British horror film set just between December 25 and January 1. This is a time of year that has never been covered in a horror movie. I checked, and Hollywood has not made a Killer Kwanzaa film, though if you come across one we definitely want to hear about it. If you are able, please watch this film before reading this piece of legal entertainment as it is very well directed and what follows is chock full of spoilers.

This film tackles two issues in the murderous minor sub-genre; how do you make a child threatening and how do you dispose of a villain when it is a child? I am going to reframe these questions in the legal context as:

Youth as a Get Out of Jail Free Card

The Defence of Infancy is an excuse. What the child did was wrong, but the state will not consider the child responsible for their actions. Historically in England children under seven were presumed incapable of committing crimes and no evidence could be led by the prosecution that the child understood the nature and wrongfulness of their action. Between the ages of 7 and 14 however, a prosecutor would have to prove that the child understood that their action was wrong.(1) The rationale has now shifted from assuming children have a diminished capacity, to the state not wanting to punish children the same way they punish adults for their actions.

This does not mean that laws do not apply to the child or their parents. A state may take a child into child protective services, adjust the right of parents to unsupervised access with the child, or may charge the parents with breach of parental duties, if that is a crime in that jurisdiction.

Many countries have put into statute the age at which a child can be convicted of a crime or set an age at which the child becomes fully responsible (i.e. a child can be sentenced to a maximum of 3 years in Brazil between ages 12 and 18).(2) 33 states in the United States do not have a minimum age for criminal responsibility and so a capacity test is used…all you 3 year old’s currently planning a murder better watch out.(3) In the United Kingdom the age is 8 in Scotland and 10 in England and Wales.(4)

The film takes place somewhere in the UK and we are not told the ages of the kids, but we can assume between 5 and 10. Therefore the three younger children may be placed on a local child curfew (between 9 pm and 6 am) or more likely a Child Safety Order, which if they breach may mean the child is taken into care.(5) The 10 year old girl in the film may be charged, and there is a pretty nasty precedent (the death of James Bulger)(6) that I will not be diving into; this is supposed to be a light hearted article about children murdering their parents after all.

Overall, some children “get away” with murder, but the state will intervene, and the public will likely be outraged… assuming there is a public left in the kid zombie apocalypse.

What Was I Supposed to Do Officer?! He Had a Crayon!

Now the kids in this film commit some horrific crimes, they have no remorse regarding them, and they seem to enjoy their actions. However, like all films with bloodthirsty brats, the kids on their own are not threatening. It is kind of like when you watch Child’s Play (1988) and you keep thinking, “Why don’t they just dropkick the two-foot terror?” If the agonizing ankle-biters are going to stand a fighting chance, then the adult characters must be placed in situations where they are at a disadvantage either physically or emotionally. For example, one character breaks her leg and another character is blamed for the killings and locked in a room.

Mostly the adults fall prey to the real horror of the film. These are kids, and worse yet these are your kids. The instinct is to protect children, especially your own. Casey, the 16-year-old protagonist, does not have that same instinct and is fine with taking out a toddler. So, if things calmed down and the police picked up Casey for liquidating little ones, would she be able to claim self-defence?

Self defence is a justification – unlike an excuse, society thinks that the action taken by the person was correct. Laws protect people who were trying to protect themselves, others, or property in a reasonable manner.

Using the self-defence laws of the United Kingdom, two questions must be asked:

This test is to be determined on the facts that the accused honestly believed.(7) However, the jury must ask themselves objectively whether a reasonable person would regard the force used as reasonable or excessive. The fact that an act was considered necessary does not mean that the resulting action was reasonable; excessive force may negate the defence’s availability.(8) Where it is alleged that a person acted to defend themselves from violence, the extent to which the action taken was necessary will, of course, be integral to the reasonableness of the force used.(9) You cannot fire a rocket launcher at someone that cuts you off in traffic, or so says my probation officer.(10)

In The Children, Casey kills Nicky to defend her mom as Nicky and Leah (the twin children) were about to cut open Casey’s mother’s stomach and put a doll in it. (No, I did not make that up, and no it is not the first time the kids do that in the film).  There is no rule in law that a person must wait to be struck first before they may defend themselves.(11) Therefore a jury may condone Casey’s actions, as she believed her mother was in imminent danger and acted to defend her. However, a jury may also find that the actions she took were excessive in nature. Casey then threatens to stab Leah, and she is stopped by her mother. That may also affect her self defence claim as the child had retreated and was cowering. If she had killed Leah, it would not have been reasonable.

However, even with a global epidemic as a backdrop, a lot of jurors may still think that killing a child, even in self defence, is so excessive that the action is unreasonable. Accordingly, if Casey did not succumb to the virus then she might be safe behind bars.

The new KIDZ BOP is even Creepier!

Overall, I loved this film. It had a low budget, but delivered some memorable visuals and effective performances by the child actors. I appreciated the verisimilitude of the character’s actions – like how the police were called right away; although an ambulance was not called for the critically injured man and it was odd that they got a dispatcher unless this was the very beginning of the outbreak. I would rate this film a 7.5/10, and an 8/10 for legal realism. A perfect holiday film, but maybe not for...the children.