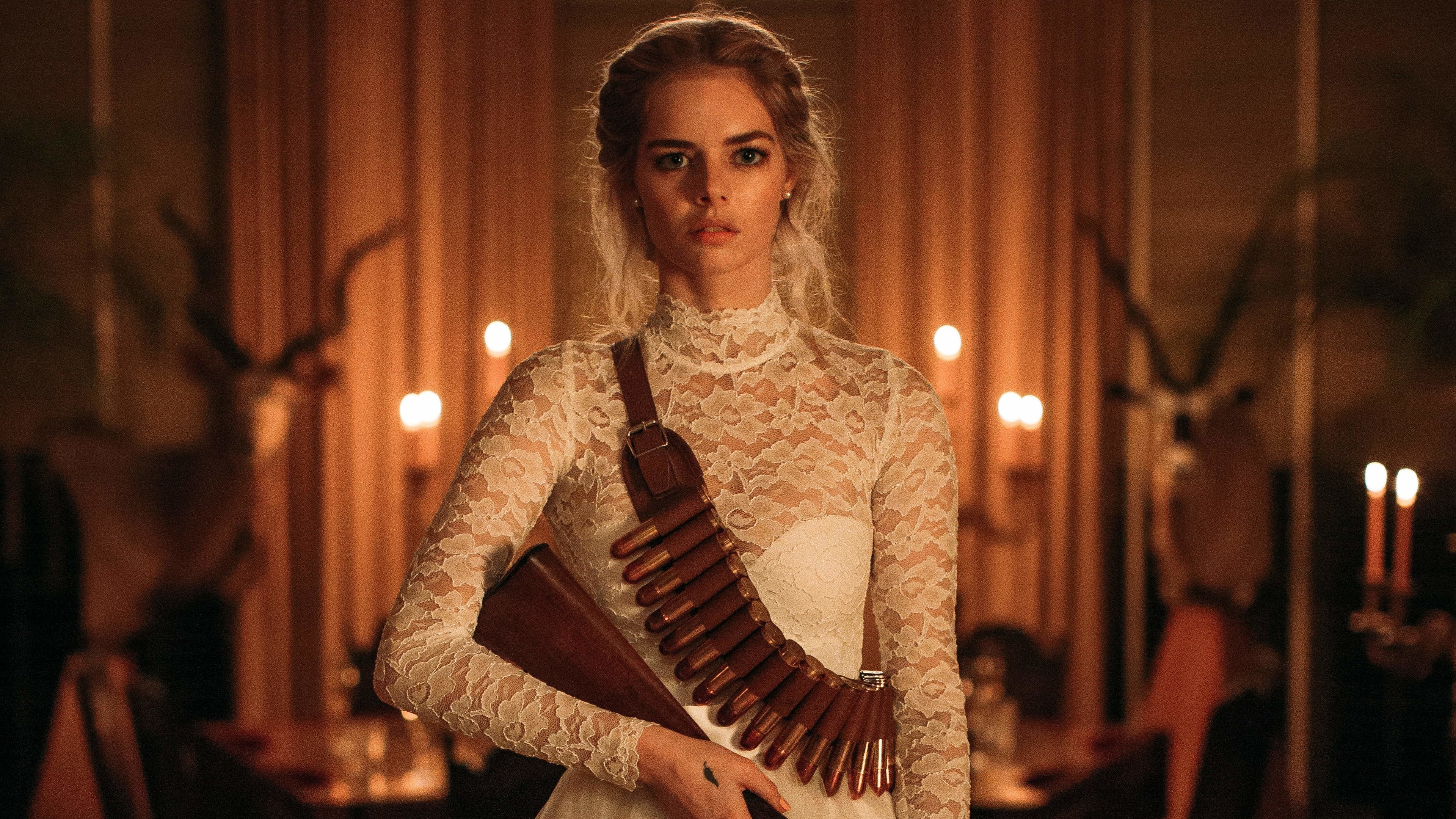 In Extremis: Ready or Not and Inheritance

Disclaimer: You should seek independent legal advice before engaging in the most dangerous game with family; and I don’t mean Hasbro’s Monopoly. Ready or not there are spoilers below. Now sufficiently warned, HERE I COME!!!

Can a killer inherit?

Were you blown away by Ready or Not (2019) and a cursed family being turned into raining blood? Completely unrelated, today we are talking about SLAYER!!! A few people in the BGH fam wanted to know whether Grace (Samara Weaving), the lead in Ready or Not would get that rich family’s money since all the family onscreen died. (I knew you were all just after the money!) So in this edition of In Extremis we’ll take a look at precisely which laws would come into play in this scenario.

The main answer to this quandary is the Slayer Rule. There is a legal rule in the common law of inheritance that prevents you from inheriting property from a person you murdered. The way it works is that the slayer is treated as though they died before the person they murdered, and so their share passes on to the person assigned in the will or the next of kin able to inherit.

For the rule to apply at common law (judge made law) the killing must be felonious (a crime considered serious) and intentional. A person does not need to be convicted of the killing. However, if they are it creates a presumption that those requirements are met. There are now Slayer statutes in 48 US states; this excludes New Hampshire… because killing your parents is necessary to get into Dartmouth. (1)

Each state has different requirements for their slayer statute to apply: does a finding of insanity/not criminally responsible affect the inheritance? Do you need a criminal conviction for the law to apply? Do you have to commit intentional homicide or does manslaughter count? And do the slayer’s heirs also get disinherited? (2)

That brings us to Ready or Not, which is set… somewhere non-descript that is coastal in the United States. No one has an accent which is likely a by-product of the actors and not years of removing their accents. We do know they sold playing cards during the civil war and everyone has a French last name. So which state has the highest French speaking population? Maine followed by NEW HAMPSHIRE (we meet again family murder capital). California has the most French speakers followed by Louisiana, and I think we would have known if the film was set in the bayou.(3) So, for fun, let’s call it Maine (the whole film was shot in Toronto so who cares?) (4)

For the slayer rule Slayer to apply in Maine it either requires a criminal conviction and the exhaustion of appeals; or in the alternative a court proceeding to make a finding about a murder absent a conviction. Maine specifically requires clear and convincing evidence of the murder, unlike other states that require the preponderance of evidence to suggest murder (the civil burden of “more likely than not”). (5)

So, let’s not dance around this, Grace beats the matriarch of the family to death with a box. Under the legal fiction of the slayer rule Grace died before everyone else in the family, in the sense that she gave up her inheritance by murdering, unless a court considers the killing self defence in her trial. However, if Grace is not convicted and there are no other family members to enforce any potential will then the inheritance may “escheat” (be collected for keeping by the government and held for at least three years before being abandoned to the State). (6)

But nobody likes a sad ending where the state wins. So instead let’s assume that no one is successful in proving that Grace killed any family members as there are no witnesses. That may be difficult as there is a lot of circumstantial evidence and the house is razed to the ground. Nevertheless, it is possible that there would not be enough convincing evidence that she killed the family and she would inherit the estate if she applied in probate (general administration of a deceased person’s will or estate without a will) assuming everyone in the family with a will is dead–and that a family that rich did not make her sign a prenuptial agreement.(7) Plus, she seems to be friendly with Mr. Le Bail (aka Old Scratch, aka the Devil) who is a notably great attorney, assuming she is okay with the “costly” payment plan.

I give this film an 8/10 for being superbly dark fun and I give this film a 7/10 for legal realism, because it did not dive into the real legal drama I wanted – Occupational Safety and Health Administration (OSHA) violations brought on behalf of all the domestic workers at the Le Domas Mansion.