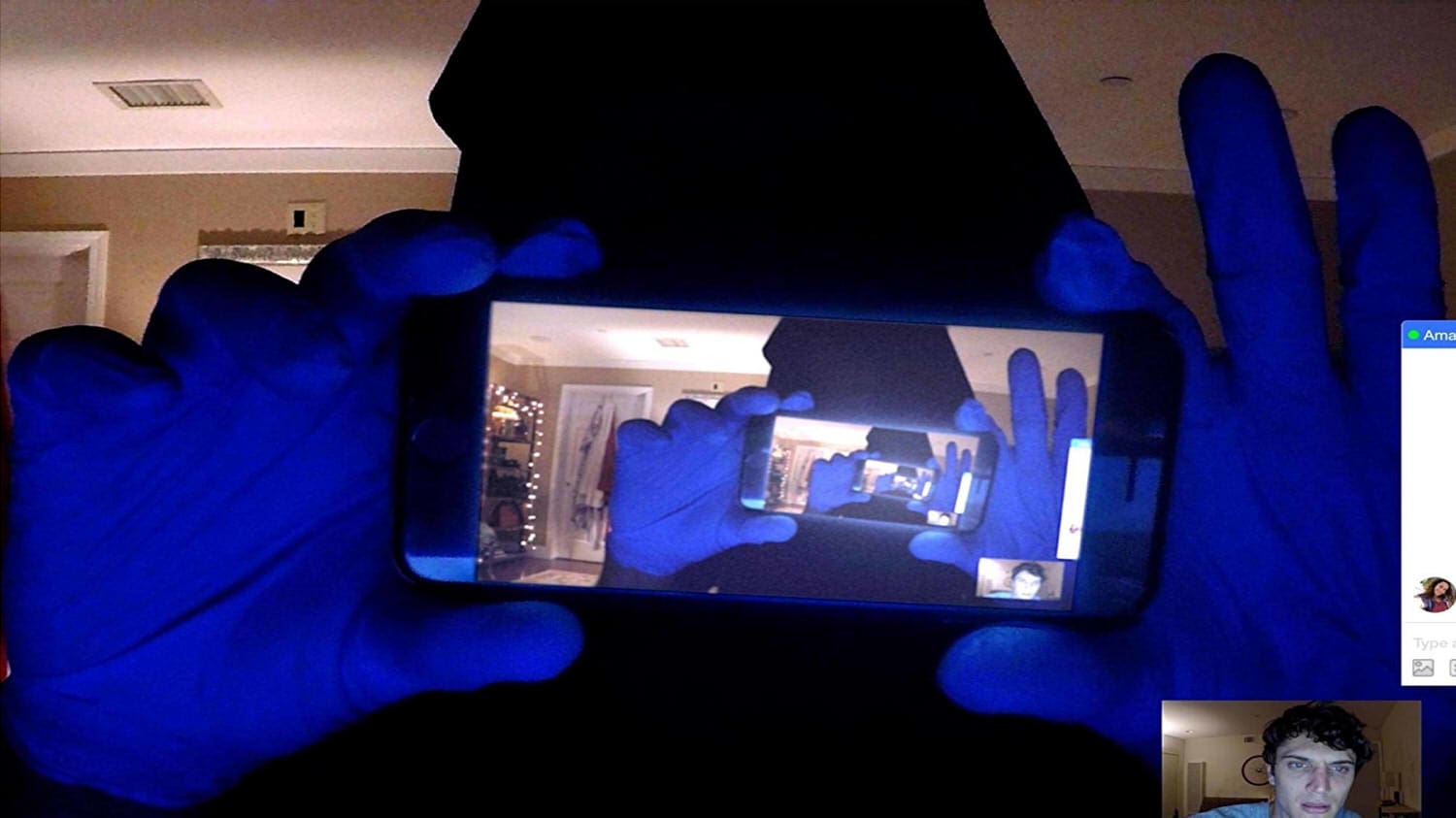 Disclaimer: This is a piece of legal entertainment. If you find yourself on the dark web, dark net, dark knight, or dark crystal, then please search out an ultra hacker lawyer that has the power to delete this article using my IP address and give you real legal advice. Also, be warned that there are spoilers in this article for a film that is no way predictable, so enter this River with Gheghron at your own peril (this is how you pronounce Charon, the Ferryman of the River Styx, but no Hollywood audience would accept that).(1)

While I admit that the original Unfriended (2014) was not the best horror film around, it was a basic ghost movie with the added twist that everything we saw happened on the main character’s laptop screen…except the cheap jump scare ending.

Thank you trapeze ghost, for conveniently closing my laptop screen and for the hug

Was it a scary movie? No. Was it a little fun? Yeah. The audience I saw it with responded, laughed, and even screamed in the theatre.

Unfriended: Dark Web (2018) was the antithesis of fun. Things that would be more fun than this film:

All these things are in the movie. But no one wants to pay to watch other people do them.
The original Unfriended has a lot of plot holes that center around technology. I will not delve into them as there are much better videos that do so.(2) But the main defense you can offer in that film is that the characters are dealing with a ggg…ggg…GHOST!

And I would have got away with the Gettysburg Address, if it weren’t for you meddling kids!

In Unfriend: Dark Web, we must assume that the characters exist in our current world. So, when a character uses a program to delete web messages he is sending on Facebook, we have an inherent problem of realism. Reality is stretched further when an evil kabal of cyber hackers photoshops our main character’s face over a kidnapper’s face in a single frame of a video… they know that they will have to do that for every frame of the video that shows his face, right?

In this movie, Mathias, the main character, finds a laptop at an internet café. He then waits two weeks and then claims it as his own when no one picks it up. We find out at the end of the movie that this was the Circle’s (the central antagonists) plan to frame someone as the mastermind behind the kidnapping of Erica Dunn, a girl who went missing, and for all the other awful content on the computer. However, to get at those files, a person would have to run a program to decrypt them. Luckily our main character’s friend sends said program to him… after he already guesses the laptop’s password. Again this plan is convoluted and requires a lot of variables to magically happen or it does not work.

So, the question becomes, did Mathias steal the laptop and who has the greatest claim of ownership over the laptop? This is one of the elements of the film that almost gets it right.
California's Penal Code 485 is the Law Against Appropriation of Property, generally known as theft.(3) This includes finding lost property in circumstances where the true owner is known or could be discovered and taking it for your own use without first attempting to make reasonable efforts to find the owner and return said property.

In this film, there are plenty of clues as to who the owner is. We first are presented with a fake message from Erica Dunn that it is her laptop. There are also indications that this laptop belongs to someone with username Charon IV. Mathias did not attempt to take the property to find its true owner; he took it to work on his new program Papaya to converse with his girlfriend. So unless Mathias took reasonable steps to return the property to the rightful owner then he could be charged with either an infraction, a misdemeanor, or a felony. Likely the middle one, as the value of the laptop exceeds $950, but the circumstances and his lack of prior criminal history (we can assume) would mitigate things.(4)

However, most of the film is Mathias trying to return the laptop to its owner to save his girlfriend. So, a defense attorney would have a pretty good claim that he was not guilty of the offence due to the efforts he made to return the laptop. Temporary deprivation of property does not meet the standard for theft.(5)

Also in reality, the Circle had purposely abandoned the laptop to frame Matthias, and you cannot steal abandoned property.(6) So while Mathias has the guilty mind for theft, he has not committed the act of stealing. The true owner always has the greatest right to the property, followed weirdly enough by the occupier; which in this case is the internet café. So, since the Circle does not want it, this film could have turned into a courtroom drama between a man and an internet café fighting over a laptop in small claims court, which somehow would have been more enjoyable.

I don’t want to retread my Freddy Krueger article, but I also wanted to bring up another issue with warrants.

One of the characters in Unfriended: Dark Web is a paranoid conspiracy junky. The villainous hackers edit together clips of his conspiracy YouTube show (despite saying he was untraceable earlier in the movie even though he is using Skype which by default easily reveals your IP address)(7) and place a call to the police using the clips of his voice to simulate a mass shooting threat. The call was made 10 minutes prior to when the characters are shown what happened. The police bang on the door and yell “Police, we have a warrant” and “get on the ground.” Instead of getting on the ground, he walks to open the door and the hackers play a sound effect of a shotgun cocking, which leads to the police shooting him. Then the Skype call ends and the police presumably get a warrant to search his hard drive. That or somehow the hackers remotely wipe his hard drive before the police turn it off and seize it as evidence.

But the whole time I was watching this scene, I kept thinking, (A) do the police need a warrant and (B) could they have even pulled one in 10 minutes at 1 in the morning?! (I forget the exact time but it was late/early when this happens)

The reality of “Swatting”, or prank calling emergency services to bring armed police to someone’s house, has been deadly in the past. This element could have offered an interesting thematic angle. In Wichita, Kansas, a man was killed by police as the unfortunate victim of a Swatting prank, where the wrong address was used. The three perpetrators were charged with Federal crimes including conspiracy to make false or hoax reports, obstruction of justice, conspiracy to obstruct justice, wire fraud; and state crimes of cyberstalking and involuntary manslaughter.(10)(11)

But they won’t catch our super hi-tech hackers, now will they?

If possession is 9/10ths of the law then the other 1/10th is this film’s accuracy. I would give this Unfriended: Dark Web a 1/10 as well for enjoyability. It is a perfect film for people that enjoy the misery of others, laptop static, and unrealistic depictions of technology.

Unrelated: there is a scene where a character is taken off life support by the hackers, but we don’t see a person in the room with her who pulled the plug. Did the writer think you can remotely shut off someone’s life support equipment?!